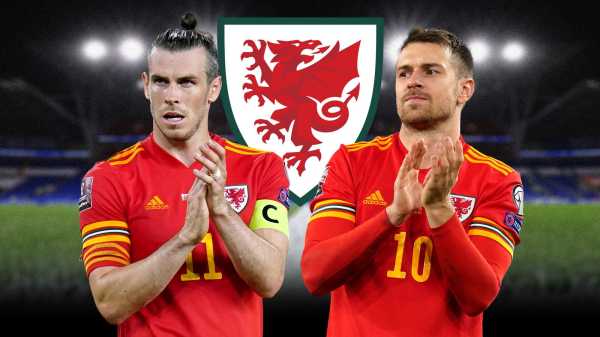 Wales’ pair of Lamborghinis – Gareth Bale and Aaron Ramsey – have been gathering dust in the garage. Yet, they remain pristine, glistening in national beauty and pride. The expectation for sheer exhilaration is still there, too. But what is under the bonnet?

“For players in the dressing room, when they look left and see Ramsey and look right and see Bale, it makes you feel like God.

“If one is missing, the other one will step up. As a double act, there is nothing better.”

It’s hard to argue with Ledley when dissecting the numbers. In the last 56 competitive games for Wales, Bale and Ramsey have been responsible for 71 per cent of goal involvements (goals and assists).

Move over, Ant and Dec. 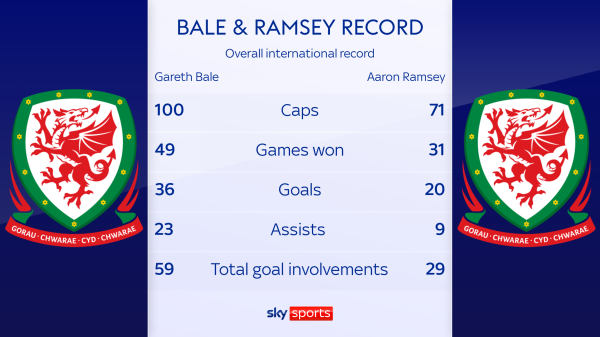 Wales are just two victories away from qualifying for their first World Cup since 1958. Bale and Ramsey have played central roles in bringing belief, excitement and memorable moments back to Welsh football but getting to the pinnacle tournament in the international football calendar is an itch they have yet to scratch.

Speaking to their former teammate Ledley is like talking to a hardened Welsh football fan who has followed the national side through thick and thin. But this isn’t just a fan. This is a man that won 77 caps for his country, providing steel and class to a side where Ramsey and Bale have shone over the past decade. 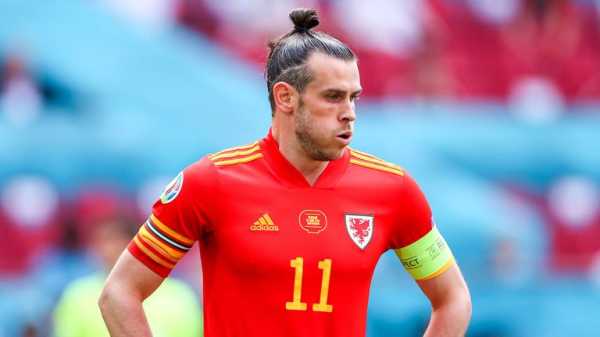 Welsh football remains at the heart of his life.

In our early communication to plan this interview, his WhatsApp profile photo caught my eye. It’s one of him and Bale, arms together, blaring out the Welsh national anthem before the Euro 2016 semi final vs Portugal. That said it all. 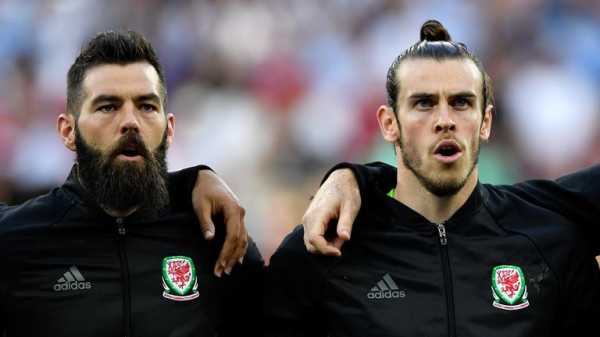 “I’m so nervous,” he says as our chat begins.

“It took us years to build this.

“I came through the ranks with Gareth, Aaron, Chris Gunter and Wayne Hennessey – we are all about the same age – and then the likes of Ashley Williams, Joe Allen joined. We had to stick together and change the way Welsh football was going. We had been shocking over the years.

“We always had the ability but we needed to show togetherness. And we did. Everyone started to mix in, get involved in the banter and enjoy meeting up with Wales. We started this and I’m proud it has kept going – now we are just two games away from the World Cup.

“They are my mates at the end of the day. They aren’t colleagues or teammates anymore – they are my friends. That goes a long way. I’ll be keeping in touch with these boys for the rest of my life. 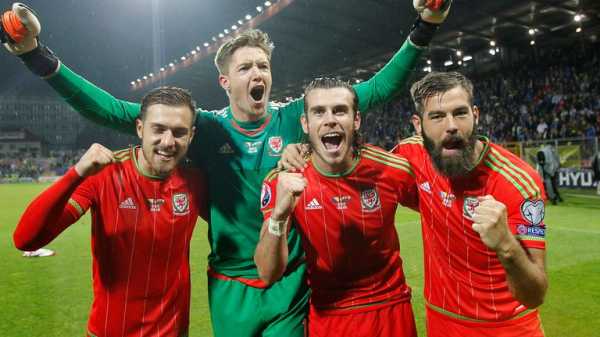 “I can probably count on one hand the people I still speak to from my club days. International level is different. We always keep in touch and there is no awkwardness when we meet. The conversation is always flowing. They are excited to see you. There is so much respect and we can absolutely classify one another as friends.

“I know for a fact that when these boys retire, we’ll be seeing one another a lot more.”

So, two games. Two more visits to the well. Two more pushes. That is what is required from Ramsey and Bale. But do they have it in their legs?

Both will answer those questions on Thursday night at the Cardiff City Stadium. It doesn’t get much bigger for Welsh football.

The winner of the Wales vs Austria semi-final will face the winner of Scotland vs Ukraine, a game that has been postponed. 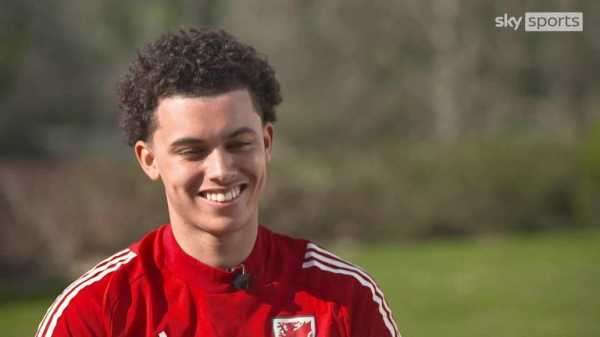 Nottingham Forest and Wales forward Brennan Johnson says he is enjoying his football more than ever, with his current form receiving praise from Roy Keane

Scotland and Ukraine’s fixture will now be played in June, with the play-off final to follow in the same month.

Wales are of course unlikely to ever win a tournament and there’s a very good chance that we’ve already seen their best ever tournament run in Euro 2016 that broke that the psychological barrier of failures of yesteryear. But if this group of players – including the big names from 2016 who are coming to the end of their careers like Bale and Ramsey – can be the first to get to a World Cup in 64 years then it’ll cap off an incredible period in Welsh football, and continue the momentum for the next generation.

Wales have lost only one of their last 19 qualifying home games since 2016 (W11 D7). However, in terms of preparations, the situation regarding two of his key players for Robert Page isn’t ideal. 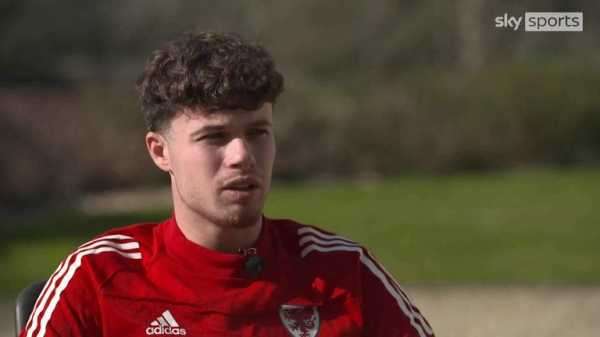 Both Ramsey and Bale aren’t playing enough football for players of their supreme talents.

Bale has only played 78 minutes of club football since August whilst Ramsey has just 118 minutes in his legs since joining Rangers from Juventus. A first goal for the club on Sunday was perfect timing though as he heads back to basecamp.

“It’s been a waste,” Ledley says of Bale and Ramsey’s lack of game-time at the top level.

“As Welsh fans we respect those two guys much more than Real Madrid and Juventus have. We know their capabilities. I’m certain Gareth Bale is still capable of getting into the Real Madrid first team and I don’t know what has gone on with Aaron Ramsey at Juventus. When you are losing 3-0 in the Champions League and generally having a terrible season, it’s bizarre to let a player of his calibre go.”

‘Wales. Golf. Madrid. In that order.’

You get the impression ever since Wales were drawn against Austria, Thursday 24 March will have had a huge circle around it in Bale’s calendar.

Remember that flag: “Wales. Golf. Madrid. In that order.”

A day after missing one of the worlds biggest club matches in El Clasico, because, according to Real Madrid coach Carlo Ancelotti, he wasn’t up to playing, Bale joined up with the Wales squad and reports have been very positive that the back issue causing him problems will be manageable for this one-off encounter.

Wales’ record scorer is still delivering for his country. He was their top scorer and ranked highest for assists and chances created per 90 minutes in their qualification group.

In the last three World Cup qualification campaigns, Bale has been involved in 42 per cent of Wales’ 36 goals (11 goals and four assists).

Just Bale’s name on the Wales team sheet will be a psychological boost for the home side and a negative for the Austrians, according to Ledley.

“It’s not just a boost for Wales but it affects the opposition central defender or full back,” he said.

“Austria will be nervous as hell being up against Gareth Bale. 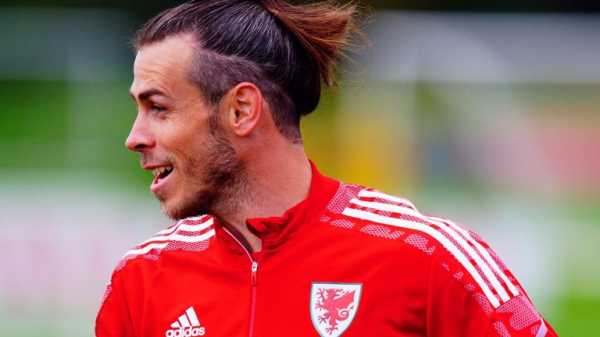 “Against the Republic of Ireland in 2018 in World Cup qualifying we played a winner-take-all match to get to the play-offs, Bale was missing and it gave them a massive boost. It wasn’t meant to be for us that day [Ireland won 1-0] and Bale was definitely missed. He is unreplaceable.

“He has changed his game slightly to lessen his running but once he puts the Welsh shirt on, everything else will go out of the window. I’m certain he will step up to the plate – like he has always have done. What he’s done for Welsh football is remarkable.”

Ledley: No worries about Ramsey’s levels 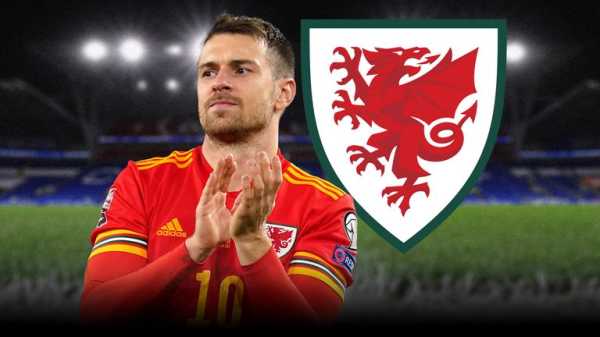 Wales have been here before with Ramsey and a lack of football. He had barely been seen on a football field ahead of the two previous international breaks. But Ramsey started all four of those important qualifiers against Czech Republic, Estonia, Belarus and Belgium last year, scoring three goals as Wales booked their place as seeds for these play-offs.

“We have no worries with Aaron in terms of his fitness,” Ledley said.

“And he’s got more minutes under his belt now than he did for the last camp and scoring last weekend will have been great for his confidence.

“His fitness levels are frightening. I’ve worked with him for many years. He doesn’t stop running. He helps out all over the pitch, tracking back. On the flip side he can also make that third man run and make the difference in the opposition box which then gets him his goals. He goes under the radar. He’s still a massive player in this squad.”

Flashes of the old Ramsey, pummelling Premier League defences with his ruthless finishing and energy are starting to erode from recent memory. But there is something about the Welsh national jersey rekindling that spark within the likeable 31-year-old.

Against the Czech Republic in October, Ramsey was head and shoulders the best player on the pitch which drew comments from Page such as: “It’s just a pleasure to watch Aaron Ramsey play.” 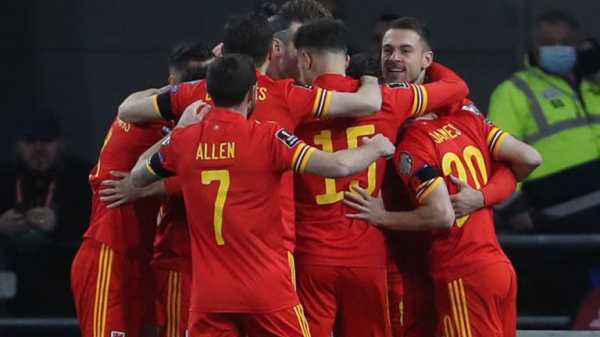 Image: Wales players celebrate after Aaron Ramsey put them ahead in the Czech Republic

Some may have forgotten just what Ramsey can do at the top level.

When asked about any particular standout moment of Ramsey brilliance during his time playing with the former Arsenal midfielder, Ledley replied: “When we beat Russia 3-0 in Euro 2016. He was unbelievable in that game.

“I think Ramsey was the player of that tournament at Euro 2016. His goals, his work rate, he didn’t put a foot wrong. If we got to the final, he might have had a chance to win that award.

“The best thing about him is his mentality. If he loses the ball, he won’t hide. He will always go looking for it.

“He made my job very easy as a midfielder as he was so intelligent. We had such a chemistry when we played, which is difficult to find with the national team as you don’t train as much. We always would stay behind at Cardiff and do extra passing and shooting. That paid off. I just knew where he was when I got it on the half turn. It was an honour to play with him.

“Hopefully he would say the same thing – but I doubt it!” 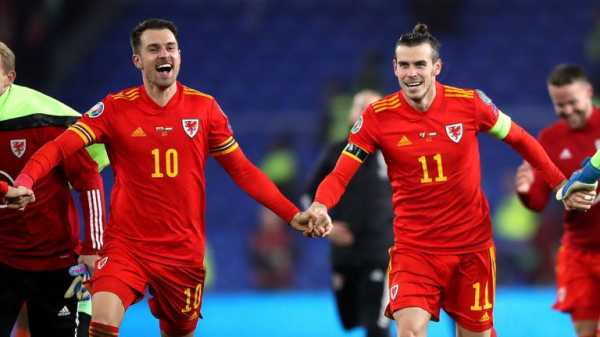 Ahead of the 2022 World Cup play-off semi-final between Wales and Austria, Robert Earnshaw believes The Dragons will never have a better chance of World Cup qualification

A nation is hoping that when Wales put their foot down on Thursday, Bale and Ramsey’s engines purr like they always have done when it has mattered most.

Watch Wales vs Austria in the World Cup play-offs live on Sky Sports from 7pm on Thursday; Kick-off 7.45pm.