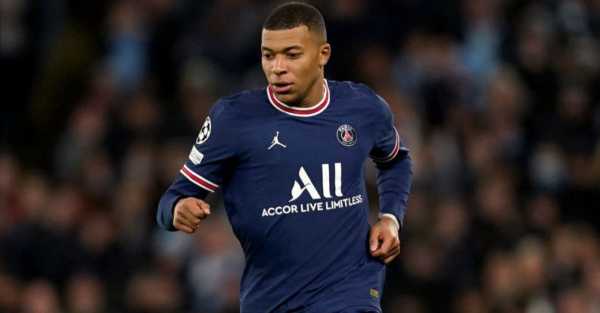 Paris St Germain are confident of keeping Kylian Mbappe, according to the Telegraph. The 23-year-old striker is out of contract in the summer and has been heavily linked with joining Real Madrid. But it has been reported that the Ligue 1 champions have gained a new sense of hope they will agree a new deal following talks with Mbappe’s mother, who represents him.

Newcastle are plotting a move for Tottenham midfielder Pierre-Emile Hojbjerg, according to the Express. The 26-year-old is reported to be high on manager Eddie Howe’s summer wishlist, with the club said to be preparing a £30 million (€35m) bid.

Sevilla defender Jules Kounde is eyeing a summer move to Chelsea, according to the Times. The 23-year-old almost found himself at Stamford Bridge last year, and with the imminent exodus of Blues defenders Andreas Christensen and Antonio Rudiger, both parties are believed to be keen on a deal once the London club’s sale is complete.

Aurelien Tchouameni: Liverpool have contacted Monaco over the 22-year-old midfielder, according to Foot Mercato.