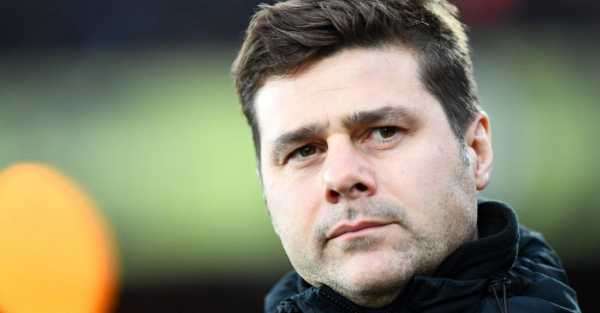 Manchester United have placed Michael Carrick in temporary charge after sacking Ole Gunnar Solskjaer on Sunday and are hoping to appoint an interim boss until the end of the season.

A host of names have already been linked with the Red Devils but Mauricio Pochettino has emerged as favourite to become the club’s next permanent manager.

Here, the PA news agency looks at five reasons why the Paris St Germain boss would be a good fit at Old Trafford.

United’s squad of world-class players have appeared to be devoid of ideas this season with no clear gameplan and Pochettino’s blueprint would deliver the attractive football United fans have identified with down the generations. The Argentinian’s sides play high-tempo, possession-based football under-pinned by a high press, with each player’s role clearly defined and interchangeable to allow for swift transition.

Pochettino’s detractors point to his lack of major trophies and claim his football philosophy is not geared for consistent success. The former Argentina defender guided Tottenham to the Champions League and League Cup finals and won the Coupe de France last season and although PSG missed out on the Ligue 1 title, his several near-misses have left him even more determined to prove his critics wrong.

Young players have struggled to shine at United in recent seasons as the pressure at Old Trafford has mounted, but Pochettino has a proven track record at getting the best out of young talent. Harry Kane, Dele Alli and Eric Dier all thrived in their early careers under the former Southampton boss at Tottenham and of the leading contenders available to United, Pochettino is the best bet to harness the likes of Jadon Sancho and Mason Greenwood.

United’s hierarchy will expect their next appointment to hit the ground running and several leading contenders – Zinedine Zidane, Erik ten Hag, Ralf Rangnick and Laurent Blanc – have no previous managerial experience in the Premier League. Pochettino led Southampton to their highest top-flight finish in 14 years before galvanising Tottenham, who secured a top-four finish in four of the five seasons he was in charge.

Solskjaer preferred to observe from the sidelines after delegating training and tactical duties to first-team coaches Michael Carrick and Kieran McKenna, but there would be none of that with Pochettino, who is a disciple of Leeds boss Marcelo Bielsa. Pochettino is heavily involved on the training ground in order to stay on top of every last detail. He places the emphasis on his players’ fitness and ensures clearly defined messages to every individual are delivered.