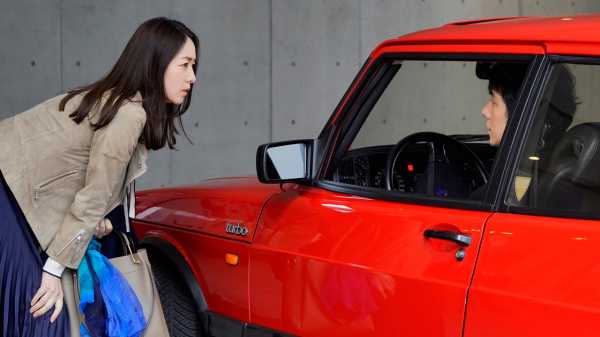 When credits are placed unconventionally in movies, it’s usually a matter of flashy style, but in Ryusuke Hamaguchi’s new film, “Drive My Car,” opening on Wednesday, it’s a matter of dramatic substance. The credits don’t turn up until about forty minutes into the movie, which runs a minute shy of three hours; they mark the border between prelude and action. It’s a long setup, and it might have been exasperating if not for Hamaguchi’s suave sense of melancholic style, marked by a luminous yet cold fluidity, like a limpid stream of water that stings.

“Drive My Car,” based on a story by Haruki Murakami, is a movie about artists and their many forms of collaboration—cursed and blessed, inescapable and ill-chosen, behind the scenes and on public display, affably professional and ineffably intimate. It’s one of the great movies about the continuity of art and life, about the back-and-forth flow between personal relationships and artistic achievements—and about the artifices and agonized secrets on which both depend. The story begins with a fortysomething married couple at home in Tokyo, a TV screenwriter named Oto (Reika Kirishima) and her husband, Yusuke (Hidetoshi Nishijima), an actor and stage director. Oto has a peculiar creative process: she tells stories while she and Yusuke have sex, and the next morning Yusuke recites them back to her. She then fleshes the stories out, but if she’s stuck on a detail she leaves it to be completed in another sexual brainstorm. Whatever works. In any case, a complication arises when Yusuke, returning home unexpectedly one day, finds her in bed with another man. (He sneaks out silently without interrupting the lovers.) Then, on the very day that Oto is preparing Yusuke for a serious talk about their relationship, she dies, suddenly, of a cerebral hemorrhage. Two years later, he’s invited to direct a production of “Uncle Vanya,” the play he was starring in when she died, at an arts festival in Hiroshima. The credits feature Yusuke at the wheel of his beloved car, driving from Tokyo to Hiroshima, to begin the project that makes up the core of the movie’s action.