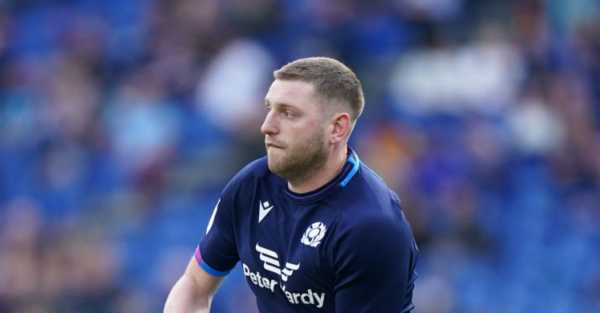 Scotland talisman Finn Russell has been dropped to the bench for this Saturday’s Guinness Six Nations showdown with Ireland in Dublin.

Edinburgh’s Blair Kinghorn takes the place of the highly-regarded Racing 92 stand-off, whose performances in this year’s tournament have been the subject of scrutiny from some critics.

The omission of Russell, who is named among the replacements, is particularly notable since head coach Gregor Townsend has made only two changes to the side that started last weekend’s bonus-point victory away to Italy.

The other alteration is in the second-row, where Jonny Gray, who has missed the last two games through injury, returns in place of his Exeter colleague Sam Skinner, who drops to the bench.

London Irish’s Ben White and Glasgow’s Fraser Brown are both listed among the replacements as the Scots bid to pull off an upset and finish their campaign with three wins from five matches.