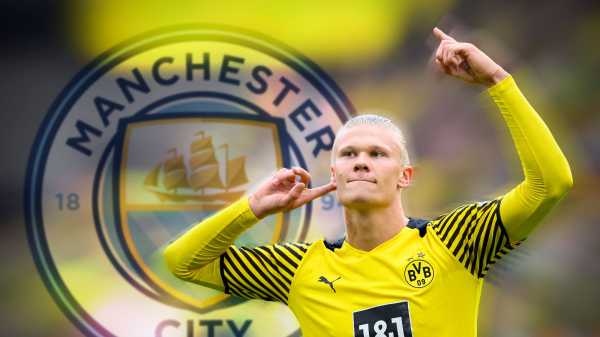 Why is the Haaland fee relatively cheap?

But for a club the size of Manchester United you can’t have one of their star players having a release clause that is only €60m, one of their rivals could come up and sign him. That’s the reason he is going for a relatively cheap fee, this release clause. He was effectively using Dortmund as a stepping stone and I don’t think a club like Man Utd would have accepted being used as a stepping stone. You have to say Haaland’s agents are being clever.

Does team Haaland’s plan set a template for future transfers? 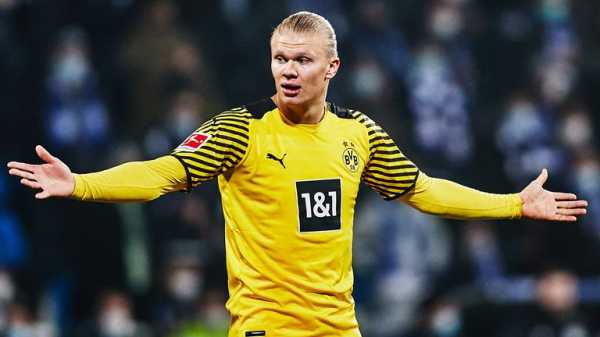 Erling Haaland has taken the Bundesliga by storm, becoming Borussia Dortmund’s talisman since his debut in 2020.

If you’ve got a really good young player, you’ve seen young players going to the Bundesliga in Germany because it’s a great stage. You are going to get to play in one of the best leagues in the world, you’re in the shop window, you can develop playing first-team football and you increase your value. We saw with Jadon Sancho and Jude Bellingham, and Haaland as well.

I think all of these agents are thinking about the next move. When they have a great young player, they hear of interest from Real Madrid or Barcelona, but sometimes those moves don’t make sense because they might not play and they could get farmed out on loan. It is much better to manage a player’s career, step by step by step. If you look at Haaland’s carer he started at Molde, then to Salzburg, to Dortmund, to Manchester City and then who knows in the future there is still time for him to go to a Real Madrid or Barcelona.

How much is being paid to agents?

It’s difficult to speak about specific numbers at the moment, especially after Mino Raiola passed away, so it is quite a sensitive subject. But the numbers being talked about are incredible and they’re the sort of numbers that some clubs would refuse to get involved with. City will be paying millions and millions of pounds to agents to do this deal and they’ll be comfortable with it. It makes financial sense because, realistically, in a normal transfer market Haaland would be worth £150m so you have a bit of space to pay all of the associated commissions. When Pogba moved to Man Utd for £90m Raiola was said to have made at least £25m from the deal. Those are the kind of figures you are looking at. Romelu Lukaku’s move to Manchester United, his agents were asking for £10m, which is why Chelsea refused to do a deal. We are talking big numbers, but if he carries on doing what he is doing on the pitch, I think City will be very comfortable with the numbers, even though it is going to cost them an overall investment of close to £200m.

Did the death of Mino Raiola impact negotiations? 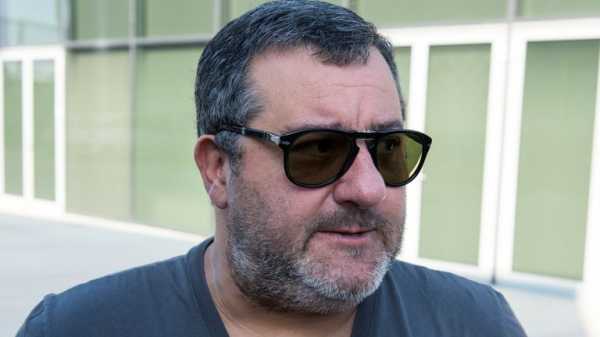 It’s not just Raiola, Haaland has a lot of people around him. His dad is very close to him and advises him. So a lot of the work on this deal would have been done months and months ago. People would have known months ago that he has this in his contract so they would have made contact. Clubs like Barcelona, Real Madrid and Bayern Munich would have explored the signing and held talks about it. At the end of the day, he has chosen Man City.

Everyone says the only thing missing from this squad is an out-and-out number nine and they’ve gone out and bought the best young out-and-out number nine out there. It gives them another option, we know they play without a striker, with a false nine and Guardiola is comfortable with that. But now they have another option as well, it makes them stronger. It’s a daunting prospect for the rest of the league. If City win the title, they are not sitting back, they are improving on their squad even more.

How does his arrival impact Jesus? 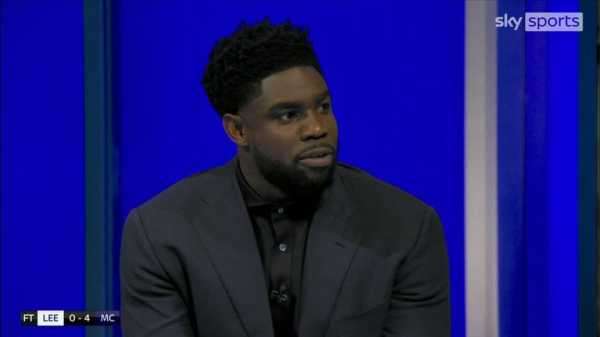 I think it will be interesting what happens to Gabriel Jesus, if he stays or decides now is the best time to leave. We know Arsenal are interested in signing him – will he feel that he will get more game time if he moves? You can also make a pretty good case for the fact that they need Haaland and Jesus. Manchester City are expected to be fighting on all fronts until the latter stages of the season, there are plenty of games to be played. But then you have the arrival of Julian Alvarez from River Plate in the summer – that could be a sign that Gabriel Jesus is leaving. I think that would be a great signing for Arsenal. 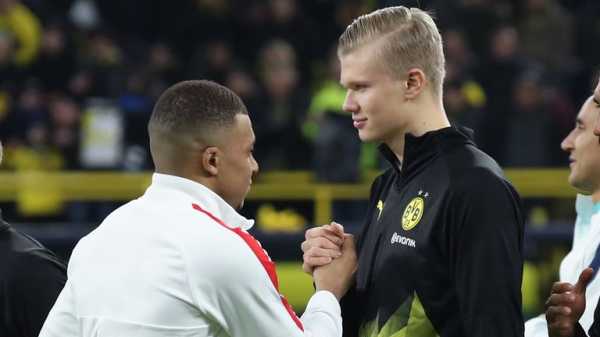 Real Madrid wanted to sign Kylian Mbappe and Erling Haaland this summer, but I think Mbappe was their No 1 target and they can get him on a free transfer. They are doing whatever they can to get him, but people close to him are advising him to stay at PSG, who are making him massive offers to get him to stay at PSG. As far as Haaland and Real Madrid were concerned, they don’t have a pressing need to sign him because of Karim Benzema, who is in such good form at the moment. Further down the line they want Haaland, but I think at the moment Haaland wanted him more and Real Madrid have focused on trying to get Kylian Mbappe.

How will this impact the future of other strikers? 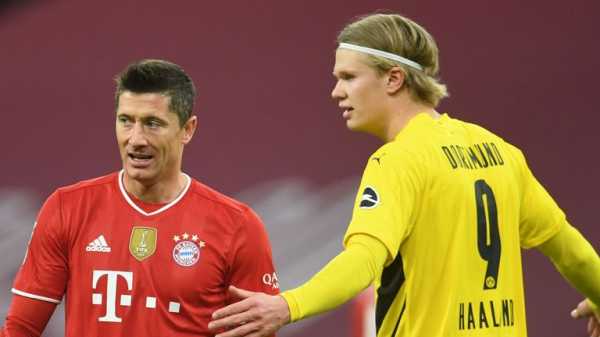 Image: Could Robert Lewandowski be on the move?

There is the question of Robert Lewandowski. Bayern Munich want him to stay, but they have been preparing for him leaving or retiring. That is why they wanted Haaland, but I think he wanted to try himself in a different league. Lewandowski, if Kylian Mbappe goes to Real Madrid, I can see PSG signing Lewandowksi. His agent has very good links with PSG, and I think it would appeal to him to go to Paris. That is one to look out for.

Harry Kane, he obviously wanted to join Manchester City last summer, but it didn’t work out. Is he now going to sign a new contract at Spurs and stay there for his whole career? I think if they qualify for the Champions League there is a good chance of that happening. As far as Kane is concerned, you’re looking around and thinking who is out there that can afford to sign him. Spurs were asking for £150m last summer, his price might come down a bit a year on. But I think it’s good news for Spurs fans that Haaland is going to City.

It’s interesting as well, because I think Chelsea would have been in for Haaland if it wasn’t for all of the uncertainty around the ownership and the fact that they signed Lukaku. I think a lot of Chelsea fans will now be thinking instead of going for Lukaku we should have tried harder for Haaland. I think if Abramovich was still at Chelsea, and they hadn’t signed Lukaku, Chelsea would have put up a real fight to get Haaland. 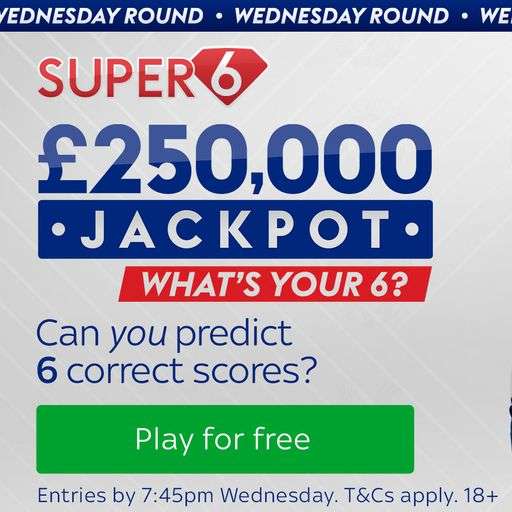