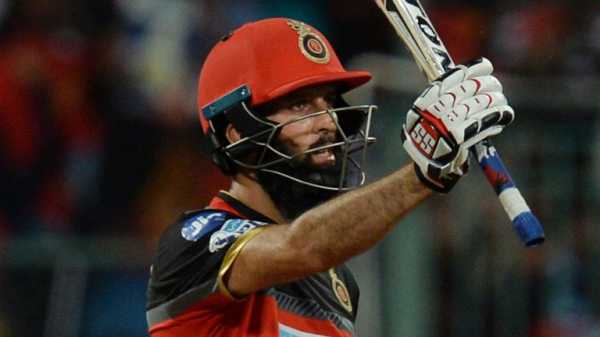 We’re into the IPL playoffs!

But, with that, we only take five Englishman with us through to the knockout stages, meaning for the other six this was their last chance to leave a mark on the 2018 tournament.

So, how did they all do? Who is hitting form, or losing it, come crunch time? And who bowed out in style or with a whisper? Read on to find out…

Hales has had a mixed tournament since joining up with the Sunrisers, summed up best by his innings in defeat to RCB. On the surface, his 37 off 24 balls – containing a couple of boundaries and three sixes – looks to have got his team off to a good start, but Hales could, and arguably should, have been dismissed much earlier. He served up two chances, one dropped by Virat Kohli and one seemingly caught by Tim Southee only to be surprisingly overturned by the third umpire with questions over whether it carried, though there were no such questions over the stunning AB de Villiers catch that eventually dismissed him. Left out of Sunrisers’ final group game against Kolkata, Hales’ playoff place is now in jeopardy.

AB de Villiers and Rashid Khan took superb one-handed catches in the IPL in the game between RCB and Sunrisers.

Buttler – on the day he celebrated a recall to England’s Test squad to play Pakistan – missed out on a record sixth consecutive T20 fifty as Rajasthan tumbled to a six-wicket defeat to KKR, but he still left a lasting impression. Buttler clubbed every single one of Shivam Mavi’s deliveries in the third over for either four or six as he plundered the Knight Riders 19-year-old seamer for a massive 28 runs! However, Buttler could only another nine runs from his next 11 deliveries as the Royals were first pegged back and then skittled for 142 following his wicket in the 10th over. 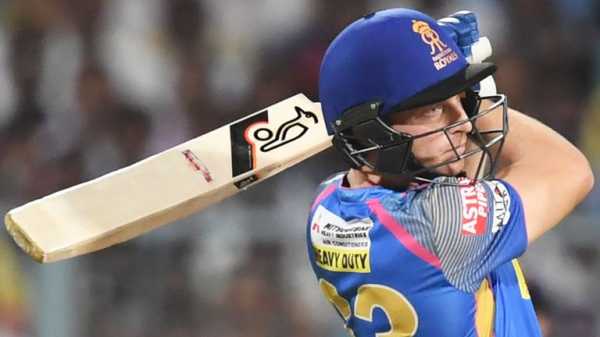 The pick of the action from Eden Gardens as Kolkata beat Rajasthan by six wickets.

Stokes is back home too for the Pakistan Tests, having not captivated IPL audiences in anywhere near the same way as he did in 2017. A year ago, for Rising Pune Supergiant, Stokes struck 316 runs – including a century – at an average of 31.60 and took 12 wickets in as many games. This year, those numbers have slipped to 196 runs at 16.33 and eight wickets over 13 matches – three of those came against Kolkata, as he bowed out in style with the ball at least, taking his IPL-best figures. With the bat though there’s work to do before that first Test against Pakistan on Thursday.

Moeen himself might briefly have been hopeful of an England recall, due to the injury to Somerset left-arm-spinner Jack Leach on the eve of the first Test squad announcement, only to be bypassed by Leach’s county team-mate Dominic Bess. Far from sulking, big Mo showed the selectors what they’re missing – though more with the bat – by smoking his first IPL half-century, firing six maximums in his 65 off 34 balls against Sunrisers. Not only that, but he also will have enjoyed picking up the wicket of his international team-mate Hales – though owing a lot to a helping hand (literally) from De Villiers. His second, and final, outing of the week was also RCB’s last of the tournament and an instantly forgettable one which saw Moeen bowl two wicketless overs and manage just a single run in defeat to Rajasthan. 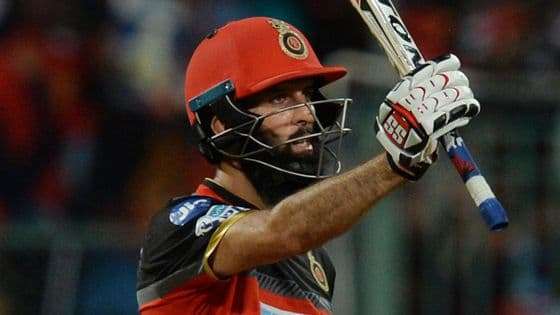 The pick of the action as RCB beat Sunrisers in the IPL.

Plunkett was afforded one final go for Delhi in the bottom-placed side’s last game against playoff-chasing Mumbai. It started well enough for the Yorkshire and England fast bowler, conceding only 12 runs from as many deliveries but, with the Daredevils in charge coming into the final three overs – Mumbai still needing a steep 38 runs to win – Plunkett proceeded to conceded 14 runs from his first three deliveries to Ben Cutting and open the door to the Indians. He made amends somewhat with just a single coming from his final three balls, and Delhi ultimately held on for an 11-run win to send the defending champions crashing out. 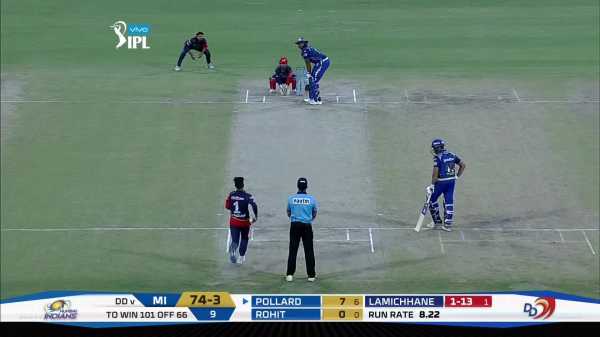 A dismal week to forget for Billings, and at just the wrong time, on the eve of the playoffs. Barring one or two games out of the side, Chennai had largely persisted with the Kent and England batsman through the tournament despite returning four single-figure scores in five innings’ since a match-winning 56 on his Super Kings debut against Kolkata. Well, make that sixth and seventh single-digit efforts following his two innings against Delhi and Kings XI this week. One run in five balls against the Daredevils – out top-edging an attempted sweep off Amit Mishra – was followed by a first-ball duck against Kings XI, comprehensively bowled by Ankit Rajpoot. His Week Seven score equals his runs tally.

As many as six England players have already, or are about to make their way home. As well as Stokes and Buttler, Chris Woakes too returns for Test duty, having not featured for RCB since the opening five games of the tournament anyway. Meanwhile, Bangalore team-mate Moeen, and Plunkett and Jason Roy – who failed to feature in Week Seven – too say goodbye to the IPL with the group-stage exits of their teams. David Willey (Chennai) and Tom Curran (Kolkata) are still hopeful of forcing their way back into the starting XIs of their respective sides, as is Chris Jordan, still with only the one solitary appearance for the Sunrisers to his name.

Sky Sports will continue to show every IPL game live, so fans from all over can enjoy the best of Indian cricket.