England suffered a 1-0 defeat to Italy which saw Southgate’s side relegated to League B of the Nations League.

It’s now their fifth game without a win – their worst run in eight years – which ramps up concerns about the prospects of the Three Lions two months out from the World Cup in Qatar.

‘No excuses for defeat to Italy’ 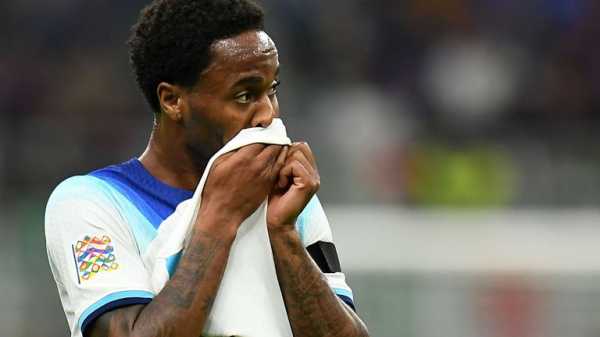 A key question for England, Gareth Southgate and the supporters now is when does a blip become a malaise?

There were reasons why and excuses for England’s poor performances and results in the summer. The players were tired and there were a lot of players missing because of injury. Southgate said he was trying to rest and protect several players who had played a lot of minutes, and a couple of the games in the Nations League back then were in empty stadiums and behind closed doors.

However, you can’t use any of those excuses for England’s defeat to Italy in the San Siro on Friday evening. 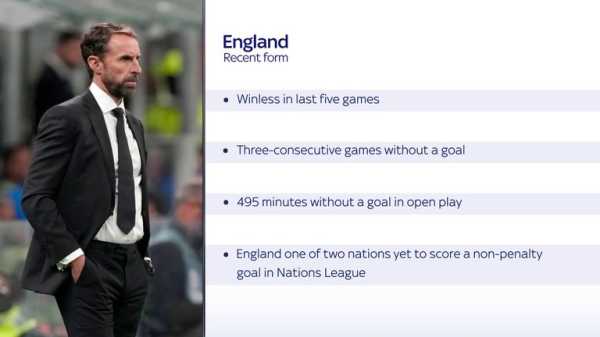 This Italy team is at one of its lowest ebbs in its history. One Italian journalist said to me it is one of the poorest Italian teams he can remember.

They haven’t been scoring goals and were without Ciro Immobile, who is their main goal getter, and yet England’s defence were still given a huge number of problems. Some of those issues were from basic long balls over the top, which were simply not dealt with, and that is where the Italy goal came from.

‘Defensive issues remain; Too many key players out of form’ 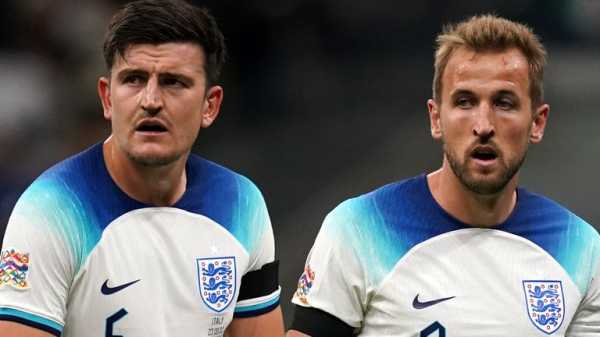 Image: Harry Maguire and Harry Kane started for England against Italy in the San Siro

The focus was on Harry Maguire before the game. He hadn’t played in six Premier League matches for Manchester United but was given a start by Gareth Southgate.

I thought he did okay but it did look like there was miscommunication and disorganisation between him and Eric Dier and Kyle Walker at various times.

Jude Bellingham, again, there was lots of focus surrounding him before the game. I thought he did well linking up the play effectively, but if Harry Kane and Raheem Sterling are ineffective in the game, as they were against Italy, and aren’t going to get England’s goals, there is a fear about where the goals and the creativity comes from. 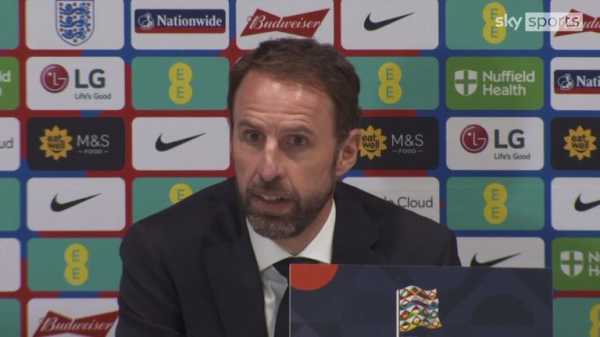 England manager Gareth Southgate reacts to England being relegated from their top tier group in the Nations League, as their poor form continues with no win from five games in a row.

Phil Foden played well but he couldn’t do it all on his own.

Those defensive frailties are still a growing concern, but I think the biggest problem is that England have too many of their key players out of form and not playing regularly for their club. They are just not getting enough football.

Maguire is at the heart of that, Luke Shaw, Ben Chilwell, Kalvin Phillips and Jack Grealish even, who did okay and provided a bit of a spark when he came off the bench against Italy.

How does Southgate turn it around? 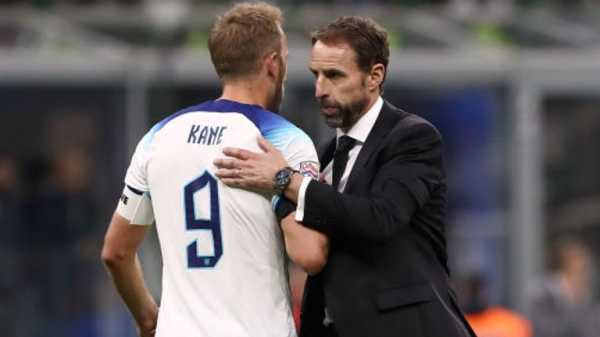 But the real concern for Southgate now is how does he turn this momentum around? He’s got one game left against a really good side in Germany at a packed house at Wembley on Monday night.

England desperately need a result against Germany to restore some confidence amongst the squad and some belief amongst the wider England support base as well.

Remember, it is just 58 days now until England’s opening game against Iran at the World Cup.

England are winless in their last five matches (D2 L3), their longest run without a win since June 2014 (also five).

It’s England’s longest run without a win in competitive internationals since October 1992 (five then also).

England have gone three consecutive internationals without a goal for the first time since November 2000, with the third game in that run also against Italy.

The Three Lions are on a run of 495 minutes without a goal in open play, since Raheem Sterling netted vs Cote d’Ivoire in March.

England are one of only two nations yet to score a single non-penalty goal in the 2022-23 UEFA Nations League; the other nation is San Marino. 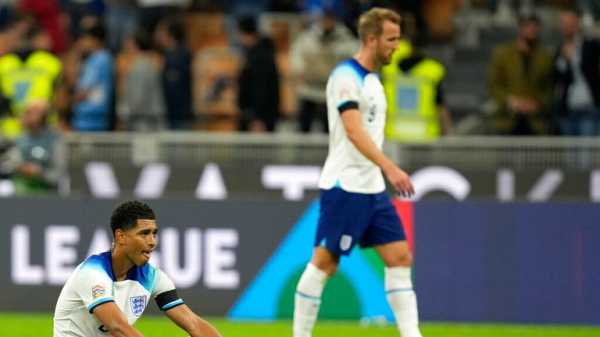 “Gareth Southgate described it as a step in the right direction – but England’s performance against Italy looked more like a team that was lost.

The result was a bad one, given Italy’s recent struggles, and the manner of it has rung alarm bells among the fanbase.

“Two months out from Qatar, England can’t buy a goal from open play, with the attack disjointed from the rest of the team. It’s 22 years since they went three games without a goal at all, while stat comparisons with San Marino’s scoring record in this Nations League underline just how bad it has got. 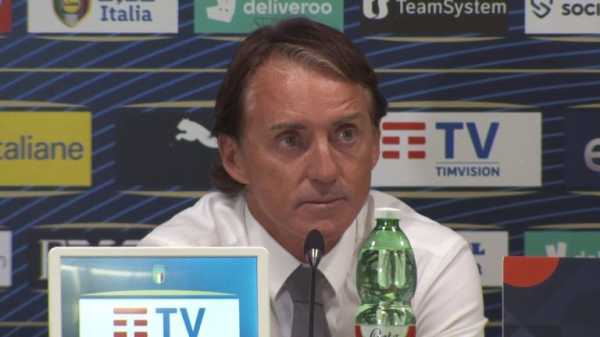 Italy manager Roberto Mancini has backed England to do well in the World Cup, despite their current poor form.

“That disconnection between Kane and his colleagues comes from Southgate opting to pack the defence. And with a back three behind two protecting in midfield, England looked relatively secure – if excessively cautious – until an individual mistake from Walker gave Raspadori room to score.

“However, the change to four at the back to offer more support up top then left England exposed at the other end. One solution seems to cause a problem elsewhere. They are issues you’d expect to have been resolved this deep into a manager’s tenure.

“But unless Southgate can figure out how to get that balance right in the next couple of months, England will have real problems reversing this slump in Qatar.”

It is 22 years since England last went three consecutive internationals without a goal – November 2000. 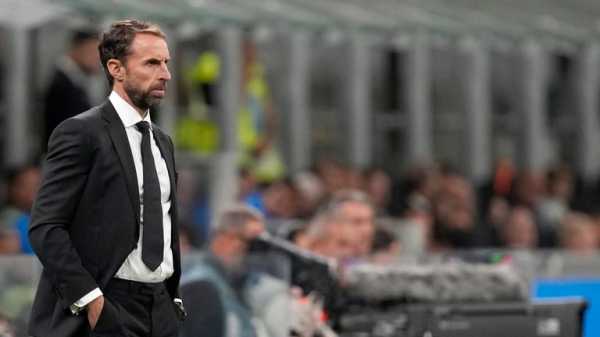 Gareth Southgate said he understands that the results are what people are going to look at. He feels that the team played well against Italy, and he feels the team made a step in the right direction, but I don’t really see that. I see a team that doesn’t know its best formation, that doesn’t know its best starting XI, a team that has one more game before going into a World Cup and at the moment, it is not looking too good.

It’s concerning but this is what England do. We do like to do things the hard way and we have a group of players who can do it, but they now need to live up to the expectations they have set from the Euros and previous tournaments. 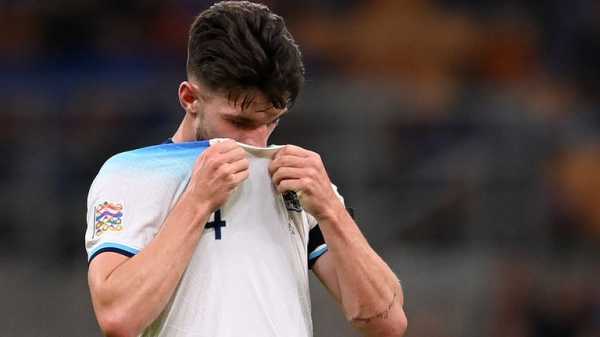 I don’t think we can. We have players like Ben White, who is sitting top of the Premier League at the moment with Arsenal. Fikayo Tomori, who won Serie A last year with AC Milan, but they are not getting a chance. Against Italy, it would have been a great chance to play them and see what they can do.

Yes, Southgate is backing Maguire but he didn’t gain anything by playing him. You need to get other players on the pitch and ask them to show you what they can do. I think that would have been a better way to go.

It’s going to be really hard for England to have any impact at a major tournament, especially the World Cup, if they go into it with players who aren’t playing regularly. 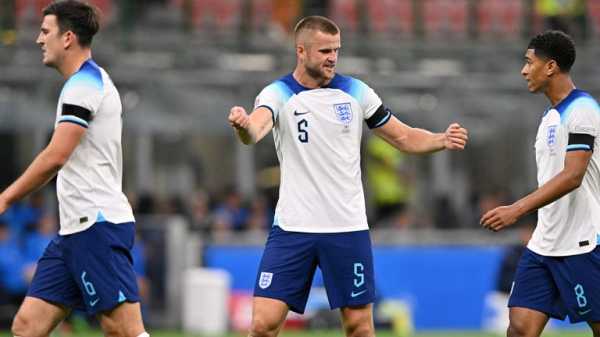 Image: Up next for England is a clash against Germany at Wembley on Monday

England host Germany at Wembley on Monday at 7.45pm in their final Nations League game of their Group A3 campaign. It will also be the Three Lions’ last competitive match before this winter’s World Cup.

Gareth Southgate is expected to name his 26-man squad for Qatar 2022 on October 20, which will be well before FIFA’s deadline of Sunday November 13. 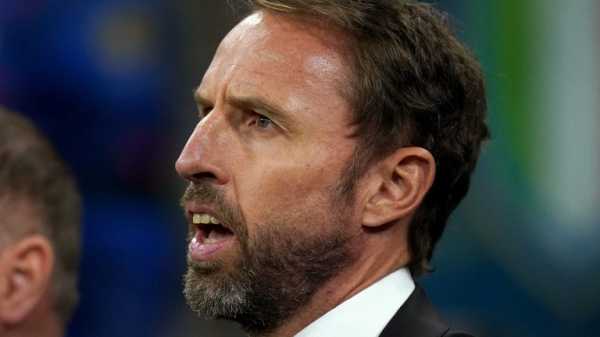 Image: Gareth Southgate thought England took a step in the right direction despite defeat to Italy