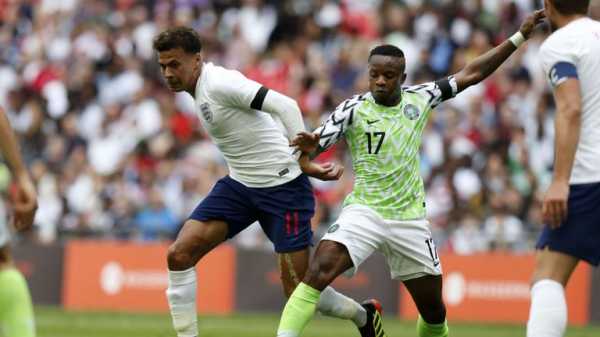 From Raheem Sterling’s response to recent criticism, to Gary Cahill’s case for a starting spot in Russia, we pick out the key discussion points from England’s win over Nigeria.

Gareth Southgate’s side won their first World Cup warm-up match 2-1 at Wembley, thanks to goals from Harry Kane and Cahill.

They were rocked early in the second half, when Arsenal’s Alex Iwobi slotted in for the visitors, but England recovered to see out the victory. Here, we look at the talking points from the contest…

Gareth Southgate named perhaps the strongest starting XI available to him on Saturday, packing as much attacking talent as he could into the side to face Nigeria, while sticking with his preferred three-man defence. 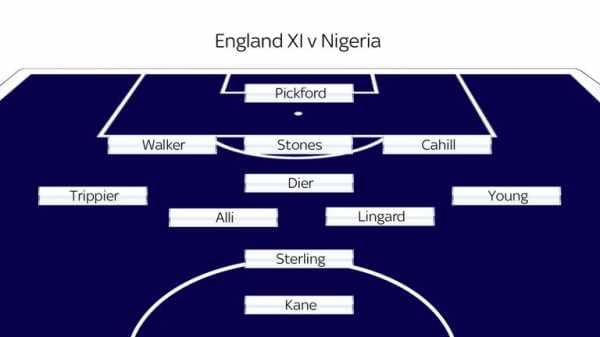 Jordan Henderson, watching on from the stands after a period of rest following Liverpool’s Champions League final, and defensive pair Danny Rose and Harry Maguire, who are managing injuries, will both hope to be involved from the start come England’s World Cup opener against Tunisia, but this could well be close to Southgate’s preferred selection for the tournament. 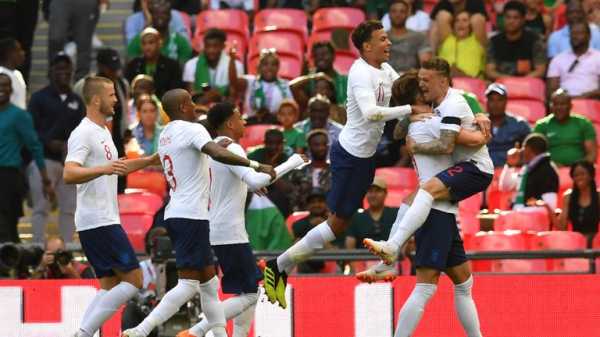 The midfield diamond of Eric Dier, Dele Alli, Jesse Lingard and Sterling ensured there was pace and trickery, as well as some security, in the centre of the pitch. It is a system Southgate has experimented with previously and one he could employ in Russia, particularly against Tunisia and Panama, when the onus will be on England to break down their opponents.

In the first half, Nigeria could not cope – but a formation switch at the interval from the visitors soon nullified the threats, suggesting Southgate will have to be flexible in Russia. Indeed, he may favour returning to two holding midfielders against more offensive sides such as Belgium. There were positive signs at Wembley, though.

From tattoos to travel problems, Raheem Sterling has been making headlines all week and he was under the microscope at Wembley.

The England forward was lively early on, seeing a shot blocked before chipping wide after a superb turn on the edge of the box. 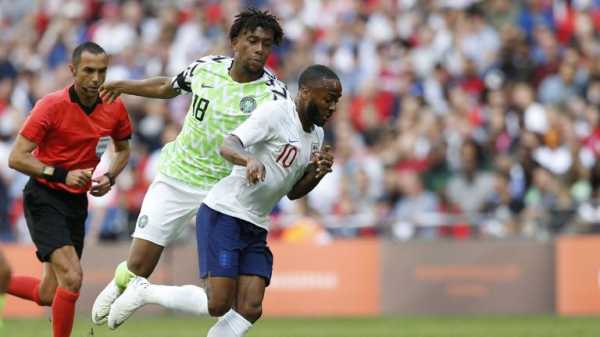 That was followed by a poor touch and a poor attempted pass across the six-yard box, which wasted a good opening, and Sterling then blazed over from the edge of the area when well placed. But he had been involved in the majority of England’s best moves and teed up Kane to lash in England’s second just before the break.

Sterling, like his England team-mates, dipped in the second half and a blatant dive blotted his copy-book and earned him a yellow card on 52 minutes.

He was withdrawn 20 minutes later as England laboured, but the first half was a reminder that Sterling remains a key component of Southgate’s side – and England will need him on form and firing in Russia if they are to have a successful summer.

The signs are good for Harry Kane. England’s talisman and chief goal threat appears to be warming up for the World Cup nicely, and will be buoyed by hitting his eighth England goal in his past seven international appearances.

While the bare stats showed Kane’s goalscoring rate was hardly affected by an ankle injury at Bournemouth in March, there is no question the Tottenham striker took some time to re-discover his form in the final stages of the season. 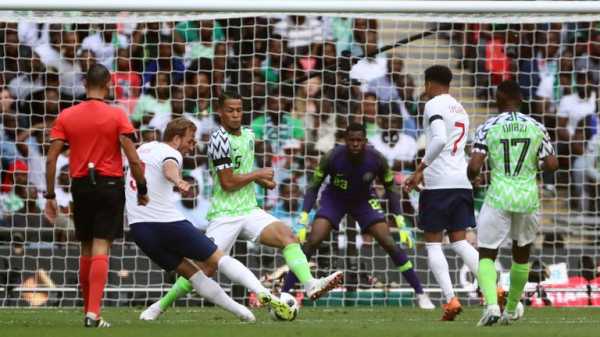 But his performance against Nigeria showed the No 9 is heading back to where he needs to be.

He was given a helping hand by Nigeria goalkeeper Francis Uzoho, who really should have saved Kane’s drive, but the Tottenham man looked sharp throughout his 73 minutes.

11 of England’s last 15 goals have been scored or assisted by Tottenham players.

Kane often dropped deep, looking for the ball and then spraying passes forwards for his team-mates, with one such move leading to a good chance for Sterling.

That movement, coupled with surges forward from Sterling, Alli and Lingard caused Nigeria problems – and England’s supporters will be encouraged by what they saw from those four attackers in the first half.

Gary Cahill looked to be out of contention for the World Cup squad in March as he fell out of favour at Chelsea, but he made the cut and walks away from England’s first warm-up match with a goal to his name and the man-of-the-match prize in his hands. 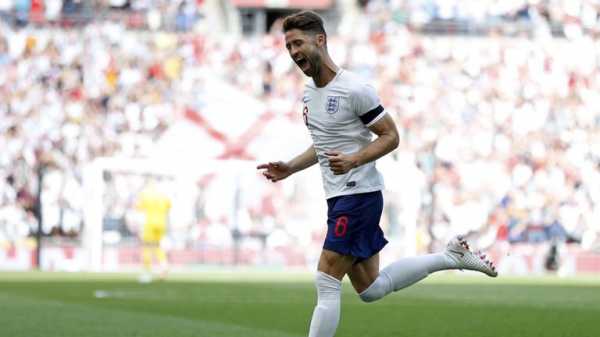 With Nigeria putting the pressure on in the second half, this may not have been absolutely the ideal evening for him but there is no question the 32-year-old has put himself back in the frame for a starting spot in Russia.

Harry Maguire, who enjoyed a fantastic season at Leicester but has been struggling with a slight injury in training, was watching on at Wembley and will know he will have to work hard between now and England’s opener with Tunisia to dislodge the Chelsea man. It is the kind of competition for places Southgate will be pleased to cultivate.

Trippier and Young on set-pieces

England’s muddled thinking at Euro 2016 was epitomised by striker Kane taking free-kicks and corners in France, but the frontman has been sent into the penalty box by Southgate, with renowned crossers Kieran Trippier and Ashley Young taking on set-piece duties on Saturday. 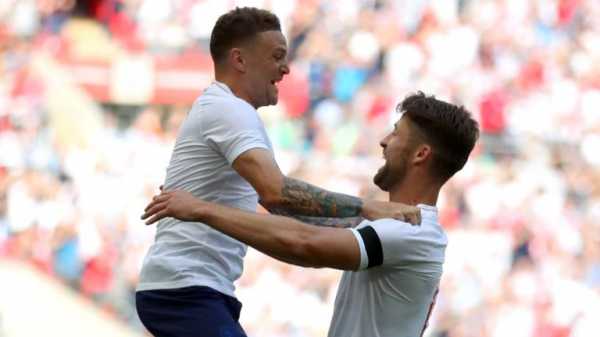 Tottenham full-back Trippier tested Nigeria ‘keeper Uzoho with a free-kick early on before whipping in a fine corner for Cahill to power in England’s opener.

Young, who has spent the majority of his career playing on the wing, was in charge of sending deliveries into the box from the other side of the pitch and caused problems in the Nigeria box on a couple of occasions.

With England looking so threatening from set-pieces – particularly with three centre-backs on the field – those dead-ball deliveries could be decisive at the World Cup.