Dundalk are out of the Europa League.

The SSE Airtricity League Premier Division table-toppers have lost 4-0 at AEK Larnaca in the second leg of their second-round qualifiers.

Captain Ivan Trickovski scored twice for the Cypriot Cup champions in the first half.

Substitute Joan Tomas, who hails from Spain, put the icing on the cake for the Cypriots late in the game with a low finish after a swift counter-attack. It left the home side as 4-0 winners on aggregate.

It leaves Cork City as the League of Ireland’s sole European hope as they face Rosenborg in the third round of qualifying next Thursday. 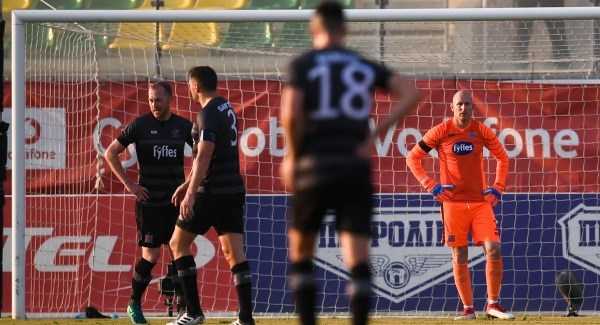