Novak Djokovic has won the Australian Open men’s singles title by beating Rafael Nadal 6-3 6-2 6-3 in the final in Melbourne.

A fast-starting Djokovic drew first blood in the final by taking the opening set against Nadal.

The expectation had been that this would be another epic battle to match their 2012 final, which lasted seven minutes short of six hours, the longest slam decider in history. 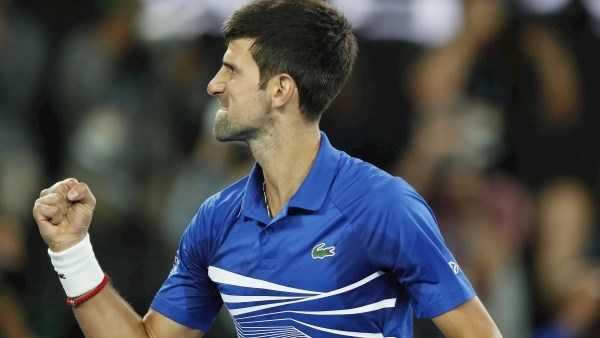 But Djokovic had not read the script and, taking advantage of a nervous start from his opponent, won the first three games for the loss of only one point.

Nadal dug in, saving break points in his next two service games, but won only one point on Djokovic’s serve as the Serbian wrapped up the set 6-3 after 36 minutes.

Nadal had only won seven of their previous 25 meetings on hard courts, and never from a set down, so the size of his task was clear.

The Spaniard still looked tight and his forehand, which has been so destructive this tournament, was more miss than hit.

Djokovic pressed his foot down with a break to lead 3-2 in the second set, and then fought off the first bit of pressure on his serve to consolidate.

Even though Nadal had improved, the patterns of play favoured his opponent, and Djokovic somehow stepped up another level with a break for 5-2 before serving out the set 6-2.

Nadal had not come back from two sets down to win a match for more than a decade, and his hopes took another blow as Djokovic broke to lead 2-1 in the third set with the clock still well short of two hours.

Nadal finally forced a break point in the sixth game but netted and, as well as Djokovic had played, this was also a tale of a disappointing display from his opponent.

He was helpless serving at 3-5 as Djokovic fired more winners past him before wrapping up a 6-3 6-2 6-3 victory after just two hours and four minutes.