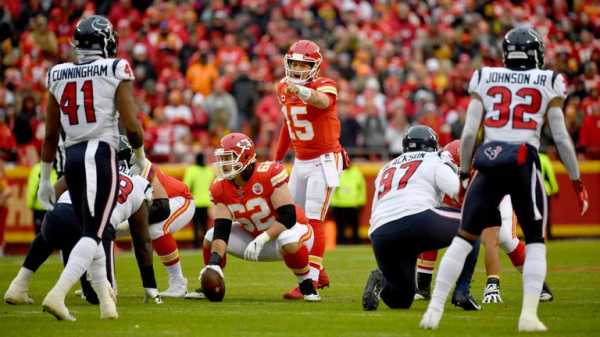 Their journeys so far coincide fittingly, with just three days separating the birth of the pair in September 1995, Watson on the 14th and Mahomes on the 17th. The latter was eventually taken as the No 10 overall pick in the 2017 NFL draft, followed by the Texans’ leader at No 12, with both teams trading up for their men in the first round.

Their explosion since then has meanwhile prompted regular reminders that the Chicago Bears overlooked the two of them in favour of selecting Mitchell Trubisky at No 2. Behold a daunting comparison Trubisky must live with for the rest of his career.

It was Watson that flexed his muscles first in the Divisional Round matchup as he led the Texans to a 24-point lead inside the first two quarters, Bill O’Brien’s side pouncing on an error-ridden start from the Chiefs. 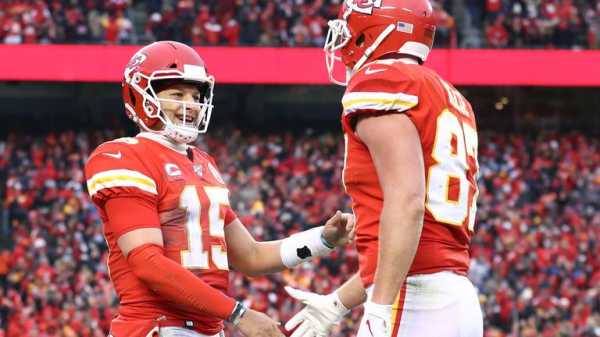 0:54 Mahomes improvised an incredible play, laying the ball off while managing to stay behind the line of scrimmage

While the hosts supplied a helping hand in the form of several dropped catches and a botched punt return from Tyreek Hill, Watson underlined his composure in the pocket with a well-executed fake screen play that unlocked Kenny Stills for a 54-yard opening touchdown.

He followed this up with a precision pass to Darren Fells in the end zone for a four-yard score following Hill’s mistake near his own six-yard line.

Back came Mahomes with veteran patience and infectious confidence, helping Kansas put up seven-straight touchdowns and 41 unanswered points to complete a stunning turnaround.

Momentum refused to swing back as the Chiefs ran out 51-31 winners, although not before Watson added another spark of life with an 11-yard touchdown run in the third quarter.

It proved another exhibition of Mahomes’ mastery, amplified best by the genius toe-drag to avoid passing the line of scrimmage before flipping the ball to Travis Kelce for a five-yard touchdown.

Behold everything to admire about Mahomes, from his game-intelligence to his proclivity for the outrageous and the ability to make any pass at any angle.

His 23 passes for 321 yards and five touchdowns would be partly responsible for an in-game announcement explaining that the stadium had run out of fireworks. 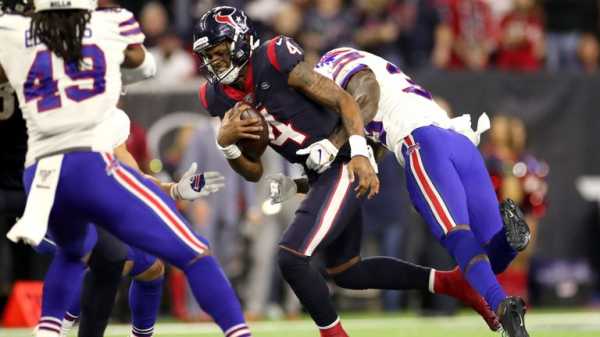 Across from him, Watson had delivered a reminder of the unrelenting will to carry his team and the explosiveness it complements.

Wild Card weekend had been a better reflection of his influence as Watson inspired an overtime win over the Buffalo Bills by escaping a sack to find Taiwon Jones for a gain that put the Texans in field-goal range.

Both share tone-setting qualities in their competitiveness, passing range and athleticism to extend plays, but manage to express themselves in their own unique manner. 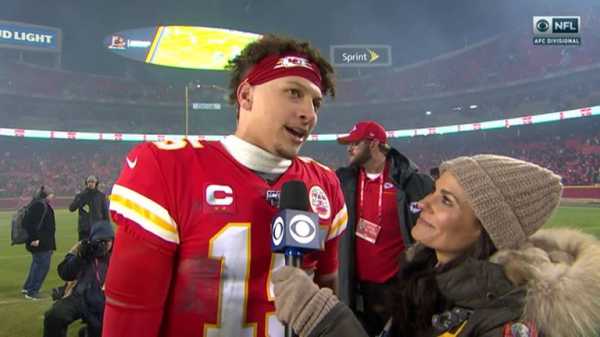 2:25 Mahomes said his side just need to keep finding a way to win, while Kelce dodged the question on whether his hamstring will keep him out next week

Mahomes was the first player to throw for over 3,000 yards in his first 10 games, as well as the fastest player to 4,000 passing yards and over 40 touchdowns. He also boasts the most touchdown passes through his first eight games and holds the Chiefs record for most passing yards in a season.

That merely scratches the surface of their individual NFL feats – not that either will be bothered about anything other than their Super Bowl count.

Mahomes claimed Sunday’s round, but rest assured Watson will be back for more. 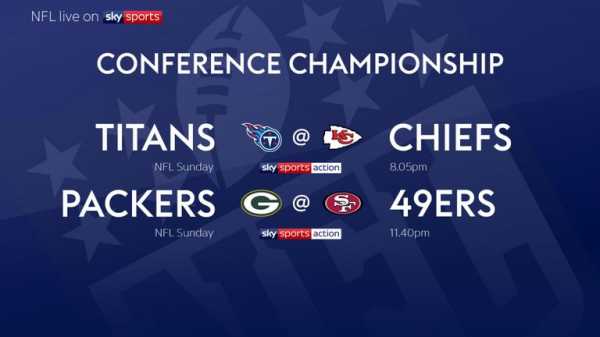 Though he wasn’t in direct competition with either in the playoffs, Lamar Jackson has shown enough to suggest he will also play a starring role in shaping the next 10 years in the NFL.

The MVP frontrunner took the league by storm in 2019, defying doubts with his thrilling rushing threat and polished passing to tease a bright future under John Harbaugh.

Much like Watson, Saturday’s defeat to the Titans will by no means be the last we see of Jackson in post-season football.

The quarterback landscape is changing. While Brady faces an uncertain future in New England, the rise of Watson, Mahomes and even Jackson will give the NFL confidence that it remains in safe hands.