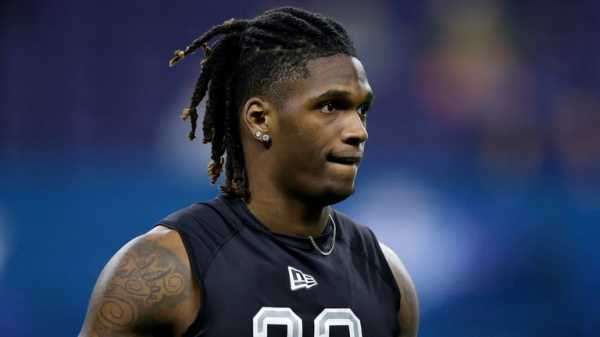 GMF’s Kay Adams joins NFL Overtime to give her top NFL Fantasy tips, including whether it’s time to drop Dallas Cowboys stars after a couple of disastrous weeks.

Is it time to give up on the Dallas Cowboys and drop their star players from your NFL Fantasy team?

That was the question asked of Good Morning Football’s Kay Adams as she joined Hannah Wilkes, Josh Denzel and Rob Ryan on Sky Sports’ NFL Overtime (Tuesdays, 9pm) to give her top NFL Fantasy tips ahead of Week Eight of the 2020 season.

Adams was asked about Tyler Lockett’s monster showing on Sunday night for the Seattle Seahawks, Justin Herbert’s impressive start with the Los Angeles Chargers and whether you should drop Cowboys players from your lineup.

“[Cowboys backup quarterback] Ben DiNucci, we don’t know anything about him, but we didn’t know much about Tony Romo when he came in there and blossomed into a star, so who knows what could happen?” Adams said.

“But when Andy Dalton was in there, this offence was not getting it done – what a devastating two weeks for this Cowboys offence. 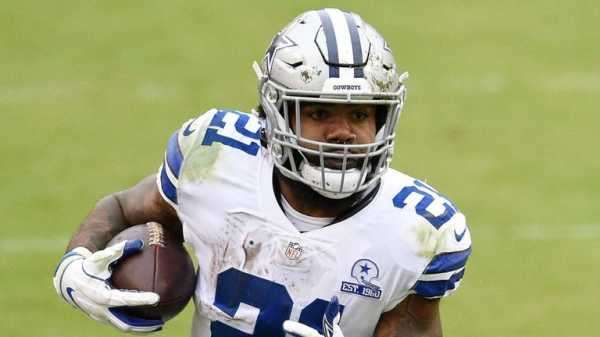 “They’ve got a matchup with the Philadelphia Eagles this week. I would think Ezekiel Elliott is going to get more work, but everyone’s value across the board goes way down.

“I’d say I’m mostly worried about CeeDee Lamb. I would still start Amari Cooper with confidence, he’s top five in receiving yards and a top five performer in fantasy points this season. I don’t think he’s going to fall that much.

“But I’m very worried about Lamb, and Michael Gallup, who has yet to have a 75-yard game this season and hasn’t got the target share.”

‘Excited for Herbert and the Chargers’

Adams also spoke of her love of the Chargers and, specifically, their rookie quarterback Justin Herbert, who earned his first win as an NFL starter with a 39-29 success over the Jacksonville Jaguars on Sunday. 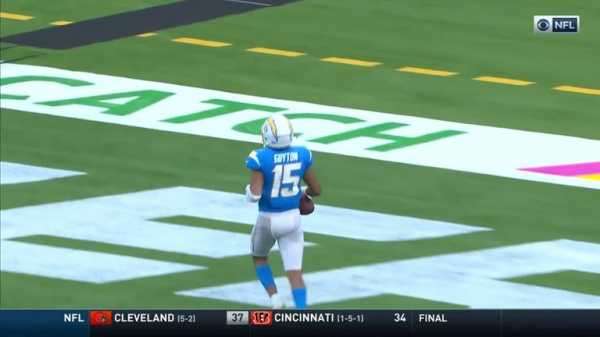 Herbert followed that up with three more scores, passing for 347 yards against the Jags, and Adams expects him to have further success over the remainder of the season.

“I’m very excited for the Chargers,” she said. “If you watch Good Morning Football, then you know that I love the Chargers – they’re near and dear to my heart – and they have found their quarterback in strong and silent type, Justin Herbert.

“He was out there throwing the ball against the Jags and taking care of business against a defence he should shred. 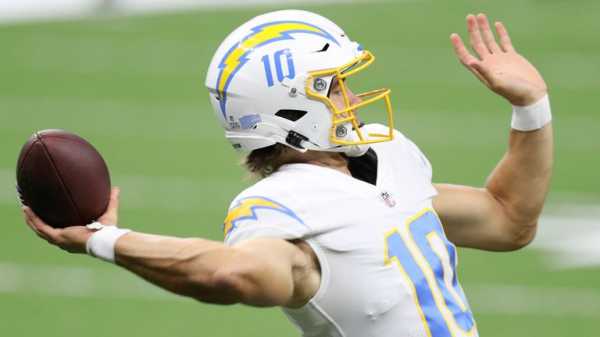 1:09 Rookie quarterback Justin Herbert threw for 264 yards and four touchdowns but his Chargers couldn’t get over the line against the Saints.

“He is not afraid, he has already taken on Super Bowl champions.

“He is such a good performer from a fantasy perspective, so I was very excited and pleasantly surprised to see him be the No 1 fantasy quarterback in Week Seven. And I think it continues and he gives defences hell down the stretch.”