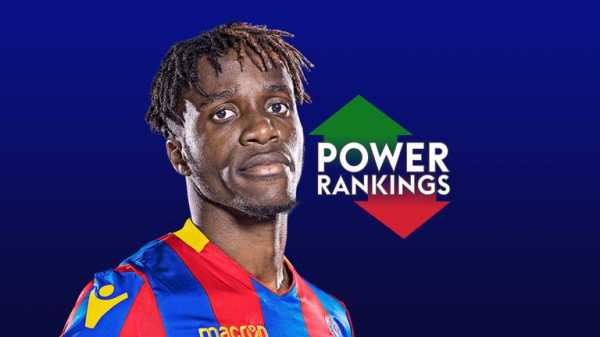 Boosted by his match-winning double against Brighton in mid-April, Zaha retained top spot for a second week running – despite playing out a goalless draw at Watford.

Team-mate James Tomkins (No 7, up four places) was the top-ranked outfield player at Vicarage Road, taking the Eagles’ only shot on target and recording a match-high 18 aerial duels and 18 clearances.

Mohamed Salah (No 2, up one place) doubled Liverpool’s lead at West Brom before Jake Livermore (No 52, up 90 places) and Salomon Rondon (No 11, up 14 places) salvaged a 2-2 draw at The Hawthorns. 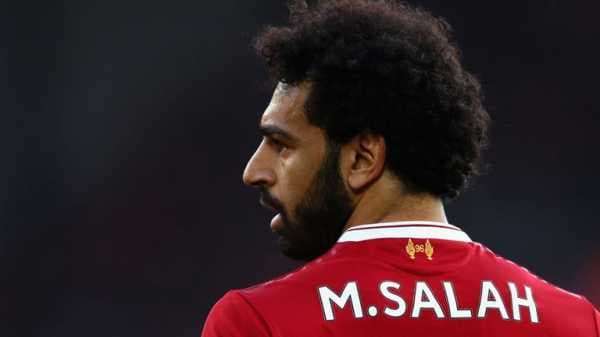 Arsenal striker Alexandre Lacazette (No 3, up 50 places) scored twice during a 4-1 win against West Ham – two days after Arsene Wenger announced he will end his 22-year reign as Gunners boss and step down at the end of the season.

Manchester United defender Chris Smalling (No 4, up 19 places) broke the deadlock at Bournemouth before Romelu Lukaku (No 33, up 49 places) sealed a 2-0 win.

Newcastle’s Ayoze Perez (No 5, down three places) moved down the chart after his side suffered a 1-0 defeat at Everton, while Tottenham’s Christian Eriksen (No 6, down two places) also slipped after a 1-1 stalemate at Brighton.

Manchester City duo Kevin De Bruyne (No 8, up 41 places) and Raheem Sterling (No 9, up seven places) climbed up the rankings after being among the goals as City thrashed Swansea 5-0 at the Etihad. 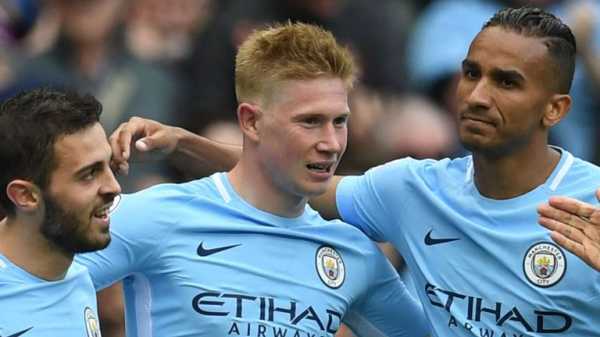 Elsewhere, Burnley’s Ashley Barnes (No 10, up 51 places) rescued a point at Stoke and equalised against Chelsea before Victor Moses (No 29, up 118 places) secured a 2-1 win for the Blues.

The Power Rankings methodology reflects a player’s performance over the last five Premier League matchdays by awarding points to players for 32 different stats.

Below, we present this week’s Power Rankings, your club’s top points scorer and the accumulative season rankings. 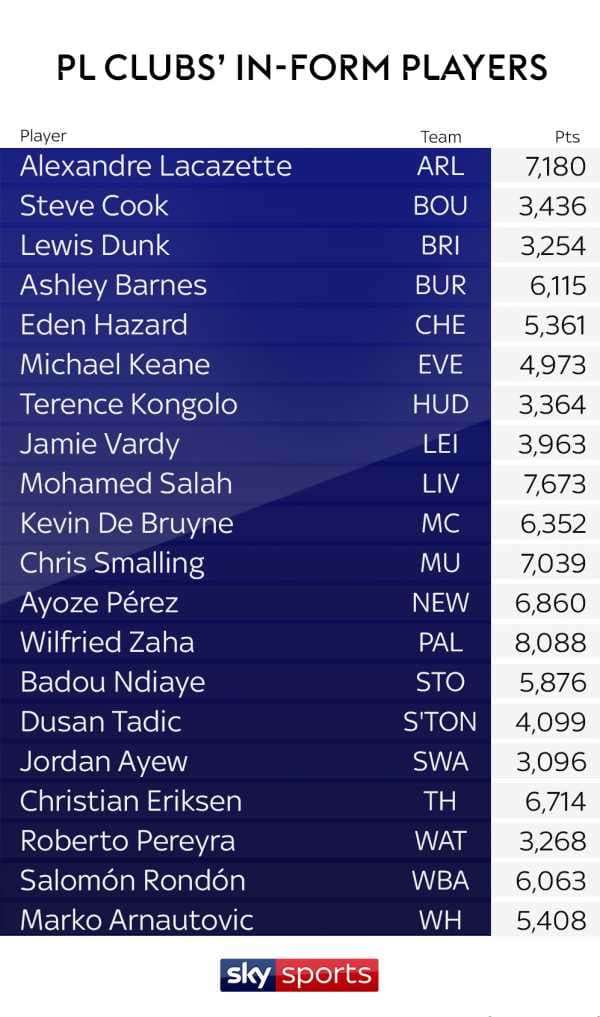