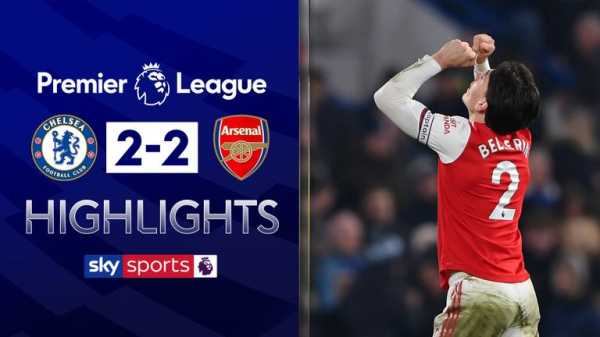 2:58 FREE TO WATCH: Highlights from Chelsea’s draw with Arsenal

Blues boss Lampard puts that record down to Chelsea’s failure to make the most of their dominance in home games. Interestingly, after the midweek draw with Arsenal, Lampard pointed to a big under-performance by Chelsea against their Expected Goals (xG) as a key factor.

xG is the stats metric used to measure the quality of a team’s chances.

After that dramatic 2-2 with Arsenal on Tuesday night, Lampard said: “We have to look at ourselves and say that again it is a story of creating a lot but at this level, when those chances are coming, we need to take them more.

“I know that the Expected Goals – I don’t like too many stats on Expected Goals – but we are bottom of the league at home in taking them [chances] and we are second to Liverpool in creating them. So that is just two ends of the scale that shows where we are at.” 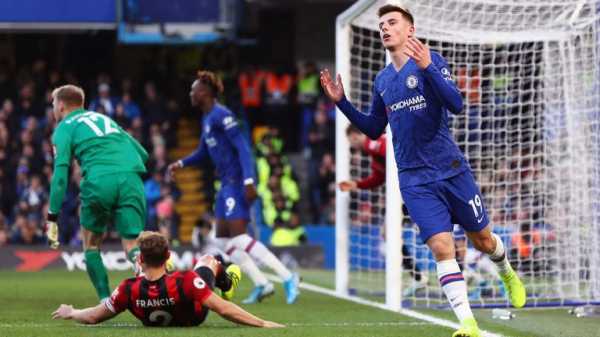 Lampard’s hunch is right – and those xG stats back him up. Chelsea have recorded a higher xG than their opponents in 11 of 12 home games this season, with Boxing Day visitors Southampton the only exception.

Indeed, only Manchester City – not Liverpool, as Lampard said – have a higher xG figure at home in the Premier League this season.

But Chelsea have scored just 16 goals rather than the 26 the stats suggest they should have put away. By contrast, the likes of Leicester and Liverpool have out-performed their xG, scoring more than would be expected.

Who performs best compared to their xG?

Better on the road?

In attempting to solve the issue, Chelsea could look to one team for inspiration… Chelsea.

Their own performance against xG in away games this season is, in complete contrast, the best in the Premier League – they have scored 25 goals on the road, an additional 6.8 when compared to their xG.

Who performs best compared to xG AWAY from home?

So what’s behind the dramatic difference in Chelsea’s ability to convert chances in home and away games?

Firstly, seven of the nine Chelsea midfielders and forwards who have scored in the Premier League this season have better records in away games. Christian Pulisic and Tammy Abraham are particularly notable for their superior cutting edge away from Stamford Bridge. 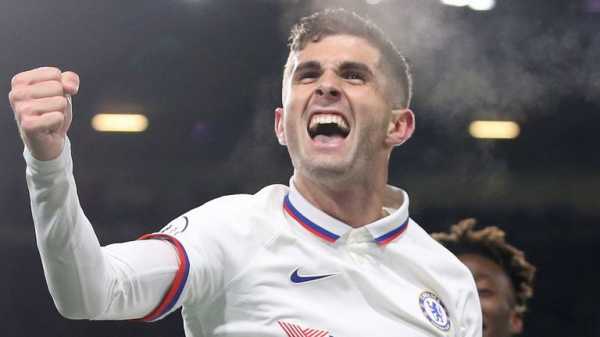 Only Jorginho and Callum Hudson-Odoi have better xG stats at home.

Pulisic’s stats are skewed somewhat by his remarkable performance against Burnley in October, when he scored with three of five shots in that match. But before and since that day at Turf Moor, Pulisic has scored with only two of 35 shots this season (a 5.7 per cent shot conversion), including only one goal from 22 shots at Stamford Bridge.

For top scorer Abraham, the stats suggest a recurring theme of his season has been missing clear-cut chances in home games, which would clearly negatively impact Chelsea’s xG at Stamford Bridge.

The England striker has missed 11 chances Opta define as ‘clear-cut’ at home. That’s more than any other player at any stadium. No other Premier League player has missed more than eight big chances at any particular ground. 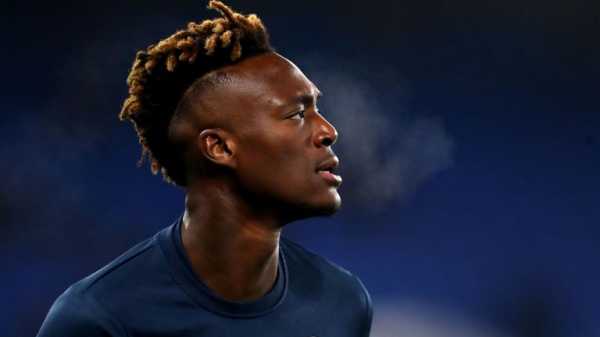 However, Abraham’s total of eight away goals this season is only bettered by Arsenal’s Pierre-Emerick Aubameyang, Manchester City’s Raheem Sterling and Leicester’s Jamie Vardy who have nine each.

However, the xG stats also point to a weakness at the other end of the pitch – as detailed in this in-depth feature on Kepa Arrizabalaga prior to the Arsenal match.

Compared to the goalkeeping stats of all 20 teams in the Premier League, Chelsea rank in the bottom three – both at home and away – for saves per game, save ratio and goals conceded compared to xG.

Overall, Kepa has the lowest save ratio (55.6 per cent) of all goalkeepers to have played at least half of their team’s games this season – the next lowest, Everton’s Jordan Pickford, is still markedly better with a 63.9% save ratio.

So, while Chelsea’s attacking players must shoulder the responsibility for a failure to turn dominance into goals in home games, it is clear there are issues at both ends for Lampard to resolve.

With no home game until Manchester United visit Stamford Bridge for the Monday Night Football match on February 17, they will at least have an opportunity to address those shortcomings on the training ground, or perhaps even in the transfer market.

Frank Lampard is keen for Chelsea to sign a striker in the January transfer window and confirmed that Tammy Abraham has not fractured his leg.

The Chelsea boss said: “The impetus to bring in a striker or players that can potentially get on the end of these chances we are creating is there.

“When you’re creating 20 chances a game and not scoring enough goals, that can be crucial. I don’t think it absolutely changes it, but of course Tammy has been our main source of goals so it’s very relevant.”