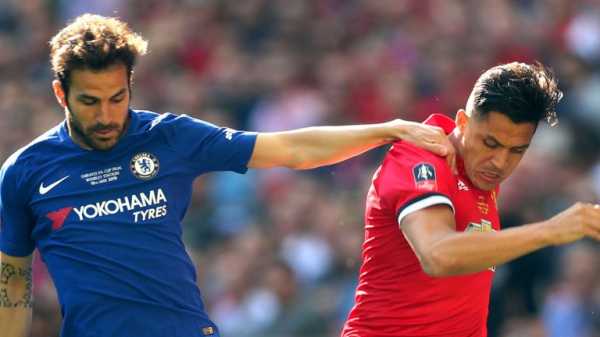 Chelsea beat Manchester United 1-0 to win the FA Cup – but what were the talking points from the match?

Eden Hazard’s first-half penalty was all that separated the teams at the final whistle, as Blues boss Antonio Conte lifted a domestic cup for the first time in his managerial career.

Here, we look at the key issues from the game…

There had been half-hearted claims at both ends of the pitch for penalties early on, with appeals from Tiemoue Bakayoko and Alexis Sanchez rightly waved away. But there was no doubt about Phil Jones’ foul on Eden Hazard on 21 minutes. 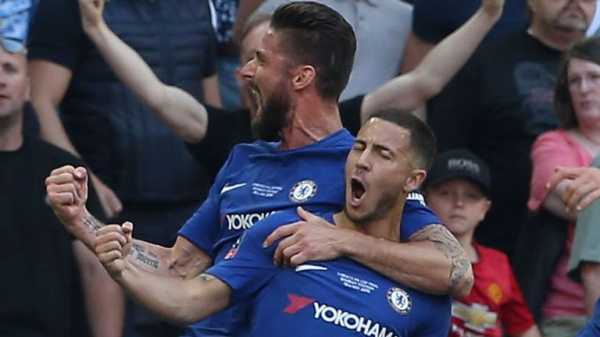 A fantastic first touch from Cesc Fabregas’ pass had taken the Chelsea ace past Jones and, as Hazard bore down on goal, the Manchester United defender had no choice but to launch a last-ditch tackle, bringing the Belgium international crashing to the floor.

Jones’ genuine attempt to win the ball spared him a red card from referee Michael Oliver under the revised triple punishment rule – despite protests from the Chelsea players – but Hazard made United pay from 12 yards, coolly sending David De Gea the wrong way and rolling his spot-kick into the bottom corner.

“Why always Lukaku? That’s why.” Jose Mourinho’s blunt appraisal of Marcus Rashford’s efforts up front in defeat at Brighton earlier this month caused a stir and underlined the importance the manager places on his Belgian striker, the team’s top scorer.

Lukaku, who has proudly described himself as Mourinho’s “sergeant”, has been out for three weeks with an ankle injury and was only fit enough to make the bench for Saturday’s final. In his absence, Rashford had hit the winner against Watford on the final day of the Premier League season but ultimately failed to seize his chance in his favoured centre-forward role. 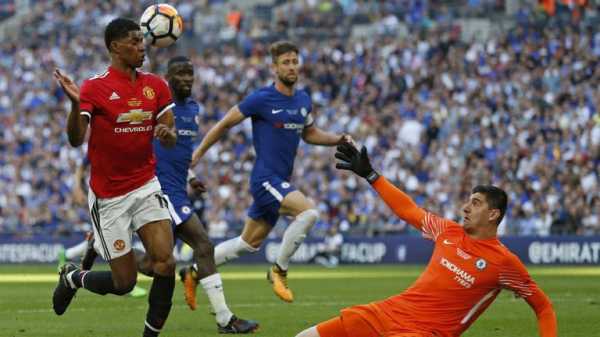 Again on Saturday, the young England international was unable to grab his opportunity. There was a tame blocked shot in the first half and a powerful drive straight at Chelsea ‘keeper Courtois in the second, but it was no surprise when he was taken off for Lukaku on 73 minutes with United unable to find a way through.

Lukaku fared little better in breaking through a well-organised blue backline but Rashford still has plenty of work to do before he convinces Mourinho – who bemoaned not having a target man from kick-off – he is the player to lead the line for United.

Attention on VAR amid confusion

Fine margins can so often make the difference in finals and so it proved on Saturday when Alexis Sanchez saw his close-range finish ruled out for offside, as United desperately searched for an equaliser in the second half.

Thibaut Courtois had pulled off a stunning, full-stretch save to parry away Phil Jones’ header, but the Chilean was on hand to stick the ball in the net. However, the linesman had spotted Sanchez had strayed fractionally ahead of play as Jones stooped to head goalwards. 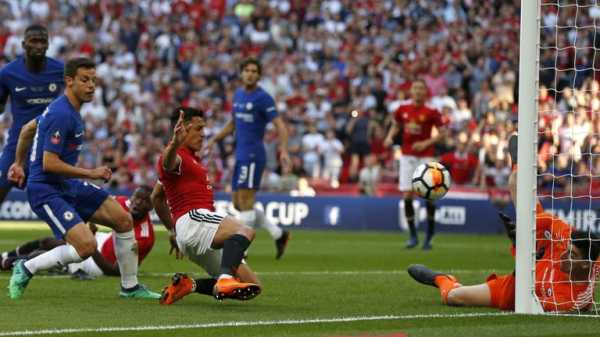 This being the first FA Cup final to use video assistant referees, the incident should have been easily cleared up to placate the furious United fans behind that goal. But whether Neil Swarbrick – monitoring VAR – relayed confirmation to referee Michael Oliver or not was unclear.

There was further controversy just a few minutes later when Victor Moses’ chipped ball back from the touchline hit Ashley Young’s arm in the United penalty area after David De Gea had denied Marcos Alonso.

Oliver’s hand went to his earpiece, there was a delay… and then nothing was given. Fans at both ends of the ground were left unclear of what was going on, without even a scoreboard signal that VAR was in use.

What next for Conte and Chelsea?

If this is goodbye, then it was a fine way for Antonio Conte to sign off as Chelsea manager. The Italian had hinted in his pre-match press conference that win or lose, his future at the club was out of his hands and, perhaps, already decided.

But on Saturday, through Eden Hazard’s magic and composed penalty, his team’s determined defence and his own tactical skills, which allowed Chelsea to edge this close encounter, Conte was able to enjoy one more moment of celebration with the Blues supporters. 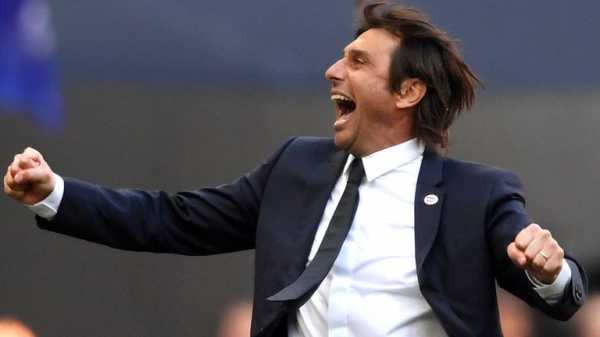 It has inescapably been a dreadful title defence and a stormy season off the pitch, but when the dust settles on Conte’s two seasons in charge it is likely to be seen as an ultimately successful one.

A top-four finish may have been missed this time around, but the 2016/17 Premier League win – which saw Chelsea sweep aside their supposed challengers for the crown – has been backed up by an FA Cup triumph which escaped them against Arsenal 12 months ago. Most clubs would settle for that, including two, if not three, of the four teams that finished above Chelsea this season.

What comes next for Conte and the club will become clear in the next few days. But for now, there is another trophy to lift and honour to add to the Chelsea record books.

Rarely has Jose Mourinho had to stand aside and watch the opposition lift silverware. Of his 14 major finals before Saturday, he’d won 12 of them, including each of those in charge of Chelsea or Manchester United.

But that record took a dent at Wembley. After Hazard’s opener, Mourinho’s Manchester United could not find a response – despite ramping up the pressure in the second half and seeing Alexis Sanchez’s close-range conversion ruled out for offside. 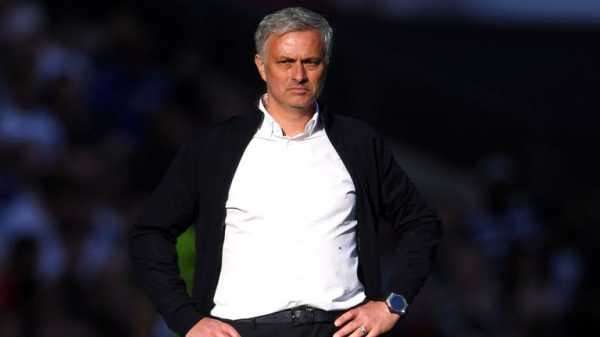 Mourinho had maintained in the build-up to this final that one game would not define United’s season. That the work he, his staff and his players have done to progress should not be dismissed on the back of 90 minutes of football.

But the lack of some silverware, something to celebrate at the end of an at times tough-to-watch season, which has seen their neighbours Manchester City storm to the Premier League title, will have been a blow nonetheless.