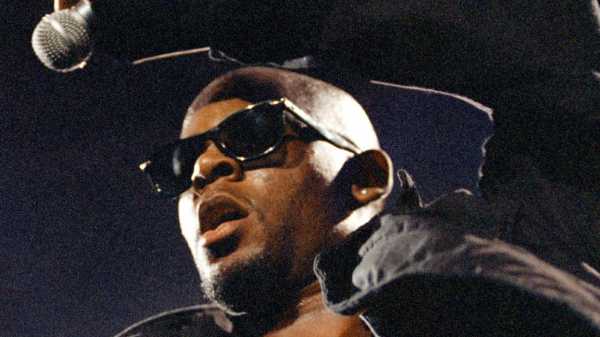 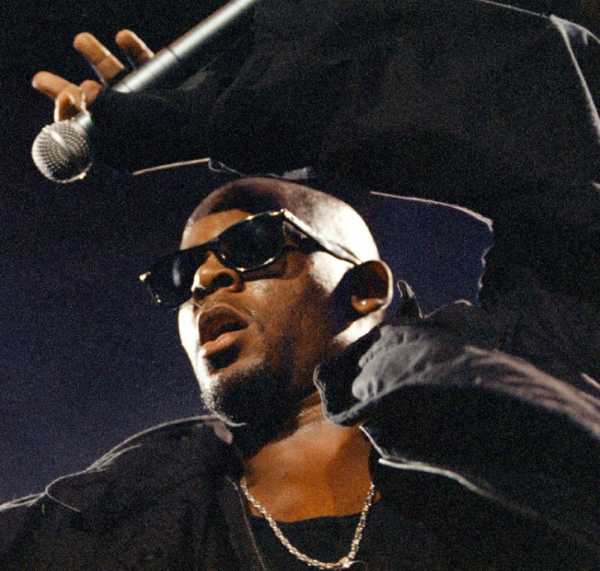 Last week, the streaming services Spotify, Apple Music, and Pandora announced that they would no longer promote R. Kelly’s music on their editorial playlists.

R. Kelly was scheduled to perform at the “Pre-Mother’s Day Love Jam,” at the University of Illinois at Chicago Pavilion, on May 5th, alongside other R. & B. artists including K. Michelle and the girl group Xscape. The set would have likely drawn from the blithe, black-family-reunion strain of the fifty-one-year-old musician’s œuvre—songs such as “Step in the Name of Love” and “Happy People.” It would have been his first performance in his home town since last year, when Jim DeRogatis, who has spent seventeen years investigating Kelly’s alleged abuse of young black women, published an exposé on BuzzFeed alleging that Kelly was running a “cult” in which “six women live in properties rented by Kelly in Chicago and the Atlanta suburbs, and he controls every aspect of their lives: dictating what they eat, how they dress, when they bathe, when they sleep, and how they engage in sexual encounters that he records.” (Kelly denied that he was keeping women against their will on his properties.)

R. Kelly’s performance was cancelled. A petition authored by a women’s group at the university and a local nonprofit enumerated cases of the artist’s alleged sexual misconduct starting with his 1994 marriage to the singer Aaliyah, who was then fifteen, and including the lawsuits brought against him alleging emotional abuse and sex with minors, his loitering outside a Chicago high school, and his 2002 indictment for the possession of child pornography, for which Kelly was acquitted, in 2008. (He has denied all accusations.) More than thirteen hundred people signed the petition. On April 29th, R. Kelly took to social media, uploading a video in which he apologized to his fans for the concert’s cancellation due to “rumors.” It was not the only performance of his that has been cancelled or protested since last summer, when, following the BuzzFeed story, the Atlanta-based activists Kenyette Barnes and Oronike Odeleye launched #MuteRKelly, a boycott that “aims to end the financial support of Kelly’s career and to get him convicted for his crimes of sexual abuse against black women.” The day after Kelly uploaded the video—four days after the conviction of Bill Cosby for sexual assault—the Women of Color group within Time’s Up announced that it was joining #MuteRKelly. Prominent movers such as Ava DuVernay and Shonda Rhimes circulated demands including that Ticketmaster, Spotify, Apple Music, and the musician’s longtime label, RCA Records, cut ties with him.

#MuteRKelly, which has leveraged the enthusiasm behind Time’s Up, is the savvy doing of black women, and it is working. Last month, Tarana Burke, who founded #MeToo years before the Hollywood-centered 2017 reckoning adopted the name, went on the “Tom Joyner Morning Show,” whose listeners are older and predominantly black, to convince its hosts to stop playing the artist’s music during its program. They agreed. Last week, the streaming services Spotify, Apple Music, and Pandora announced that they would no longer promote his music on their editorial playlists—Spotify’s, especially, are hugely influential. (Spotify has also stopped promoting the rappers XXXTentacion and Tay-K, who face charges of aggravated battery of a pregnant woman and murder, respectively.) It is the highest-profile protest of Kelly to date, and it may mark a critical juncture in the long-standing tolerance of him in the music industry and the culture at large.

For over two decades, artists, consumers, d.j.s, bookers, producers, and other industry arbiters have either ignored the accusations against Kelly or chalked them up to a conspiracy of spurned “fast” black women looking to make a buck off a rich and successful lothario. (Recently, one of his most faithful defenders, Wendy Williams, who was a major radio presence in the nineties, broke down in tears on her talk show, apparently citing his self-professed illiteracy as some kind of moral alibi.) Despite a seemingly unending deluge of complaints—last month, another woman came forward, claiming that Kelly had intentionally infected her with an S.T.D.; his team refuted the allegation—he has denied all accusations of wrongdoing. At the same time, he has absorbed them into his mythology. In 1994, he wrote much of the fifteen-year-old Aaliyah’s début album, the audaciously titled “Age Ain’t Nothin’ But a Number.” The bulk of his catalogue is Dionysian to the point of repulsiveness. As recently as 2016, the artist has been the subject of magazine profiles that struggle to square his own history of childhood sexual abuse and his reputation as a libertine with his alleged abuses. Talking to GQ, Kelly knowingly compared himself to Bill Cosby, suggesting that they were both martyr figures.

A minefield of racialized panics, and a deeply held belief that certain men are gifts to the downtrodden race, have protected Kelly for basically my entire lifetime. Kelly has also benefitted from the moral passivity of his industry, which, unlike Hollywood, lacks the sheen of trendy “fempowerment.” For years, the singer Kesha has struggled to remove herself from a contract with Sony and her producer, Dr. Luke, whom she alleges assaulted her. (He is suing her for defamation); Dr. Dre, who has admitted to physically assaulting the journalist Dee Barnes, is still revered. Online, over many years, critics such as Jamilah Lemieux, Jamie Nesbitt Golden, and Mikki Kendall have patiently and tirelessly applied a black feminist perspective to Kelly’s career of abuse. But unlike Harvey Weinstein, Matt Lauer, Charlie Rose, or Louis C.K.—whose acts were long covered up by the entertainment industry—Kelly’s behavior is an open secret; the least devoted of his listeners have heard that he “dates” younger women. And they have tolerated it.

By invoking Cosby months after New York magazine had reported allegations against him by thirty-five women, Kelly was trying to rebrand himself as an aging, well-intentioned patriarch who has been targeted for his success. More perniciously, he was echoing Cosby’s double impunity, which was Clarence Thomas’s infamous defense: in response to Time’s Up, Kelly’s team’s public statement read, “Since America was born, black men and women have been lynched for having sex or for being accused of it.” The defense reminded me of an essay from “Soul on Ice,” the prison memoir of Eldridge Cleaver, the Black Panther turned Reaganite conservative, published in 1968, which candidly describes the belief he once held that rape is an “insurrectionary act”: “I became a rapist. To refine my technique and modus operandi, I started by practicing on black girls in the ghetto … and when I considered myself smooth enough, I crossed the tracks and sought out the white prey.” I remember, upon reading this, recoiling at the lucidity with which Cleaver wrote about his own broken masculinity and the relative social worth of black women. It is too early to know if the accretive, protective efforts of #MuteRKelly will result in the artist’s cultural expulsion or will replace the justice his victims have not received. But #MuteRKelly isn’t just a fight to cut off a serial predator from his revenue. To expose Kelly is to disrupt our assumptions about who we believe are victims, who we believe are worth fighting for.