Ireland U-20 vice-captain Craig Casey is hoping to put a string of injury nightmares behind him and relaunch his career this year.

The Limerick native missed over a year of action after enduring three surgeries but he is now back to full fitness and has been chosen as one of the leaders of the Irish U-20 team, which is sponsored by PwC, for the upcoming Six Nations championship.

The promising scrum-half, who will be 20 in April, is looking forward to the opening game of the Six Nations against England in Cork on Friday week after recovering from his injury setbacks.

Casey said: “I was actually out for 14 months. I’ve had three surgeries. First one started with a knee one, I got injured in a warm-up against Leinster but I didn’t realise how serious it was.

“So, I got the surgery at the start of the summer before last. It was a meniscus. Wasn’t too serious but then I had an ingrown hair on my lower back, so I had to get that removed and that scar, working with the knee rehab, it didn’t really help each other.

“Obviously, I was in the loop last year for all of this, being in the camps and stuff like that. Look, I think you just deal with it. Injuries happen.”

But now Casey, who captained Ardscoil Rís and the Irish Schools U-18 side, is raring to go and experience at All-Ireland League level with Shannon, where his family is steeped in tradition there, has been a great help.

“It’s a step up I suppose. It’s something I’ve been dreaming of since I was four. I’ve always been around the squad. My father coached the AIL winning team in 2009. My uncle, Mossy Lawler, played for Shannon.

“I’ve always kind of been in and around Shannon set-ups. To play for them, it’s massive. It’s a step-up in games so you’re ready for this sort of rugby.”

He is honoured to be asked to be a vice-captain of the Irish U-20 squad by head coach Noel McNamara and is looking forward to the role.

“I suppose there’s a lot of leaders in the group who are not even in the leadership group. A lot of the lads have captained their schools and stuff like that. 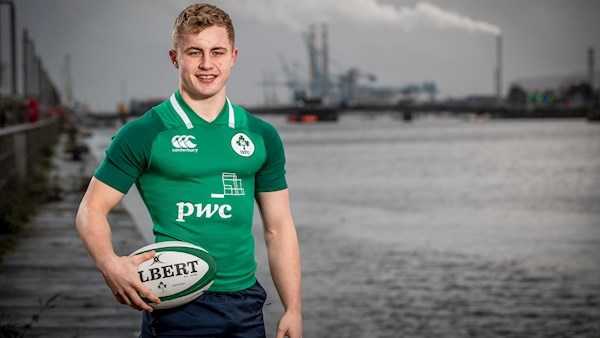 “I think the leadership group, they’ll kind of work with the players more than a hierarchy I suppose. Yeah, there’s a lot of lads that are leaders and I think they’ll help each other.”

He knows that the Six Nations and the World Rugby U-20 Championship in Argentina in June can be seen as pathways for players but he is also determined to make the most of these competitions.

“It’s a development window but the ultimate goal is to win it. England are pretty stacked in the first game and that’s going to be a learning curve for us and hopefully, we’ll get the win in that game. It’s just good to be playing against players of that quality,” he added.