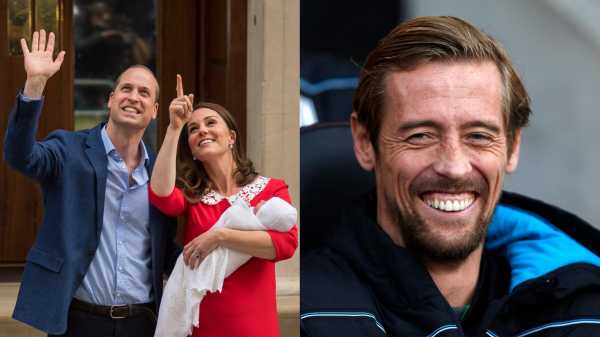 Peter Crouch has become known as a bit of a joker on Twitter, and naturally he wasn’t going to let the arrival of a new member of the royal family pass him by without cracking wise.

The subject? This picture of the Duke and Duchess of Cambridge outside the Lindo Wing of St Mary’s Hospital, Paddington with their newborn son.

In response to the royals’ waving, the 6ft 7in Stoke striker had this to say.

Crouch’s tweet received over 36,000 likes in the first hour of being posted, and this isn’t the first time his jokes have gone viral.

There was his reaction after Cristiano Ronaldo scored that world class bicycle kick in the Champions League.

This response to someone poking fun at his, rather lanky, stature.

Or even this comment after England reached the finals of the under-17 World Cup.

A man both vertically and comically blessed.