DeChambeau, who won last year’s John Deere Classic, looked to have blown his chance after three-putting the 18th as his fourth-round lead was wiped out by Byeong Hun An and Kyle Stanley in the closing stages.

That saw the trio all finish on 15 under and set up a three-way play-off.

Stanley’s bogey five at the first extra hole saw his challenge come to an end, with pars from DeChambeau and An sending them down the 18th for a third successive time. 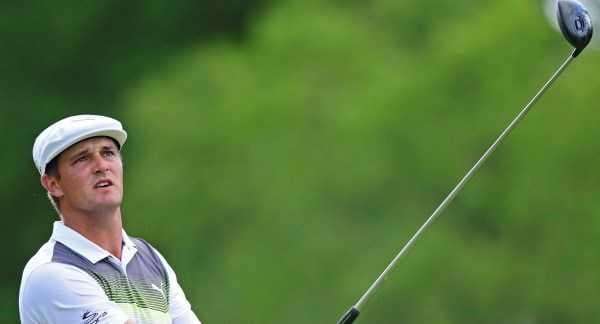 On that occasion it was overnight leader DeChambeau who held his nerve to hole a 12-foot birdie putt and clinch the title ahead of a star-studded field.

The 24-year-old Californian was congratulated by tournament host Jack Nicklaus following the win and he told Sky Sports: “I feel real honour to be the champion this year.

“He (Nicklaus) puts on an amazing event. I played here a couple of years ago and was fortunate enough to get a sponsor’s invite from him, so I’m forever in his debt.”

DeChambeau did concede, though, that he had not been at his best, saying: “I just wasn’t comfortable all day for some reason. I was fortunate enough to scrap around the golf course and get it done this week.”

Patrick Cantlay was fourth on 14 under, just ahead of Peter Uihlein, whose six-under-par 66 was only eclipsed by Louis Oosthuizen’s 65.

England’s Justin Rose (70) had to settle for joint sixth on 12 under, one shot ahead of an illustrious group that included Rory McIlroy (69), Dustin Johnson (67), Justin Thomas (68) and Rickie Fowler (68).

Tiger Woods finished on nine under after signing off with a level-par 72.