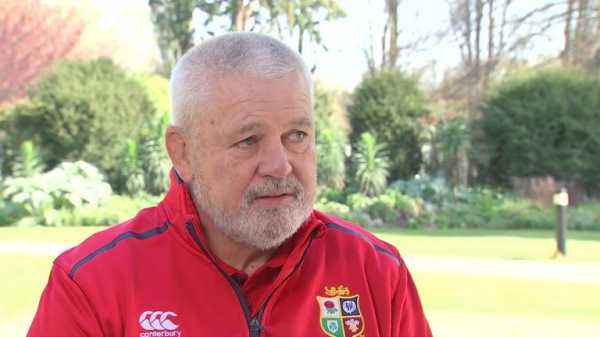 Warren Gatland on his coaching staff for the British and Irish Lions tour of South Africa, as well as squad selection and who could be captain

Who are the British and Irish Lions coaches named by Warren Gatland for this summer’s tour to South Africa to take on the Springboks?

Gregor Townsend has been Scotland head coach since June 2017, and in this year’s Six Nations the 47-year-old guided his side to a first win against England at Twickenham in 38 years, and a first victory over France on French soil since 1999.

Townsend will be making his Lions coaching debut in the summer, but he made six appearances as a player during the 1997 tour of South Africa, starting the first two Tests at fly-half in a series won 2-1 by Martin Johnson’s tourists.

Townsend would later return to South Africa in 2004 to play for the Sharks in Super Rugby following his retirement from Test rugby at the end of the 2003 World Cup, having represented Scotland 82 times during a 10-year international career in which he scored 164 points. 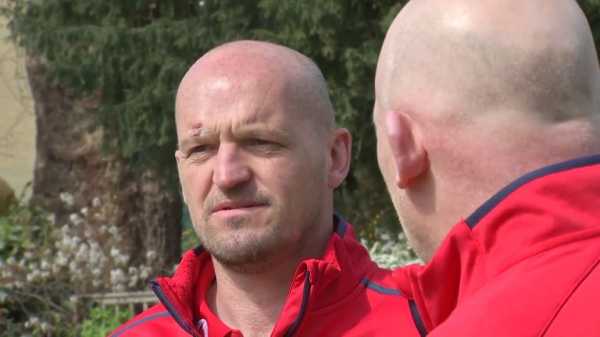 0:49 Townsend says the coaching team will not select players for the tour based on which country they play for

Townsend’s move into coaching saw him appointed Scotland backs coach in 2009, a job he held until taking over as Glasgow Warriors head coach in 2012.

The Warriors won the Guinness PRO14 in 2015, and two years later Townsend took over from Vern Cotter as head coach of the national team.

“To be involved as a player and now as a coach is truly humbling,” said Townsend.

“The Springboks are a formidable opponent on home turf, but looking at the talent in England, Ireland, Scotland and Wales, it is a hugely exciting opportunity for us to do something special. 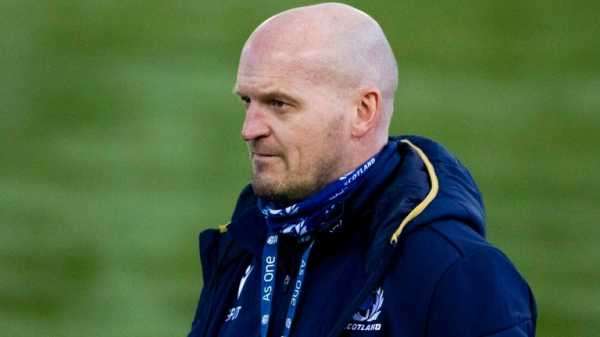 “One of the great challenges of a Lions Tour is to bring together players from four different countries, in a short space of time, and create an attacking threat that will cause the opposition problems. It’s something I am already looking forward to.”

Gatland said: “Gregor is doing an excellent job in charge of Scotland and is an outstanding coach.

“He also understands the challenges of touring South Africa as a player and what it takes to win there, so I am extremely happy he will be part of the set-up.” 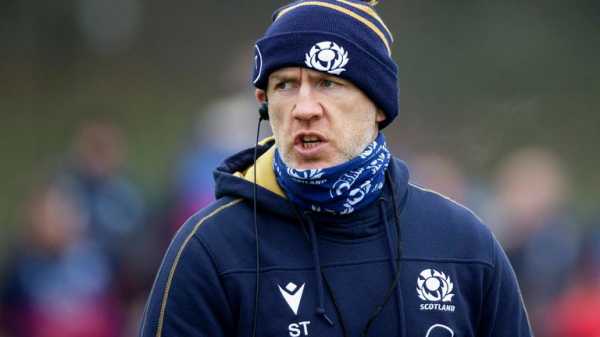 Steve Tandy has been working under Townsend in the Scotland camp since December 2019, put in charge of the team’s defence after the World Cup in Japan in which Scotland failed to make it out of the group stages of the tournament for the second time in history.

The difference made by Tandy was immediately evident, with Scotland only conceding five tries in the 2020 Six Nations – England, who were champions, conceded nine. In this year’s Championship Scotland were joint-best for tries conceded (10) and second for overall points conceded (91), giving up three points more than Ireland who were the most frugal.

Tandy transitioned into coaching during his playing days, and was appointed head coach of Ospreys at the age of 32 after making 102 appearances for the Welsh region. 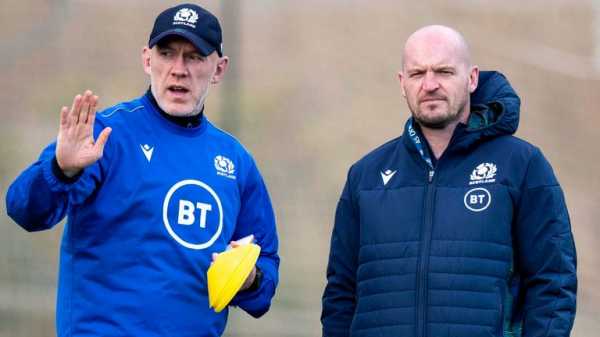 The Ospreys won the PRO12 in Tandy’s first year in charge, and the Welshman kept his job until the beginning of 2018 when he parted ways with the team after a poor start to the season.

He joined Australian Super Rugby side the Waratahs later that year, and was there for two seasons before getting the call from Townsend.

This summer’s tour of South Africa will be the 41-year-old’s first taste of Lions rugby, and he will likely also have his day job in the back of his mind, with Scotland drawn in the same pool as the Springboks for the 2023 World Cup in France.

“To take on the world champions in their own backyard is a massive test and one I am really looking forward to being part of,” Tandy said.

“I am sure Gregor and I will benefit greatly from this experience and gain valuable knowledge about the Springboks ahead of the Rugby World Cup in two years’ time.”

Gatland said: “Steve has made Scotland’s defence one of the most organised in world rugby – something we saw throughout the recent Six Nations.

“He’s clearly an intelligent coach and someone I am very much looking forward to working with.” 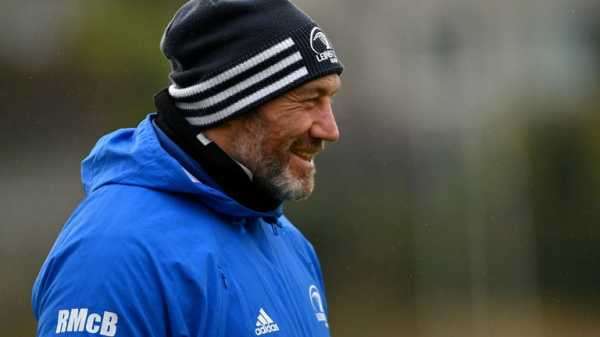 Robin McBryde toured Australia with the Lions as a player in 2001, and was part of the midweek team that beat Western Australia 116-10.

The former hooker was in Wales’ squad that won the Six Nations Grand Slam in 2005, and played 37 Tests in total before embarking on a coaching career.

McBryde joined Wales’ coaching staff in 2006, and worked under Gatland throughout the Kiwi’s tenure from 2008 until the 2019 World Cup in Japan, during which time Wales won three Grand Slams and made it to the semi-finals in Tokyo.

Following Gatland’s departure from Wales, McBryde joined Leinster as assistant coach under Leo Cullen, with the Irish province continuing their PRO14 dominance by winning back-to-back titles in the two seasons since he arrived in Dublin.

McBryde is part of the Lions coaching set-up for the first time, but acted as interim head coach of Wales during Gatland’s Lions involvements in 2009, 2013 and 2017.

“South African rugby is known for its physicality, so we’ll be under no illusions of what to expect when we arrive. The challenge for us will be to come together quickly and be physical and uncompromising in the way we play.”

Gatland said: “Obviously Robin is someone who I know very well from our time together in Wales. He is an impressive and experienced coach who continues to have success with Leinster.

“I think he’ll be well suited to the Lions environment and I am sure he will do an excellent job with the forwards.” 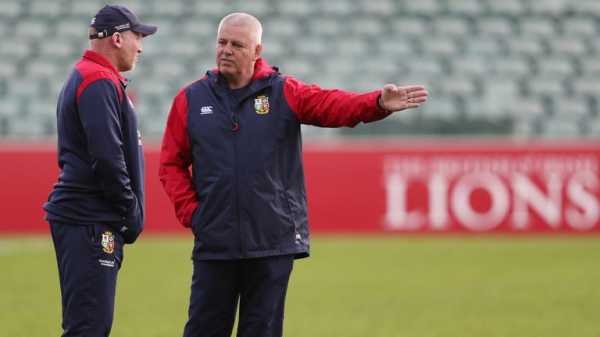 Neil Jenkins is the most experienced Lions coach of the group, about to embark on his fourth tour having been on the staff in 2009, 2013 and 2017.

Jenkins also toured twice as a player, featuring from the bench in the second Test of the 2001 tour of Australia, but it was in South Africa in 1997 where he shone.

The fly-half kicked 24 points against the Natal Sharks a week before the first Test, and the value of his pin-point goalkicking meant he was played out of position at full-back for the series opener, with the more expansive Townsend starting in the No 10 jersey.

Jenkins went on to score 15 points in each of the first and second Tests and 11 in the third as the Lions held on for a memorable series win against the world champions. 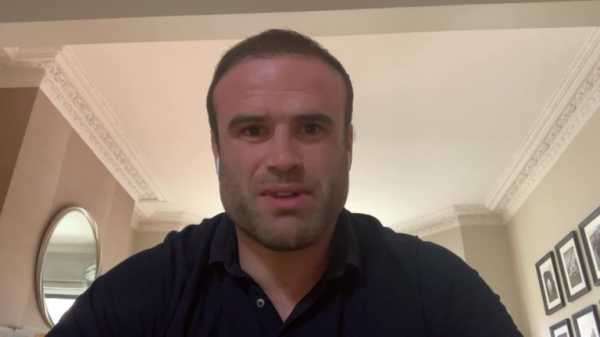 He has been working for the WRU as a coach since 2004, and has been involved with the national team for almost 15 years after first joining Wales’ set-up in 2006.

“The Lions is a unique experience for players and coaches,” Jenkins said.

“To bring together the best players from four countries and take on the Springboks in their own backyard is very exciting. To do it with one of my Lions team-mates from 24 years ago is incredibly special for me.”

Gatland said: “A Lions Tour is a unique challenge, so it’s important to have some continuity in the coaching group.

“Neil understands the exceptional demands that only a Lions Tour can present, and we will benefit from his knowledge and experience.”