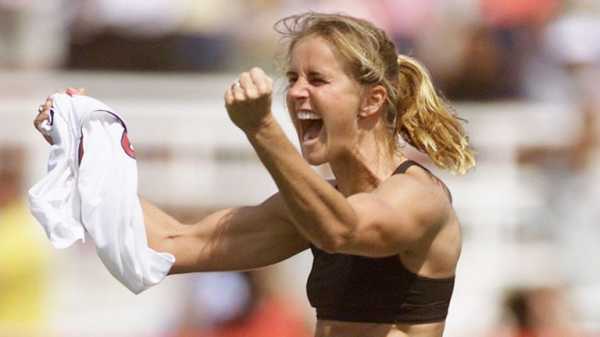 Brandi Chastain says her iconic 1999 World Cup-winning celebration made her life “flip upside down” and changed the landscape of women’s football.

Chastain shot to fame in 1999 after she celebrated scoring the USA’s winning penalty in the Women’s World Cup final by ripping off her shirt, waving it around her head and dropping to her knees.

The final, in which the USA beat China on penalties after playing out a 0-0 draw, attracted 90,185 spectators to the Rose Bowl in Pasadena, California – a record attendance for the competition. 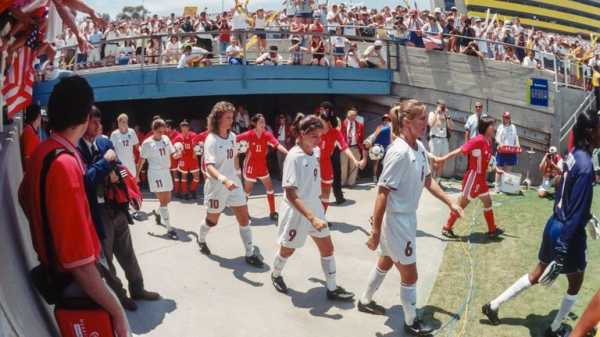 “It changed my life, improved my life, made my life flip upside down and it’s really impacted women’s football and I think football in this country,” Chastain told The Women’s Football Show.

“It really was so anonymous leading up to 1999, even though we were Olympic gold medallists and we had some epic games against China and Norway back in the late 1980s and early 1990s.

“It was great football that was happening. It was just FIFA unfortunately didn’t take it seriously, federations didn’t take it seriously beyond a few, and it just wasn’t displayed like 1999 and so when the Women’s World Cup committee introduced that it would be playing the games in massive stadiums across our country, from New York to California and everywhere in between, it became an event for people who normally wouldn’t go to football matches. 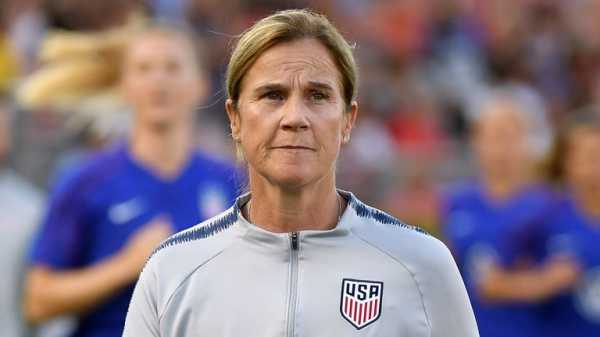 0:57 Chastain tells The Women’s Football Show that former USA coach Jill Ellis is one of the front-runners for the England Women’s job

“It was incredible the groundswell of support for every game that happened, not just ours. I remember post 1999 I went to a very small town in South Dakota which is not hot for soccer or hadn’t been until that time. They had 100 girls playing, which I think even in the eyes of the people there thought was incredible. One month later, 10,000 girls had signed up so I think that is just a microcosm of what’s happening all over the world.

“For sport too I think it’s just this belief that when something big like that happens and there’s people who look like you and represent you in the same kind of manner, you feel like you can take on anything.”

Heath: How to beat the USA

World Cup winner Tobin Heath says financial backing has made the USA the best team in women’s football and believes the only way for anyone to catch them is by surpassing that investment.

Heath, a forward for the USA, felt the mentality among the squad changed when investment improved and said “it made us value ourselves more”. 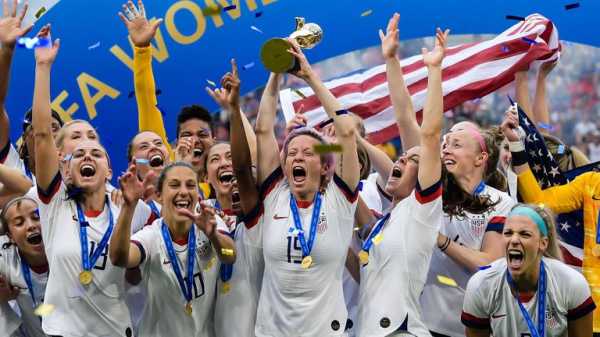 1:55 World Cup winner Tobin Heath says the USA’s success is primarily down to financial investment and a winning mentality embedded within the team

Asked why the USA is so good, Heath said: “It’s all about investment – it’s because they had the first investment in the sport.

“In order for other teams to take over the US it is going to take an over-investment.

“If you take the same investment. If another country was trying to beat the US and they put the same investment that we have in the sport – it’s not enough, in my opinion, because you have to over-invest in all of the areas that you had under-invested in before. 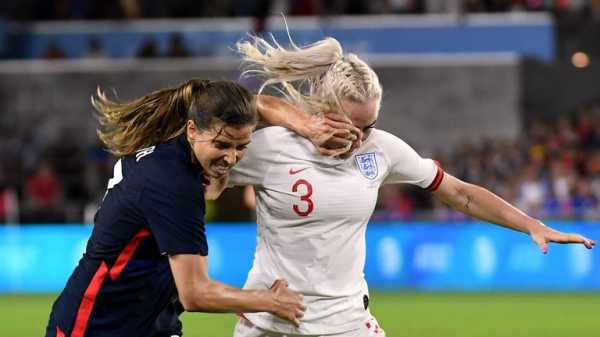 “Not only does the investment change the opportunities that we had as players, but it also changed our mentality and it made us value ourselves more and gave us more of a sense of purpose in the sport.”

Asked how other teams could recreate the winning mentality of the USA, she continued: “That’s a part of the culture that is very embedded in the US team.

“I think a winning culture is contagious and it’s something you can’t get overnight. You can’t bring in a fancy coach and coach it, it’s something about this team showing up every day and wanting to get better and to find out what that means as an individual and as a collective.

“I think because it is such a hard place to get to and to stay in, there is no room for any type of complacency.”