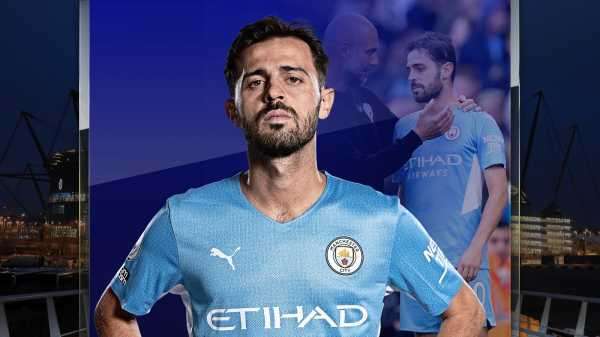 As the quote is put to Pep Guardiola in our interview, the eyebrows go up and the smile broadens but his reaction is one of delight rather than surprise.

“Coming from Ze Roberto, I like it because he was one of my favourite players when playing in Germany,” Guardiola tells Sky Sports. “He was still a top quality player at 40.” 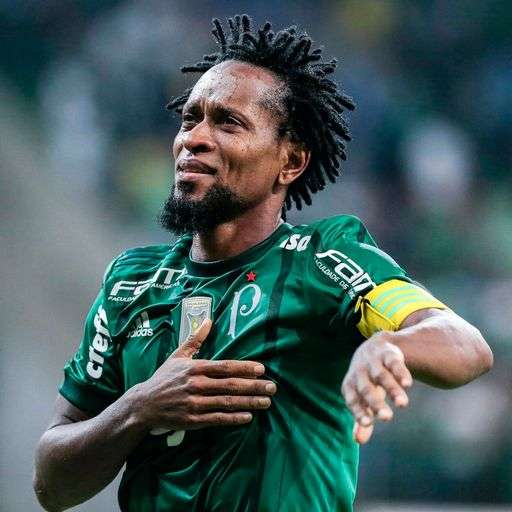 But is he right?

“I don’t know if Bernardo is the best player in the world and I don’t care. What I see is an incredibly nice guy. It is a joy to work with him.

“He is an extraordinary player, absolutely.”

But Guardiola thinks the player is too understated to receive the individual acclaim required to be universally recognised as the best player on the planet.

“He is never going to win the Ballon d’Or because you have to be on social media, you have to not just win but score a lot of goals and Bernardo does not have that quality.

“If one day it will happen I would love it, I would be happy for him like any other player that we have here that one day would win the Ballon d’Or. I would be more than grateful to experience that award with him. For me, as a manager, he can do everything.”

It is perhaps that ability rather than any specific trait that makes Bernardo such a remarkable footballer. In the Manchester derby, the work rate of the star names among the opposition was questioned but he manages to fuse high quality with total commitment.

He covered the most ground of any player on the pitch at the Etihad Stadium in that game – running 12.84 kilometres. Nobody won more duels. He now ranks among the top ten players in the Premier League for possession won in the final third of the pitch. 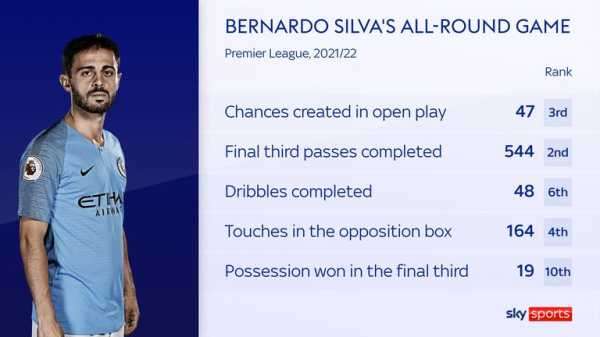 This season, he also ranks third in the Premier League for chances created during open play. Only his Manchester City team-mate Joao Cancelo has completed more passes in the final third, while only five players in the competition have completed more dribbles.

The players on these lists are very different. He is just ahead of Mohamed Salah for dribbles and Oriol Romeu for possession won in the opposition half. He has completed more passes in the final third than Rodri and created more chances than Martin Odegaard.

“He can do everything,” reiterates Guardiola.

“Offensively and defensively, he can do everything that you can do.”

And he can do it in a variety of different positions.

Against Manchester United, Bernardo’s movement was particularly significant because he was able to drive into those wide areas to help Cancelo and Jack Grealish create an overload on the left. He was the player crossing for De Bruyne to score from near the by-line.

But against Everton in the previous game, he had been deployed in a different role. Often, he had been the team’s centre-forward, before operating on the right wing for much of the match and eventually crafting the winner for Phil Foden from out on the left. 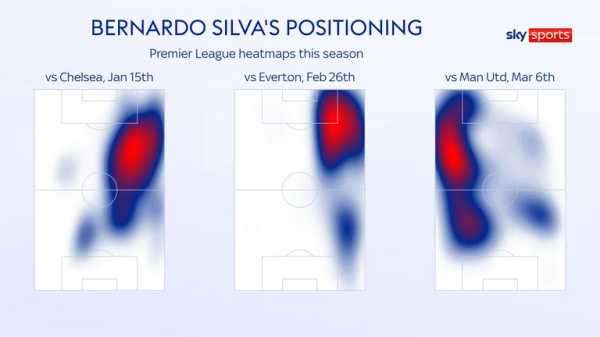 In the win over Chelsea in January, he was asked to play in a deeper position, helping to build the game with Rodri. Such rare tactical flexibility is a gift for a manager who likes to solve problems. “He can play in six positions,” says Guardiola. “This is important.”

Not all of it comes naturally to Bernardo, however.

“He likes to go inside but coming from outside. Being already inside he struggles a little bit but we have to understand that. When the opponents like Everton sit back so, so deep and everyone closes the gaps inside, for the players who play there it is not easy.”

Gabriel Jesus has stated his preference to play out wide rather than up front for this reason – the search for space. Bernardo has worked to embrace the challenge. “You can ask these things of intelligent players and he is. When it happens he understands it.”

That mentality sets him apart. It is vital in a Guardiola side. “I would say it is more important right now than the tactics. The tactics after six years together we know exactly what we have to do. It is about more up here,” he says, pointing to the side of his head.

There was a moment at half-time during the Manchester derby when the cameras caught Guardiola talking to Bernardo. It was not a one-way conversation, a manager giving instructions to a player. Here, Guardiola was the one who was doing the listening. 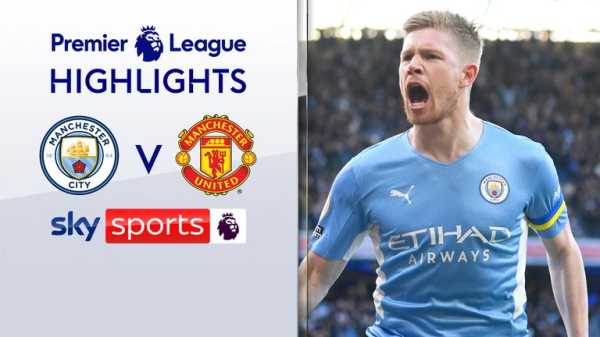 He has spoken before of how it took a while to understand what made Cancelo tick. That connection with Bernardo is there and it feeds into comments Guardiola made recently about looking beyond statistics. Does it take time to build that relationship?

“As a manager you need time to know the players. You see the players before signing. The skills you know. But you have to live with him, adapt my way of conducting, adapt to him, and the way we play, a different country, house, family, there are many things involved.

“Because when we are talking about statistics, I make a plan, the videos showing to play this way or that way, where are the emotions there? Does the big data show me the emotions? Does it show me what that player is feeling in that specific moment in the game?

“Do they feel comfortable that day or whatever?

“At the end, emotions are everything. With videos, they are smart enough, they will read, they will know exactly what to do. But when we are at home, as a pundit or a spectator analysing the game, you can know everything but where are the emotions?

“And emotions are everything in life. In football, especially.”

With Bernardo Silva, the statistics tell only part of the story.

Guardiola’s admiration for him tells the rest. 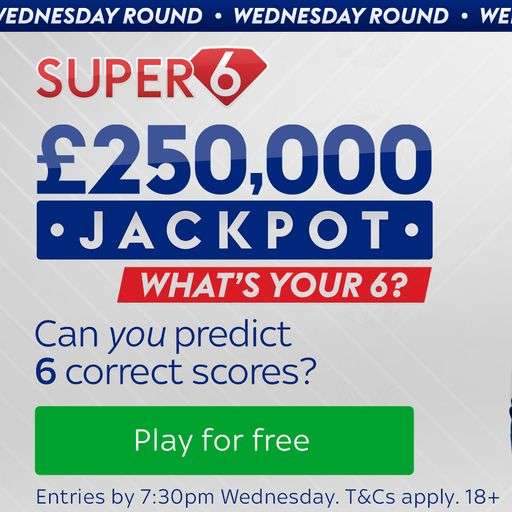