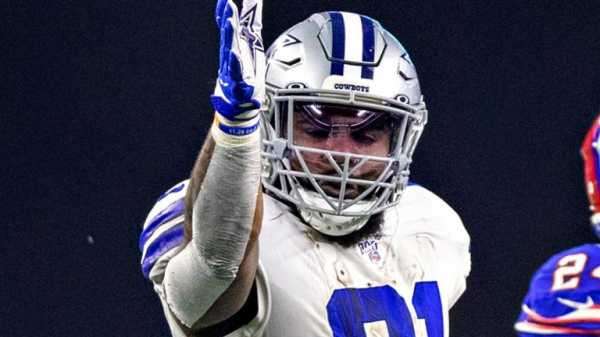 0:57 Thanksgiving in the NFL is set to be a classic in 2020, with the Texans @ Lions, Washington @ Cowboys and Ravens @ Steelers live on Sky Sports this Thursday

The Lions’ largest crowd early on in the 1934 season just about peaked at around 15,000, prompting Richards to stage a game on Thanksgiving in a bid to boost local and national recognition for his team.

Using the reputation of his sizeable radio station, he persuaded NBC to broadcast the game on 94 stations across the country. The stage was set, and so in came George Halas’ undefeated Chicago Bears to play out the biggest game of the season.

Besides selling out the 26,000-seat Detroit University Stadium two weeks prior to the game, the Lions also had to turn fans away at the gate ahead of a contest that would decide the NFL Western Division champion.

Despite the day ending in defeat for Richards’ team, it was a barrier-breaking success for the organisation. Fast forward 86 years and, barring the World War Two disruptions, the Lions have played on the day ever since. 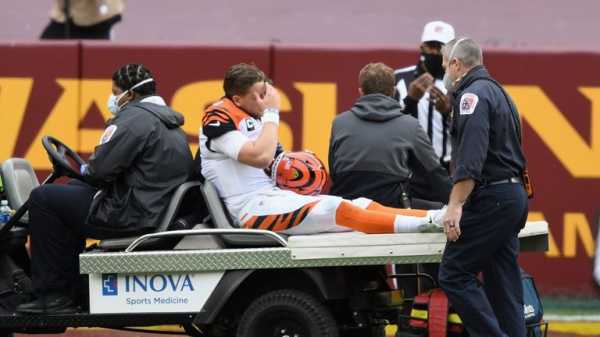 3:57 A look back at the action and talking points from Week 11 of the NFL season

The Super Bowl-less franchise is synonymous with little aside from Thanksgiving, and with just six wins and 14 defeats on the day since the turn of the century there are questions over whether the slot should still belong to them.

The Dallas Cowboys’ reputation as the league’s most valuable team somewhat explains their second-most 51 appearances on the holiday, but why the Lions? Tradition, that’s why.

It’s not always bad news for the Lions on Thanksgiving. More often than not. But not always.

Take 1962 for example, when the Lions stunned Vince Lombardi’s 10-0 Green Bay Packers 26-14 in what would be the only defeat of the season for the eventual NFL champions. Hall of Fame quarterback Bart Starr was sacked 11 times for 110 yards on the day, including six from 300-pound tackle Roger Brown, in what would later become known as the ‘Thanksgiving Day Massacre’. 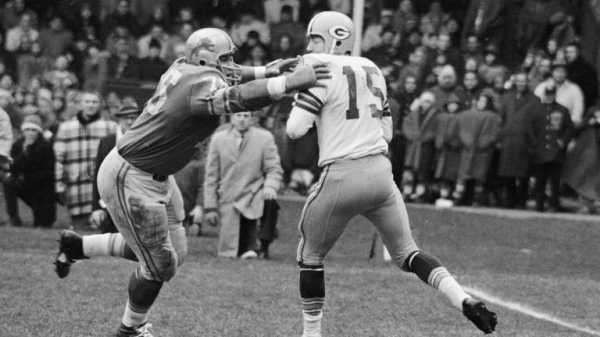 The Lions were later involved in the first Thanksgiving game to go to overtime in 1980 when they found themselves tied 17-17 with the Bears at the end of regulation time, before Chicago’s Dave Williams returned the overtime kickoff 95 yards for a game-winning touchdown within 21 seconds.

Though Thanksgiving holds mixed memories for Lions fans, its association with Detroit does also deliver a welcome annual reminder of Barry Sanders’ greatness. The Hall of Fame running back graced the 1997 game with 167 rushing yards for three touchdowns from 19 carries in the 55-20 win over the Bears.

Despite their rather miserable track record, the Lions had good reason to smile in 1998 when they beat the Pittsburgh Steelers 19-16 via one of the most famous moments in Thanksgiving history.

With the game heading into overtime, referee Phil Luckett brought the team captains together for the coin toss to determine who would start with the ball.

Steelers running back Jerome Bettis claimed he had called ‘tails’, while Luckett was adamant he had called ‘heads-tails’. He therefore took ‘heads’ as the losing call and handed the ball to the Lions, who went on to seal the win with a 42-yard field goal on their opening possession.

The Lions even have a tenuous link to the unforgettable 2012 ‘Butt Fumble’, which saw New York Jets quarterback Mark Sanchez lose the ball after running into the backside of guard Brandon Moore following a botched handoff to Lex Hilliard.

The man to return the fumble for a 32-yard touchdown? Lions defensive backs coach Steve Gregory. Perhaps more so a famous play, as opposed to a famous face.

Spring forward to 1976 and it often goes forgotten that Dexter Bussey rushed for 137 yards and a touchdown to help the Lions to a 27-14 victory over the Buffalo Bills. The reason being, is that this game was all about OJ Simpson, who set an NFL rushing record with 273 yards for two touchdowns from 29 carries.

Six years later the Lions were introduced to a then-rookie Lawrence Taylor, whose 97-yard interception return for a touchdown in the fourth quarter decided a 13-6 win in favour of the New York Giants. 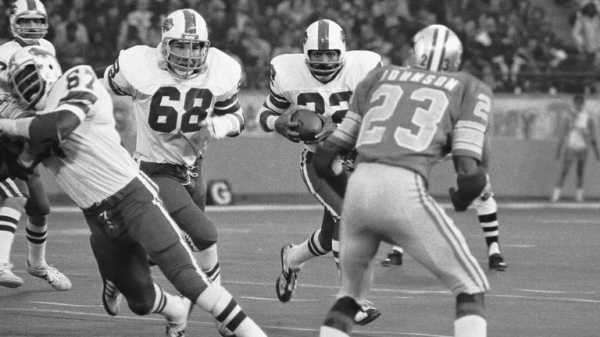 From one great to another, the Lions’ first Thanksgiving game of the century played stage to Tom Brady’s debut for the New England Patriots in 2000 as he made one pass for six yards having replaced Drew Bledsoe late on in a 34-9 win for Detroit.

In fact, make that three greats whose glittering careers entailed a Lions Thanksgiving meet, with Peyton Manning dismantling Steve Mariucci’s side with 236 yards passing for six touchdowns to lead the Indianapolis Colts to a 41-9 rout in 2004. That would kick start a nine-game losing streak for Detroit on Thanksgiving.

The rot finally stopped in 2013 when Matthew Stafford threw for 330 yards, three touchdowns and two interceptions, Reggie Bush rushed for 117 yards and a touchdown and Calvin Johnson made six catches for 101 yards and a score in a 40-10 win over the Aaron Rodgers-less Packers.

Cue a four-game winning run on Turkey Day that would see ‘Megatron’ reach an NFL-most 10 receiving touchdowns on Thanksgiving before his retirement in March 2016. 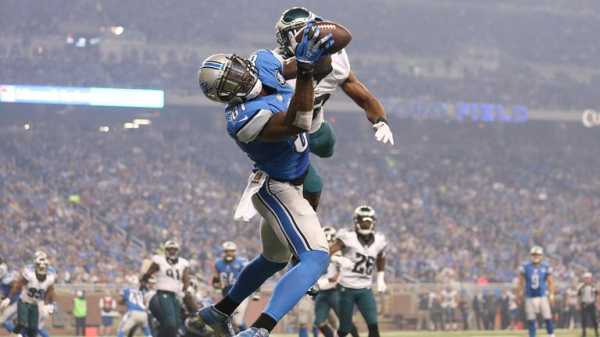 His record-setting game arrived in his final season as he caught three of five Stafford touchdown passes in the 45-14 victory over the Philadelphia Eagles. Boy, he was some player.

As for Stafford, he is now gearing up for his 10th Thanksgiving Day appearance, with just one more touchdown pass needed to tie Tony Romo’s 18 for most on the holiday.