6:43 Watch highlights as Argentina earned their first ever win over New Zealand with a brilliant 25-15 triumph in Sydney

While players in New Zealand and Australia returned to Super Rugby action in June and July respectively, Argentinian rugby players had almost exclusively not played a game of rugby since March. The All Blacks had also played Australia four times in five weeks in the lead-up.

World champions South Africa pulled out of the Rugby Championship citing a lack of preparation, yet Argentina entered.

Since touching down in Australia, the players had to eat alone within their rooms for two weeks. They could not leave the hotel under any circumstance, engaging in defence sessions within a hotel conference room. Some players haven’t seen their families since August, and won’t do until December. Barely anyone gave Argentina a chance against New Zealand in Sydney. In fact, most expected them to get destroyed. Notwithstanding their chaotic build-up, Los Pumas had won just three of their past 36 Tests against tier-one nations prior to this match.

Also at play was the fact that the All Blacks had just lost 24-22 to Australia, having mauled the Wallabies 43-5 the previous week. New Zealand don’t lose back-to-back Tests we were told. It had been nine years since they had experienced that (South Africa and Australia in 2011).

Former All Blacks John Kirwan and Mils Muliaina called for New Zealand to pick a reserve side to blood some depth, such was their confidence. Kirwan went one step further by openly laughing at the Pumas. The All Blacks did, in fact, go on to pick their strongest selection.

Yet, at Bankwest Stadium in Sydney on November 14, 2020, history was made as Argentina pulled off what seemed impossible. A win against all odds. A monumental, worldwide sporting shock. 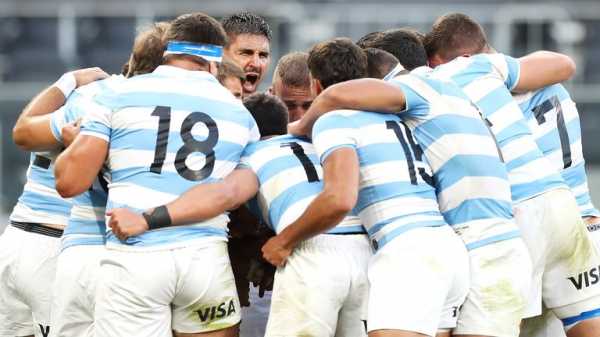 “We’ve been through hell,” an emotional Ledesma said afterwards. “We’ll remember this for a long time coming. Not only because of the game, but also the special situation that got us to the game. I guess somebody will write a book about it.”

Here is more about the squad that did it, and some of what they had to go through in the months preceding this victory… 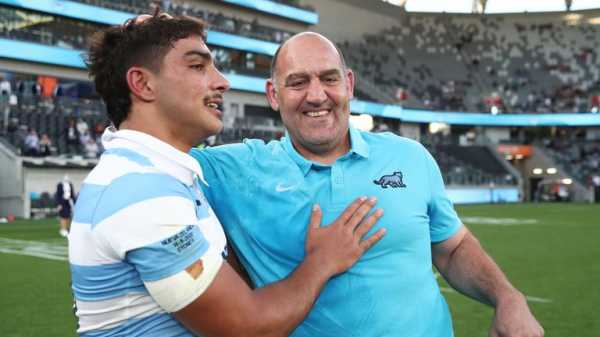 Exciting back Carreras was among five players who tested positive for Covid-19 in the first round of testing during Argentina’s August training camp at Casa Pumas, only returning to training in September.

Carreras made his first start for Argentina at full-back against the All Blacks, having only started three previous Tests – all on the wing. 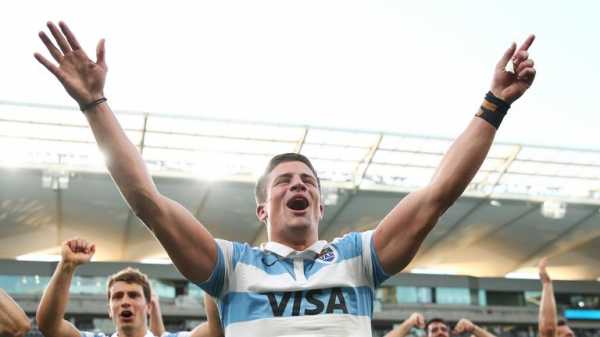 Wing Delguy was among six Argentina players to test positive for Covid-19 during the second phase of testing at the training camp at Casa Pumas in early September, and was placed into “preventive isolation”.

The Rugby Championship was placed into ‘extreme doubt’ after such results. 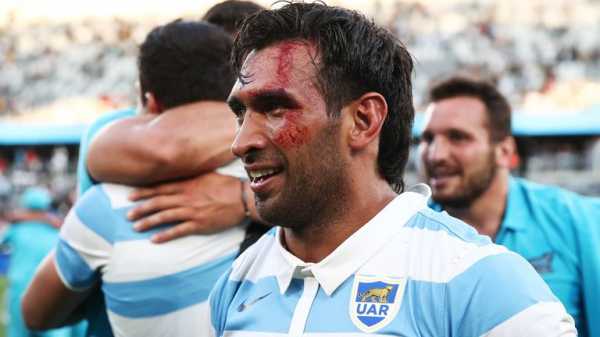 Experienced centre yet another to have contracted Covid-19, as he was one of a group of five players who tested positive during the third phase of testing at Casa Pumas in mid-September. 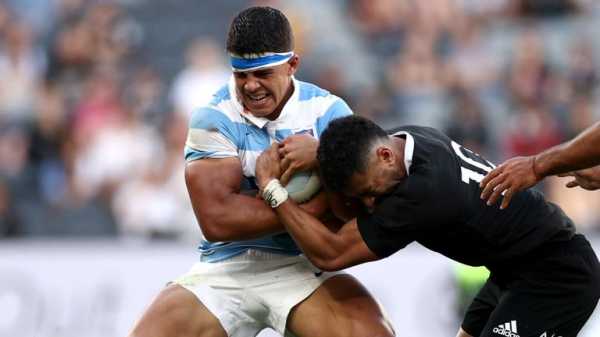 Talented centre made his Test debut for the Pumas in the historic win over the All Blacks.

Like Carreras, Chocobares tested positive for Covid-19 in the first round of testing during Argentina’s training camp at Casa Pumas in August. 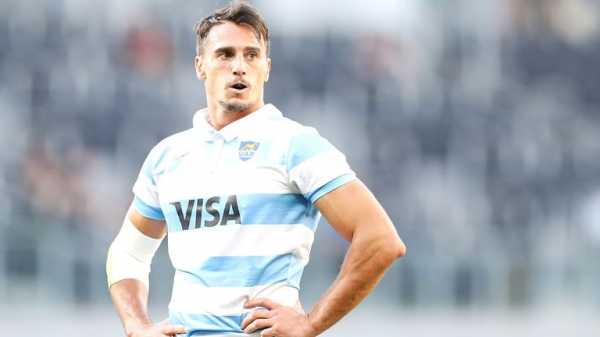 Racing 92 back Imhoff hadn’t played for Argentina for over five years before victory over the All Blacks, last featuring at the 2015 World Cup.

Ledesma handed Imhoff a recall and starting berth in Sydney. What a comeback. 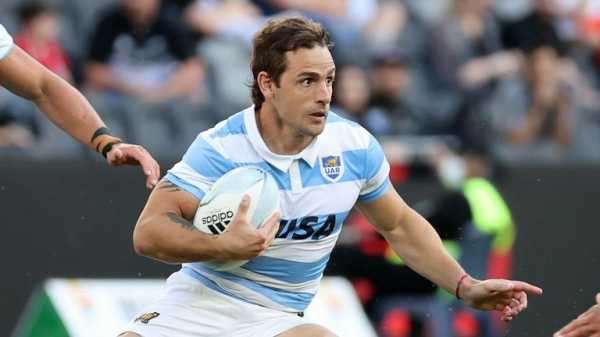 “I ran 21 kilometres within my house” – one of a number of extraordinary lockdown training tales, as out-half Sanchez took to jogging around the interior of his house for fitness.

Struggling for form with French club Stade Francais before travelling home, Sanchez proved the star man on the day, scoring all of Argentina’s 25 points. He landed seven from eight kicks off the tee from all angles and scored a try all of his own making: chipping ahead with his weaker left foot before reacting quickest to dive over. 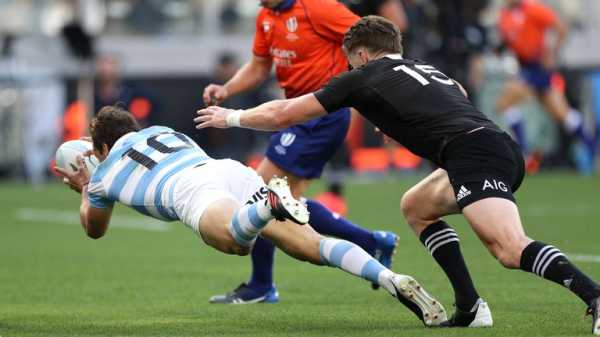 “Before we arrived at the stadium we said: ‘Today is the day’,” Sanchez said. “Adversity always makes teams stronger. Now in our heads we only have the idea of continuing to grow.

“When the World Cup ended I thought my career at the Pumas was over, I didn’t think I was going to be able to wear the jersey again, and much less be here.” 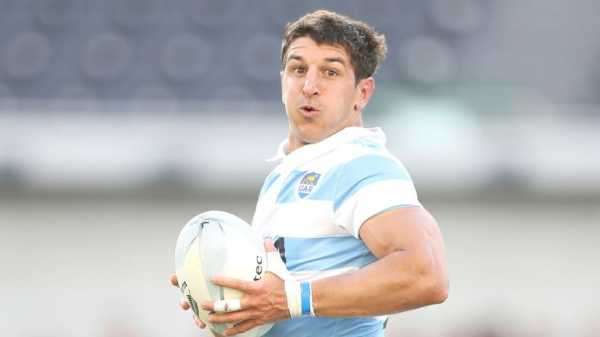 “I practised passes in the garage at my home” – another incredible training tale as video footage showed scrum-half Cubelli practising his passing off the ground by aiming and hitting a thin strip of paint on a wall within his garage.

Was also yet another Pumas player to contract Coronavirus, testing positive like Orlando during the third phase of testing at Casa Pumas in mid-September. 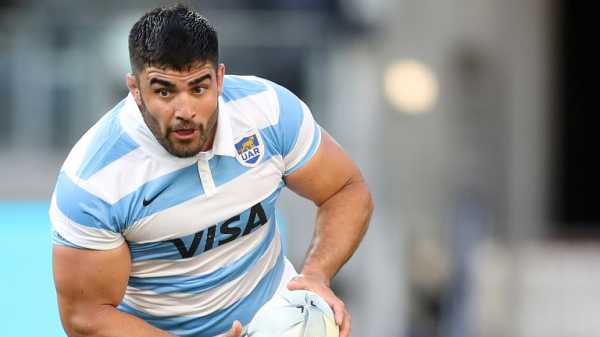 A consistent member of Argentina’s starting XV over the last number of years, he’d experienced eight losses from 10 Tests prior to this meeting with the All Blacks. “I trained for over 100 days in my apartment” – another astounding tale, as hooker Montoya is shown on video lifting kettlebells on his own.

The heir to Augustin Creevy’s throne, Montoya has been fantastic for the Pumas.

Was one of three players to contract Covid-19 during the fourth phase of testing on September 16. 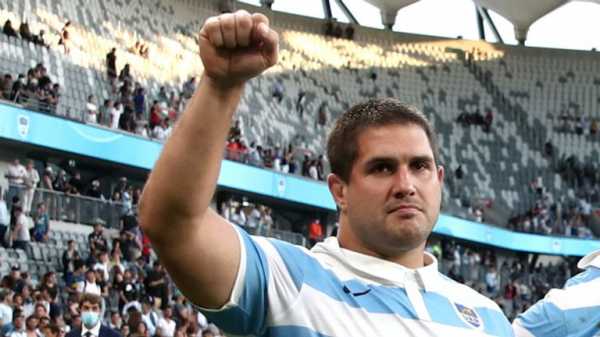 A complete bolt from the blue, 35-year-old Kodela had not played for the Pumas in over seven years, and hadn’t started a game for them in over eight years going back to June 2012.

Played for a sensational 71 minutes against the All Blacks, locking out a scrum which operated at 100 per cent and yielded two penalties. A magnificent return to the Test fray for the veteran. 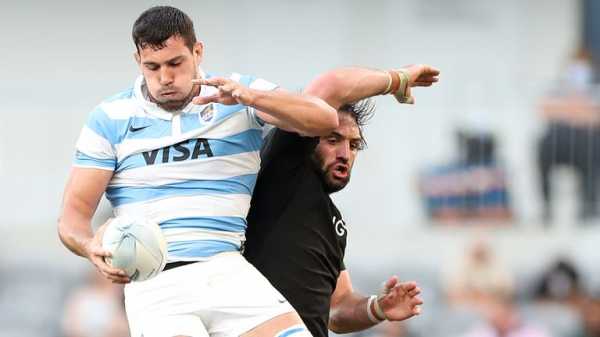 Up against one of the best to ever play the sport in Sam Whitelock and one of the form players of New Zealand rugby in Patrick Tuipulotu, Petti outshone both in a wonderful second-row performance.

Only 26, the imposing lock was a dominant force on the field as he made 14 carries – no player made more from either side – 11 tackles, one turnover, claimed four lineouts and made a lineout steal. 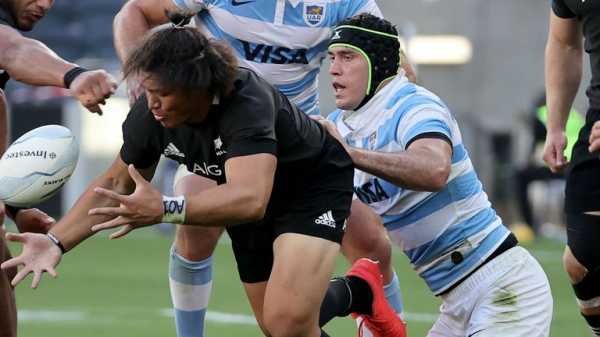 Alemanno only started one game for Argentina at the last World Cup in Japan a year ago, against the USA, but he was in from the start against the All Blacks on perhaps the Pumas’ greatest day.

Recently having signed for Gloucester in the Premiership, Alemanno was the perfect foil for Petti. The leader of this band of history-makers. Palpable passion, outstanding leadership, a breakdown nuisance and the inspiration behind viral videos, nobody could have watched Argentina’s victory and failed to notice skipper Matera.

The 27-year-old saw All Black back-row Shannon Frizzell slap one of his team-mates early into the contest, and responded with a flurry of pushes and slaps himself. Matera was not going to allow the All Blacks to bully the Pumas.

The referee called for leadership from Matera after the skirmish, and Matera’s response has since gone viral on social media:

“We wanted to show people that if you put in the work you can achieve things, if you keep going you can make it.

“Young kids can’t go to their home clubs to play rugby at the moment because of the virus but I’m sure they are going to feel proud of being Argentinean and being rugby players.” 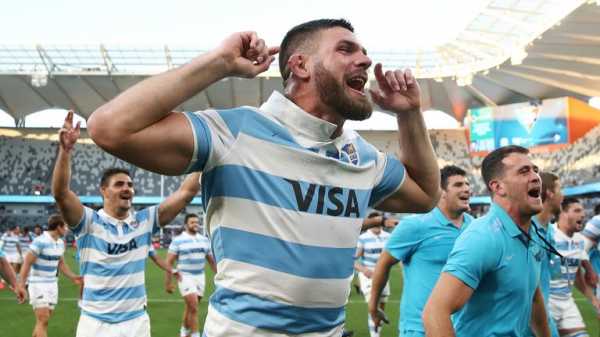 Responsible for the outstanding display of the Test.

Relentlessly physical and possessing a tirelessness work ethic, Kremer made an unbelievable 28 tackles against the All Blacks – 12 more than the next player and more than the entire New Zealand back-row combined.

The 23-year-old – whose girlfriend tragically died of cancer in 2018 – also made a game-high 14 carries. “I’ve had 16 swap tests since I started training in Buenos Aires,” Bruni says on video prior to this Test.

The back-row was making just his third Test start for the Pumas – the previous two coming against the USA and Scotland.

The All Blacks were a different proposition altogether, but he took it to them with a performance full of heart and impactful carries.

And there’s been more stories too. Replacement prop Santiago Medrano talks of practising scrummaging in the garden with his father. Second row Lucas Paulos filmed himself jumping solo to practice lineout drills and sent it to the coaches. Hooker Santiago Socino asked his father to stand on the roof of his house so he could practice lineout throwing.

Isolated, hotel-bound for the most part and underprepared, Argentina pulled off one of the greatest results in rugby history. It resembles a film narrative more than reality.