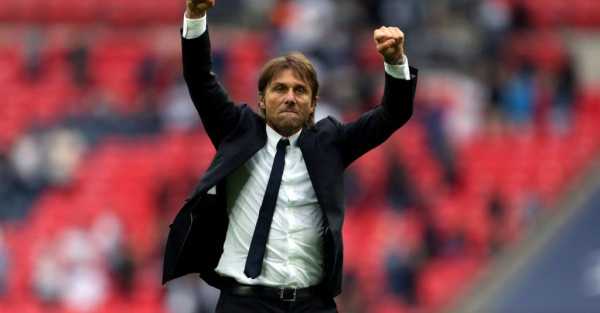 Tottenham are looking for a new manager again after sacking Nuno Espirito Santo.

Nuno was only hired in the summer after a drawn out managerial search saw the Premier League club fail to land a number of candidates.

A fine tactician and forceful personality, the Italian has a knack of ending successful stints by falling out with those above him. The 52-year-old’s first big managerial break came at Juventus, who he led to three Serie A titles. Conte went on to mastermind Chelsea’s Premier League win in 2016-17 and the following season’s FA Cup success, before returning to management with Inter Milan and taking them to last season’s Serie A crown. He left in the summer. It remains to be seen if Tottenham could convince him to take the job after talks broke down in the summer over the Italian’s demands.

The former Roma boss was heavily linked with Spurs in the summer and his wife suggested on Instagram that the family were ready to move to London. Despite that falling through, the north London club could go back for the Portuguese, who has also managed Shakhtar Donetsk. Levy would have to move quick, though, with the 48-year-old also linked with the vacant Newcastle job.

Potter continues to receive praise for the job he has done at Brighton, who sit above Tottenham in the Premier League table. The former Ostersunds and Swansea boss has been linked with a move to a club with more resources than Brighton, but Spurs may struggle to convince Potter to leave his ongoing project on the south coast mid-season.

Tottenham could look to the continent and Porto’s boss Conceicao. The former Portugal international has won two league titles with the club and has them sitting top of the table this season. The 46-year-old impressed with his side’s run to the quarter-finals in last season’s Champions League, when they knocked out Juventus, and could be ready to move on.

Former Spurs midfielder Parker has made a flying start to his time at Bournemouth. After leaving Fulham following their relegation from the Premier League, Parker switched to the Cherries, who sit top of the second tier – five points clear of his former team in second. A manager whose top-flight experience involves two relegations may not ordinarily excite Spurs fans, but his past spell as both a player and coach in north London would make him more appealing.

A Pochettino return was explored in the summer, but he remained with Paris St Germain who have since added Lionel Messi to their squad. The man who led Spurs to their only Champions League final is highly unlikely to leave the French capital mid season, but if Levy and Paratici are patient and stay with a caretaker until the end of the campaign, they could look to secure an emotional reunion in time for next season.