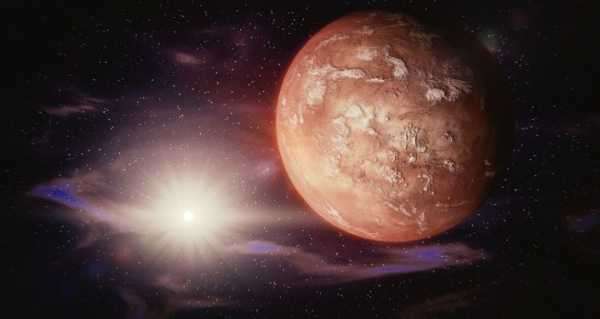 China’s Tianwen-1 spacecraft was launched toward Mars in July 2020 from the Wenchang Space Launch Center, and successfully entered the red planet’s orbit on Wednesday. The 5-ton probe isn’t expected to land on the Martian surface until sometime in May.

Published by state broadcaster CCTV, the video recording documents Mars’ surface throughout the course of an entire Martian day, showing the planet’s rocky terrain fading from white to black.

Multiple craters and the planet’s thin atmosphere can also be seen in video captured by the space probe moments after entering Mars’ orbit on Wednesday. Officials noted in a release that a “slight vibration” seen in the video was caused by the craft’s engine being ignited.

The release of the video recording came a few days after the Chinese space agency published a black-and-white photo of Mars as a means to confirm the probe had indeed entered the Martian orbit.

China’s Tianwen-1 spacecraft snaps a photo of Mars at 2.2 million kilometers away

China’s Tianwen-1 spacecraft, launched aboard a Long March 5 Y-4 carrier rocket, carries with it an orbiter, a lander and a 530-pound rover that will explore the Utopia Planitia basin. Following its May touchdown on the Martian surface, the probe will begin a three-month study of the planet’s soil and atmosphere while searching for signs of alien life.

Tianwen-1’s success places the Chinese space program one step closer to the country’s aim to establish its own space station by 2022, as well as eventually putting an astronaut back on the moon.