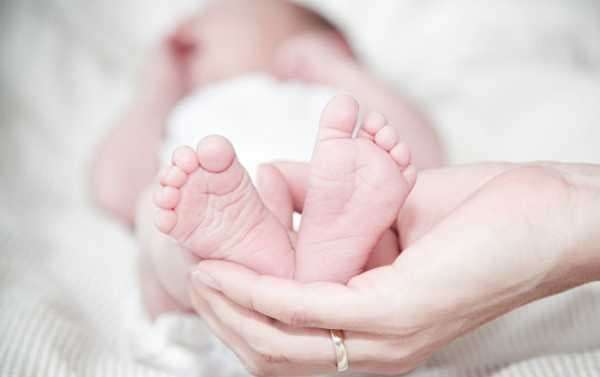 The use of mitochondrial therapy been approved by the The Human Fertilisation and Embryology Authority three years after the therapy was legalized in the country.

While the therapy has been welcomed by many scientists, some have dubbed it controversial because the offspring carries the DNA of three donors.

The first procedure was carried out in 2016 by a team of US doctors in Mexico.

Radio Sputnik discussed the new fertilization technique with Darren Griffin, Professor of Genetics at the University of Kent.

Darren Griffin: It’s the first time to be done in the UK, and one of the things that is really important is the fact that a proper licensing procedure is being considered an ethical and balanced way, and [experts] have come to a view that it should go ahead.

The way that it works, essentially, is that an embryo which would be affected with one of those mitochondrial diseases, the nucleus from that is taken out, we implant it into an embryo that has healthy mitochondria, and from there, dividing the embryo and ultimately a baby is produced.

Radio Sputnik: So this method called ‘nucleus transfer’ involves fertilizing both the mother’s egg and the donor woman’s egg with the father’s sperm. That sounds very tricky, how does that happen?

Darren Griffin: Basically what happens is the regular in-vitro fertilization to produce the embryo from the regular parents, and then the donor’s egg is taken out — it’s just a single cell — a nucleus from that egg is removed but it has healthy mitochondria. And the nucleus from the recently fertilized egg from the two main parents is implanted into that.

RS: Do we have genetic material from both mothers or just from one?

Darren Griffin: The vast majority of the DNA is from the regular parents. To give you a sort of figure, you refer it to as a ‘three-parent baby,’ but if you look more closely at the DNA, it should be more accurate to refer to as a ‘2.000002 parent baby,’ because that’s the amount of DNA that comes across from the donor. So it’s not really a third parent at all, it’s just a healthy egg that is being used, that happens to have a tiny little bit of DNA in it.

RS: So the children will look like their (main) parents and carry most of the DNA of their parents?

Darren Griffin: Yes, absolutely. And mitochondrial DNA is there largely to help power cells. When that’s defective, that means all sorts of horrible consequences. I can’t remember the exact number, but there are tens of different types of diseases characterized by this lack of energy in the cells. So, there is just a tiny bit of DNA from a healthy donor.

RS: Can you tells more about mitochondrial DNA and how it’s different from the regular DNA that we all heard about?

Darren Griffin: A vast majority of DNA sits in the nucleus of the cell. But one thing happened way, way back in evolution, when cells were beginning to evolve, millions of years ago, a sort of symbiosis occurred, such that bacteria invaded cells, and this ended up as a mutual advantage, because those bacteria were very energy-giving; and cells that had these bacteria in them tended to survive a little bit more because they were a bit more energetic. These bacteria were what became mitochondria.

They retained a little bit of DNA. And that DNA replicates perfectly. There are many more copies of it, because in the nucleus, there is only one copy of its DNA, whereas there are many copies of mitochondria.

So again, a vast majority of our characteristics are encoded by DNA in the nucleus, there is just a tiny amount in many copies, just a remnant of come bacteria that invaded the very very primitive cells when the life was evolving on the planet.

RS: The reason why I’m asking is just to make clear that this mitochondrial donation is not something that can be used to change your child’s hair color or its height or something like that.

Darren Griffin: Yes, absolutely. In the vast majority of cases the motivation to do any of these therapies is so that people who have risks of those horrible diseases do not pass them on. Now, of course it raises some very serious ethical questions, but what we have to do is to consider the balance. The alternative is that this family is passing on those horrible diseases, the baby is not living for more than a few years, dying at a very early age and suffering all that time.

We need to just decide where our priorities lie, and, in my opinion, it is very much on the point of view of making these therapies continue.

RS: The only procedures that currently exist with three parents have to do with mitochondrial DNA, which is a very small portion of actual collection of DNA that each human being has. Is that correct?

Darren Griffin: Yes. And to be honest, the ‘three-parent baby’ tag is the invention of the media. You won’t find anyone mentioning that in a scientific conference. I thinks this is a bit of misnomer, given how tiny amount of the DNA is donated by this [third] person.

RS: So this is basically a mitochondrial DNA donation.

Darren Griffin: Yes, absolutely. Certainly, in [the UK] and the vast majority of the countries, when you have to consider this, you have to make a very strong ethical case, go to ethical committee and say “we have patients who have risk of transmitting these diseases, can we have an ethical permission to go ahead and do that?”

In [the UK], that’s what HFEA (Human Fertilization and Embryology Agency) exists for. So it’s highly regulated, and considered on a case-by-case basis.