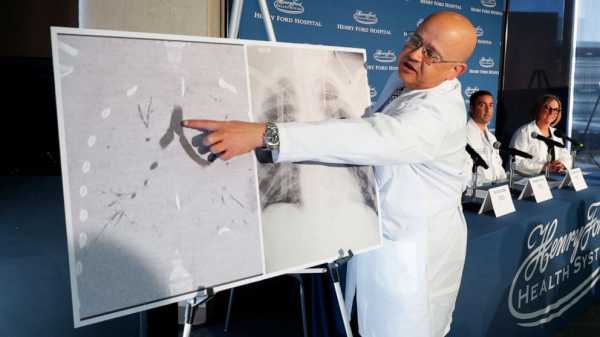 A Michigan teen was facing “imminent death” when he received a historic double lung transplant as a result of a vaping-related illness, doctors said.

Add Vaping as an interest to stay up to date on the latest Vaping news, video, and analysis from ABC News.

Doctors at Henry Ford Hospital said the 17-year-old is believed to be the first person to ever undergo such a transplant due to an irreversible vaping illness. Doctors predicted he was days away from death if he didn’t receive the transplant.

“This teenager faced imminent death had he not received a lung transplant,” Hassan Nemeh, surgical director of thoracic organ transplant at Henry Ford Hospital, said at press conference Tuesday. “His lung damage was like nothing I have ever seen, and I’ve been doing lung transplants for 20 years.”

(MORE: Is vaping more dangerous to your heart than cigarettes?)

Nemeh did not disclose what substance the teen was vaping or for how long, but he said the illness left him with thick, damaged lung tissue that had no chance of healing.

“This is an evil that I haven’t faced before,” Nemeh, who helped perform the transplant along with a team of experts in Detroit, said. “The damage that these vapes do to people’s lungs is irreversible. Please think of that — and tell your children to think of that.” 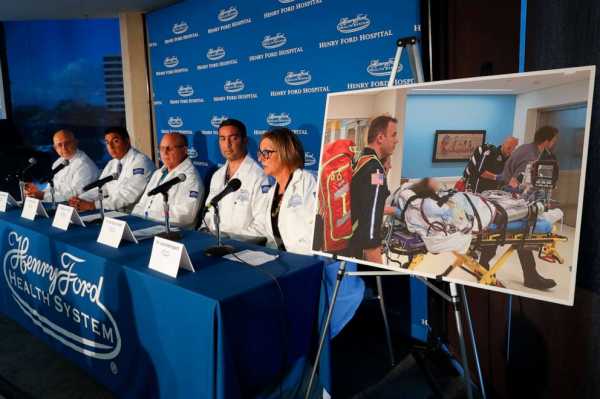 A photo of a patient being transported is displayed while medical staff at Henry Ford Hospital answer questions during a news conference in Detroit, Nov. 12, 2019.

Public health departments in 24 states have confirmed at least 40 deaths linked to vaping and the CDC said it is aware of more than 2,051 probable cases of illness related to vaping. Henry Ford doctors have not been able to pinpoint exactly what’s causing the injuries, but the hospital said its firm recommendation is that vaping products should not be used.

The Michigan teen’s case began on Sept. 5 when he was admitted to St. John Hospital with symptoms of what appeared to be pneumonia. As his ability to breathe became worse, he was intubated a week later.

(MORE: Toxin identified that may have caused vaping-related deaths)

The hospital did not reveal any information about the identity of the teen or his donor, but said he was taken off the ventilator on Oct. 27 and is now working on walking again and regaining his strength. He was still in the hospital as of Tuesday and is expected to be transferred to a rehabilitation facility soon.

“This is a preventable tragedy and we have so much respect for this family for allowing us to share their pain to prevent the same from happening to others,” Nemeh said. 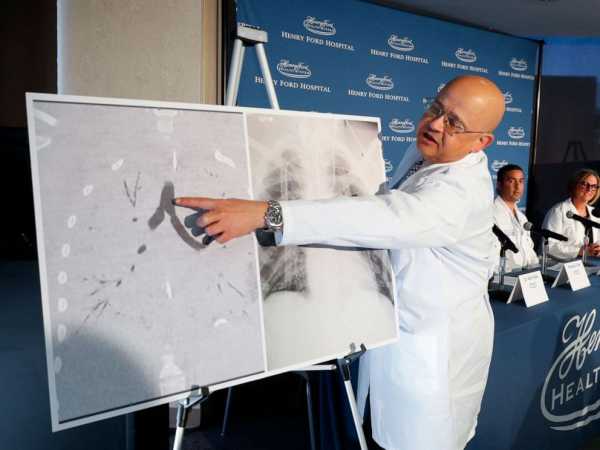 The teen’s family, which said he developed the illness at the age of 16, said he was a healthy, active and athletic kid before “the horrific life-threatening effects of vaping” took affect.

“He has gone from the typical life of a perfectly healthy 16-year old athlete — attending high school, hanging out with friends, sailing and playing video games — to waking up intubated and with two new lungs, facing a long and painful recovery process as he struggles to regain his strength and mobility, which has been severely impacted,” the family said in a statement shared by the hospital. “We are forever grateful to the organ donor and their compassionate family for making the selfless decision to donate the gift of life.”