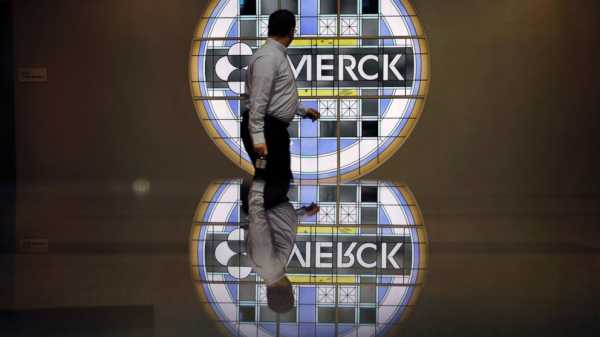 The maker of Januvia diabetes pills and cancer drug Keytruda took a charge of $2.6 billion to cover half of a one-time tax of $5 billion for “repatriating” profits held overseas. The tax will be paid over eight years and the amount may be adjusted.

The Kenilworth, New Jersey-based company said that due to new lower tax rates under the overhaul, it plans to invest about $8 billion in the U.S. and $4 billion elsewhere over five years on capital projects.

Those will include building new medicine factories and research labs, and expanding existing ones, to support manufacturing of new medicines with growing sales and testing of experimental drugs, Merck Chief Financial Officer Rob Davis said in an interview. He said that over time, Merck plans to bring back about $17 billion, “virtually all” of its cash overseas.

Merck also plans to give its nearly 69,000 nonexecutive employees worldwide an unspecified long-term incentive award in the second quarter and to continue ongoing investments in research and business development, as well as buying back shares and supporting its dividend.

Davis told analysts on a conference call that the company expects an effective tax rate of 19 percent to 20 percent this year, down from its norm of around 22 percent, and anticipates the rate could fall another percentage point in future years.

Asked about plans for acquisitions amid the recent spurt of big deals by drugmakers, Merck Chief Executive Kenneth Frazier said he doesn’t favor “large, transformational deals,” but Merck keeps looking for deals that will “make it a top innovator,” Frazier added.

“This was a decent quarter for Merck,” Edward Jones analyst Ashtyn Jones wrote to investors. “We continue to have a favorable view of Merck’s research and development portfolio and expertise in cancer. In addition, the company’s animal health business reported strong growth in 2017.”

Sales of prescriptions drugs rose 4 percent to $9.29 billion, led by diabetes drugs Januvia and Janumet at $1.5 billion. Sales jumped 169 percent to $1.3 billion for Keytruda, one of the top new cancer drugs that work by revving up the immune system to fight tumors. It’s approved for lung, skin and several other cancer types and in testing for others.

Sales of veterinary medicines such as new Bravecto flea and tick killer jumped 11 percent to $981 million in the quarter, while other income from partnerships and other sources fell by half to $162 million.

Merck noted that lost sales due to a June cyberattack cost it $125 million in the fourth quarter and $260 million over the year.

Dozens of Terabits Per Second: Russian Physicists Reveal the Creation of Future Technologies