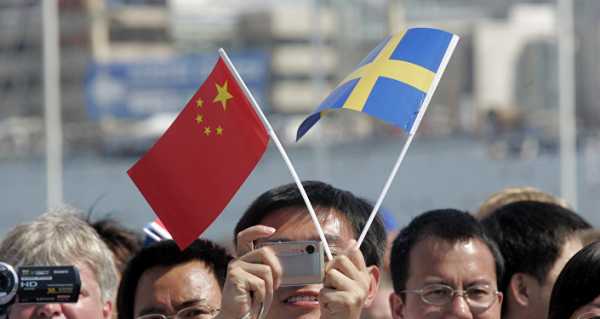 Beijing will soon lose the ability to access its weather and earth-monitoring satellites via ground station locations affiliated with the Swedish Space Corporation (SSC) in Sweden, Chile and Australia.

“The geopolitical situation has changed since these contracts were signed in the early 2000s. We have to assess where we can do business and it’s harder for us to make that assessment regarding the Chinese market now,” Anni Bolenius, SSC’s head of communications, told Reuters on Monday, noting that the contracts cover weather and earth-monitoring satellites.

The company’s Chinese contracts also provided Beijing with “support” for manned missions, according to Reuters.

However, specific end dates for the current contracts were not provided.

SSC noted that it would not enter deals with new Chinese businesses either.

The Swedish Defense Research Agency, which operates under the state’s Ministry of Defense, told public broadcaster Sveriges Television in January 2019 that the country’s normally civilian cooperation with Beijing may have shifted to Chinese military control.

At the time, the SSC noted that “SSC has customers in China within civilian functions such as weather, Earth observation, and space physics since the beginning of 2000.”

“As a Swedish, 100 percent government-owned company, if there is at all any doubt that what you are doing with China could enhance military capability, it doesn’t matter if you can go anywhere else – you’re not supposed to do it,” Rydqvist told the SCMP.

“It’s not good for Sweden, and it could potentially be problematic in our important security cooperation with the rest of the EU and the US. If there’s the least amount of doubt, don’t do it.”

Swedish Institute of International Affairs analyst Viking Bohman argued to the SCMP that “Sweden is waking up to its China challenge” and that the defense researchers’ warning came about as part of a concerted international pushback against China.

A smartphone with the Huawei and 5G network logo is seen on a PC motherboard in this illustration picture taken January 29, 2020

“When European countries are limiting Huawei’s access to their markets, Swedish authorities begin wondering if they should do the same,” Bohman expressed in January 2019, following the launch of a state probe into the safety of Huawei Technologies as it related to 5G network infrastructure.

However, Anders Ygeman, the Swedish minister for energy and digital development, declared in May 2020 that he “sees no problem about [telecommunications company] Tele2 using Huawei when Swedish customers surf on 5G,” according to the Swedish TT News Agency.