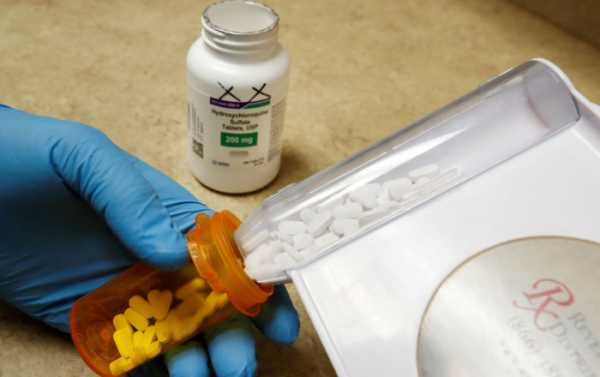 Demand for the anti-malaria drug hydroxychloroquine soared after US President Donald Trump announced that he was taking it as an anti-coronavirus measure, despite that it has never been clinically proven as effective against the COVID-19 coronavirus.

A study published in the New England Journal of Medicine has shown that hydroxychloroquine does not prevent people from getting sick when exposed to COVID-19. The survey was based on the double-blind placebo-controlled test that included 821 people from the United States and Canada who had no symptoms of the coronavirus before being exposed to it under the trial.

The participants were divided into two groups and received either hydroxychloroquine or a placebo 4 days after exposure. After two weeks of treatment, the results showed that the anti-malarial drug was no better than the placebo in protecting a person from COVID-19.

David Boulware, one of the members of the study team from University of Minnesota, outlined that the goal of the research was to know if hydroxychloroquine worked for preventing the disease.

During the study, several members of the trial received minor side effects, but no serious consequences were registered.

The survey outcomes have found little support in US President Donald Trump’s opinion on the drug, which he had been using earlier in May as an anti-coronavirus measure. Trump praised the drug as a “game changer” in the fight against COVID-19 and claimed that “it’s good” when commenting on his own treatment amid warnings from the US Food and Drug Administration that the use of the drug could lead to heart problems if used outside hospital settings.

On Wednesday, the White House physician released updates on the state of the president’s health, saying that he was “in very good health”.

Despite active promotion by Trump and some other epidemiologists, hydroxychloroquine has not been clinically proven to be effective against COVID-19.