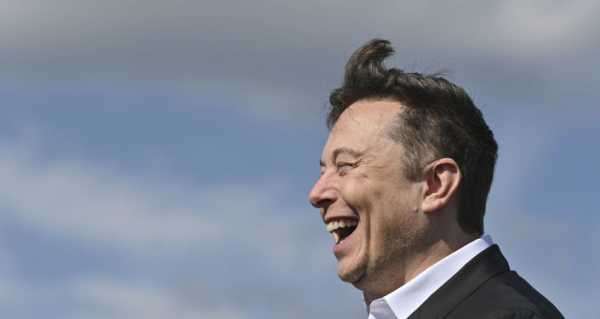 Although the SpaceX chief eventually withdrew the edited cartoon, thousands had already shared it by that time. The version of the cartoon featured a reference to Microsoft’s long dead business venture, the Zune music player, which, Elon Musk seems to have been implying, might get a new lease of life some time soon.

SpaceX chief executive Elon Musk has sent a jibe in the direction of Bill Gates and the Microsoft Zune by tweeting an edited anti-vaccine political cartoon featuring a sketch image of the 65-year-old tech mogul and philanthropist. However, Musk deleted the tweet after it had been shared by more than 5,000 people.

The original cartoon is titled “The Plannedemic” and authored by conservative artist Ben Garrison. It shows grinning Gates leaning over a rolled-out step-by-step plan from implanting fear in the pandemic-hit world, all the way to launching a “Mandatory Vaccine Roll-out”.

In an edited version posted by Musk, the vaccine step had been moved slightly forward because of a different final step being added to the scheme – “Zune Relaunch”, in a reference to Microsoft’s Zune MP3 player, an iPod competitor, which was launched in 2006 and halted five years later.

The edited version of the cartoon moved the “Mandatory Vaccine Roll-out” into the spot held by “Blame President Trump!” in Garrison’s original cartoon. It also cropped the illustration to remove Garrison’s name.
“Soon u will feel strange desire for Zune …” Musk wrote just after midnight on the West Coast. In a follow-up Tweet, which was also deleted, he said: “This is actually happening.”

Garrison retorted saying he had granted permission neither for the original, nor the edited version of his cartoon to be used online. “Regarding the Musk post – I don’t allow my work to be changed nor do I grant permission for vandalised cartoons to be posted,” he told Business Insider via email. “Still, I’m the most trolled editorial cartoonist in the world so it happens.”

In a follow-up statement to explain his cartoon and its artistic message, the cartoonist wrote on his website:

As the Bill and Melinda Gates Foundation has long been known to engage in charity vaccination projects, including against flu and other diseases in developing countries, the Microsoft co-founder has in recent time become a key character of multiple conspiracy theories, in light of the deadly coronavirus pandemic and the universal vaccination drive.

One such theory, albeit drawing on no evidence, claims that Gates was seeking to covertly implant microchips into COVID-19 vaccine recipients. Gates himself has on several occasions exploded these claims.