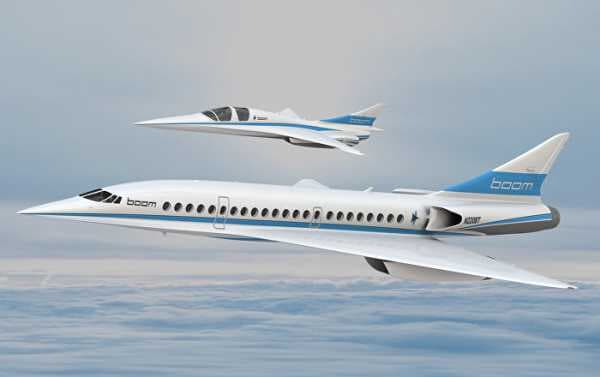 Boom Supersonic has gathered an additional $100 million in funding for the next stage of its project to create an “Overture” supersonic commercial aircraft, planned to fly at more than twice the speed of sound, with a range of 5,180 miles.

A prototype of the plane – XB-1 – is set to fly in 2019. The firm claims that the plane will become “history’s first independently developed supersonic jet and the fastest civil aircraft ever built”, the Independent reported.

The company has also said that once the Boom Overture is in commercial service, such routes as from London to Mumbai, Manchester to Dallas-Fort Worth and Edinburgh to Vancouver will take around four hours – half the time it currently takes conventional jets.

The project to build a viable supersonic transport (SST) is aiming for a jet barely half the size of Concorde: just 55 seats, compared with 100 on the Anglo-French jet. The three-engine Boom aircraft will fly further, use less fuel and be less noisy, with a sonic boom “at least 30 times quieter” than Concorde, the company said.

“Overture will be as quiet as the subsonic aircraft flying similar routes today,” the company claimed, noting that the development of jets capable of travelling at supersonic speeds is necessary for the health of passengers, as sitting in one place for too long causes blood circulation to slow, leading to such problems as deep vein thrombosis.

“From 1903 to 1976, the speed of passenger aviation increased relentlessly from 7mph to Mach 2. Then something broke. Over the last 40 years, not only have we failed to generate further speed increases, we’ve lost supersonic capability.  Supersonic flight removes a critical barrier to new business relationships, new cultural experiences, and more time with loved ones,” the company added.

Boom plans to sell tickets for the same price as “today’s business class” – less than Concorde flights were back in the early 2000s. The routes will be primarily overwater. The company cites routes such as San Francisco to Tokyo – though at 5,155 miles the journey will require a refuelling stop, probably in Anchorage Alaska. Launch customers include Japan Airlines and Virgin Atlantic.

“Our ultimate vision is to reduce operating costs to make supersonic flight even more affordable and accessible,” said Scholl.

Boom is competing with Aerion Supersonic and Spike Aerospace to revive high-speed air travel after it was banned in the US and brought to a halt due to high costs and safety regulations back in 2003.