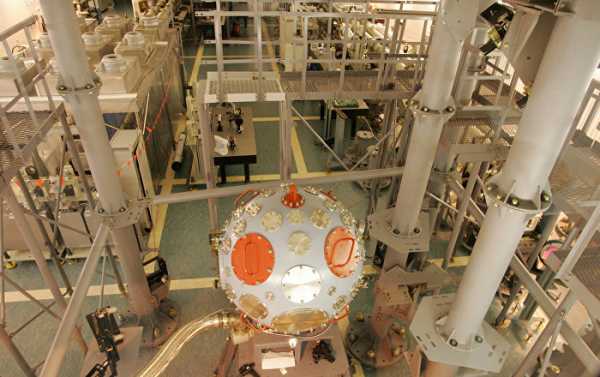 Scientists at Tomsk Polytechnic University (TPU) have found a way to increase the operating time of a nuclear reactor by 75% without replacing the fuel. According to the researchers, this will significantly increase safety and reduce the cost of operating nuclear power plants in remote areas.

The study results were published in the journal Nuclear Engineering and Design.

According to the TPU experts, one of the key problems in the development of hard-to-reach areas, for example, in the Arctic, is ensuring a stable energy supply. The scientists say that very often the only solution is using low-power nuclear plants.

However, the experts note that reloading is a significant problem – the process of replacing nuclear fuel in a reactor – which is one of the most dangerous and time-consuming processes in nuclear energy.

The central hall of the fourth generating unit with a BN-800 nuclear reactor at the Beloyarskaya Nuclear Power Plant in Zarechny, Sverdlovsk Region. (File)

The TPU scientists have carried out theoretical calculations proving the possibility of creating a thorium-based nuclear fuel cycle; according to experts, there are four times more thorium reserves than uranium reserves on the planet. At the same time, thorium fuel has a significantly higher intensity of actively fissile isotopes reproduction necessary for energy production.

In the future, the researchers want to continue experiments in verified application software packages, as well as to perform thermophysical calculations of low-power reactors operating in the thorium-uranium fuel cycle, with the subsequent implementation of the developed calculation methods in the educational process.