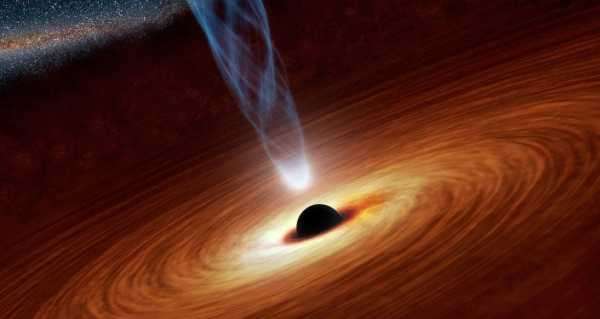 Although dark matter makes up most of the universe, scientists still cannot explain the very nature of it, relying only on studying its gravitational effects on normal matter.

In a recent study at Cornell University, researchers have drawn attention to the possible existence of “stupendously large black holes”, or SLABs, which could be the size of 100 billion suns, or bigger, which could potentially provide further findings on the nature of dark matter.

As of today, the biggest black hole known to scientists is TON 618, which has a mass of 66 billion solar masses.

There is still no evidence such enormous black holes do exist, as well as no suitable theory on how they could form. The conventional assumption that they are born as smaller black holes and then merge with each other has proved to be wrong, because they could not reach supermassive sizes considering the universe’s age.

​This led scientists to believe that black holes have primordial origins, suggesting that just after the Big Bang, when the universe was born, random fluctuations of density might have concentrated enough matter to collapse into black holes, which could serve as “seeds” for large black holes in the future.

The existence of primordial black holes could solve the mystery of dark matter, of which roughly 80 percent of the universe is made, but scientists do not know exactly what it is. It does not emit light, or energy, and researchers have never seen it.

Primordial black holes could be detected through gravitational lensing, or through the effects they can produce on the environment, as they are assumed to be capable of generating heat, light and other radiation. Another way could be through weakly interacting massive particles (WIMPs), which, if they exist, SLABs would gather around them, allowing scientists to detect them by catching high-energy gamma rays resulting from WIMP annihilation.