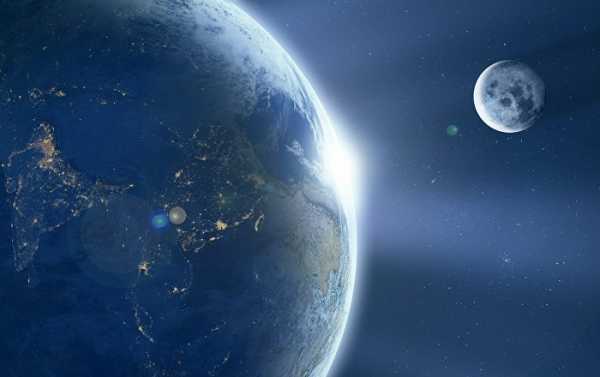 The Russian Academy of Sciences’ Institute of Biomedical Problems has launched a research on zero-gravity’s influence on the human body during flights to the Moon and back, and around 20 people are going to engage in this study that will last for two years, Elena Tomilovskaya, head of the Institute’s department, told Sputnik on Monday.

“The research program is set to last for over two years. We’ve been long conducting the so-called dry immersions [the method of zero-gravity impact simulation during which the test person lies on a film immersed in water], since 1970s, but these were mainly short-term experiments that could last from several hours to 10 days, [they] usually [lasted] from five to seven days. This time, the experiment will last for 21 days. A Moon mission, envisaging a flight there [to the Moon] and back, usually lasts from 14 to 16 days, so, this is a comparable term. We are certainly going to use the results of our research for the preparations for the Moon flight,” Tomilovskaya said.

The experiment will include two stages. During the first stage, 10 people under test will be lying in baths for three weeks. Doctors will supervise their health condition during two weeks before the start of the experiment and during two weeks after its end. The second stage will start in the fall of 2019. During it, a similar experiment will be conducted, along with a series of rotations on a short-radius centrifuge, designed in the Institute of Biomedical Problems. The centrifuge is set to simulate the artificial gravity in space and thus impose load on the musculoskeletal system.

“You’ve certainly read in books and saw in films how gravity is created via a centrifuge in spaceships. Sometimes a spaceship looks like a centrifuge. And the question of how efficient this actually is, is still unanswered,” Tomilovskaya said.

In 2018, six people are set to take part in the experiment, including several employees of the Institute of Biomedical Problems, while in the beginning of 2019, four more test persons will join them, according to Tomilovskaya.

The experiment has no target financing and is carried out at the initiative of the Institute of Biomedical Problems.

“There are several programs of the Russian Academy of Sciences’ presidium, but in general we conduct the research using the funds of the institute and of its several laboratories,” Tomilovskaya said.

Groups of scientists from Romania, Germany and Sweden will participate in the experiment.

On October 4, Dmitry Rogozin, head of Russia’s State Space Corporation Roscosmos, said that in six or seven years, Russia could send the Soyuz spacecraft to the Moon on the Angara carrier rocket.