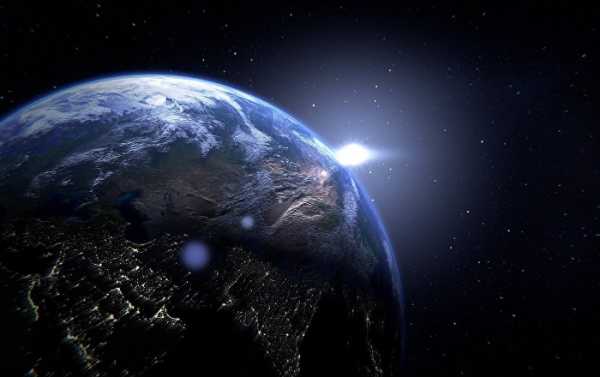 Together with researchers from the Lebedev Physical Institute of the Russian Academy of Sciences and Dagestan State University, scientists from the National University of Science and Technology MISiS (NUST MISiS) conducted a non-invasive examination of an underground space located in the northwestern part of the Naryn-Kala fortress in Derbent.

To study the structure, the experts used muon radiography — a modern method for scanning substances’internal structure. The data obtained with the help of sensors is currently being processed.

This 12-meter structure is located almost completely underground, with only a section of a partially destroyed dome visible above it. This structure was built around 300 B.C. Until recently, it was believed to have served as an underground reservoir for storing water. However, the recent findings of archaeologists show that this fortress is Russia’s oldest Christian church, which was buried by the Arabs, who occupied Derbent around 700 B.C. This is indicated by the cross-shaped section of the building, signs of sealed entrances and the fact that its walls were constructed in accordance with the points of the compass.

However, not all archaeologists agree with this interpretation. It is hard to settle this dispute by digging up the church since, first of all, Naryn-Kala is a UNESCO World Heritage Site, and, second of all, no one knows how the walls of the structure will react to being dug up after having been exposed to the effects of precipitation for so long.

Now NUST MISiS researchers have a chance to scan the building with the help of muon radiography in order to find out what it used to look like. This method has already proved to be effective, as it once helped to find a secret room in the Great Pyramid of Giza.

Not so long ago, a team of researchers at NUST MISiS headed by Professor Natalya Polukhina (Ph.D. in Physics and Mathematics), developed tracking detectors that recognize muons and detect the direction of their movement with high accuracy.

Using the interpreted data from these detectors, researchers can create 3D models of various objects, from meter-wide hollows in soil to cave systems in mountains.

Muon radiography is based on documenting the density of the muon flux. Muons are unstable subatomic particles with a negative charge that are generated in the Earth’s atmosphere. Muons start decaying fast, but before that, they manage to pass through the Earth’s entire atmosphere (every minute, a total of 10,000 muons reaches every square meter of the Earth’s surface), and even get 8.5 kilometers underwater or two kilometers underground.

The higher the density of the material, the faster the muon flux weakens. So if one puts a solid object between space and the detector, a silhouette of the object will appear on the detector over time. If this object has any hollows, they will become visible, too, as muons flying through it will have to pass through fewer layers of high-density material.

Professor Natalya Polukhina, the leading expert at NUST MISiS, is one of the world’s foremost experts in this area. She is currently supervising the installation of muon detectors in the framework of MISiS’ new SHiP experiment (Search for Hidden Particles), which NUST MISiS is conducting at the Large Hadron Collider together with 40 leading global universities.

Preliminary analysis of the fortress conducted by the experts from NUST MISiS and the Lebedev Physical Institute using topographic maps proved muon radiography to be effective. It is important to mention that this method allows scientists to distinguish between materials that have a five-plus percent difference in density, which makes it possible to visualize the exterior of the building.