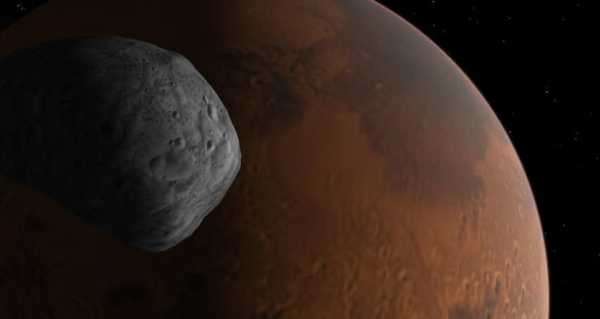 Industrialist and SpaceX founder Elon Musk has slipped something unexpected into the terms of service for the beta version of his Starlink satellite internet provider: recognizing Mars as a “free planet” independent from any earthly authority.

Perhaps it’s a grab for power, or maybe an attempt to avoid the events of Robert Heinlein’s science fiction novel “The Moon is a Harsh Mistress,” or maybe it’s just him poking a bit of fun, but one way or another, Musk has made it so that by using his Starlink satellite internet service, you’re acknowledging Mars as an independent planet.

The clause in question appears in the Compliance section under a subheading concerning the governing powers in cases requiring arbitration. For normal use here on Earth or in Earth orbit, the service abides by the laws of the State of California. But if you hop on a Starship  – the word is notably capitalized, indicating it refers to the reusable launch vehicle SpaceX has been working on since 2012 – or “other colonization spacecraft,” that’s when things get hairy.

Establishing a human colony on the solar system’s fourth planet has been a pet project of Musk’s for nearly two decades.

“If there’s something terrible that happens on Earth, either made by humans or natural, we want to have, like, life insurance for life as a whole,” he said in August at a virtual forum on Mars, according to CNN.

The tycoon mused to Time earlier this month, “Once we take people to Mars, they are going to need a capability to communicate. In fact, I think it will be even more critical to have a constellation like Starlink around Mars.” The anticipated constellation of low-orbit Starlink satellites around Earth could include 12,000 satellites.

“It’s not for the faint of heart,” Musk said of establishing the base, which would be an average of 140 million miles from Earth at any given time. “Good chance you’ll die, and it’s going to be tough going … It’d better be pretty glorious if it works out.”