Mercury will pass in front of the sun on Monday, appearing as a dark spot moving across the star’s bright surface.

Add Space as an interest to stay up to date on the latest Space news, video, and analysis from ABC News.

The cosmic event, which is called a transit, will last for roughly 5.5 hours and started at 7:35 a.m. ET. 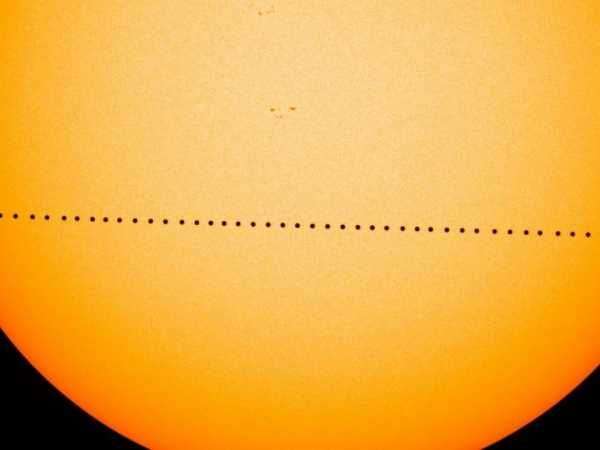 Mercury: How to watch safely as the planet passes in front of the Sun />

A time-lapse image provided by NASA, shows the tiny dot of Mercury sliding across the sun the during the transit of Mercury on May 9, 2016. On Monday, Nov. 11, 2019, the planet Mercury will make another transit across the sun.

Unlike a solar eclipse, you can’t see Mercury’s transit with the naked eye. But stargazers have to take precautions.

NASA recommends heading to a local astronomy club to use a “specialized, properly-filtered solar telescope.”

“You cannot use a regular telescope or binoculars in conjunction with solar viewing glasses,” according to NASA.

Mercury in transit is a major event, and a rare one. We won’t be able to see the transit again until 2032.

If you can’t make it to your local astronomy club, NASA’s Solar Dynamics Observatory will be posting close-up images of the transit, and Slooh is livestreaming the event.