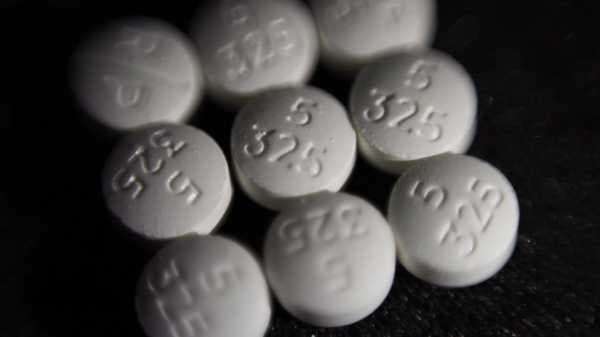 Ohio Attorney General Mike DeWine said Wednesday during the start of settlement talks for more than 250 federal lawsuits filed against pharmaceutical companies and distributors over the nation’s opioid epidemic that he’s encouraged by the judge’s understanding of the problem and commitment to achieving a resolution.

U.S. District Judge Dan Polster in Cleveland has been assigned to oversee what many plaintiffs hope will be a global settlement with the pharmaceutical industry that would also encompass lawsuits filed in state courts. Comparisons are being made to the 1998 lawsuit settlement against tobacco companies that resulted in an agreement to pay $206 billion to 46 states over a 25-year period.

Six state attorneys general, representatives from numerous states and dozens of attorneys from both sides made presentations and answered Polster’s questions in a courtroom closed to the public and the media.

DeWine, a Republican candidate for governor in 2018, had been asked by Polster to speak on behalf of attorneys general in other states that have filed state court lawsuits against the industry.

Polster has called the epidemic “100 percent man-made” and has said other branches of government have “punted” on solving it.

Asked if he heard anything hopeful from the industry’s attorneys, DeWine said, “I didn’t expect to be encouraged by their side.”

Industry attorneys approached outside the courtroom declined to be interviewed.

Communities across the country have been ravaged by an epidemic that involves highly addictive painkillers like OxyContin and Vicodin, their generic equivalents and deadly street drugs like fentanyl and heroin. The Centers for Disease Control and Prevention has said 42,000 people died of opioid overdoses in 2016, a number that’s expected to climb even higher once 2017 deaths are tallied later this year.

In addition to DeWine, attorneys general from Kentucky, Tennessee, Alabama, North Carolina and Virginia attended the settlement talks. It wasn’t clear how many representatives from other states were in Polster’s courtroom.

Kentucky Attorney General Andy Beshear, a Democrat, said Wednesday that efforts to hold the pharmaceutical industry accountable for the damage they’ve wrought is a bipartisan effort.

Beshear and DeWine said massive amounts of money are needed to deal with an epidemic that is costing their states billions of dollars a year. They said money is needed to pay for drug treatment and education and to buttress social service and law enforcement agencies serving on the front lines of the epidemic.

Beshear said his hope is to see multinational corporations that have made billions of dollars selling painkillers become part of the solution.

“If you call yourself a health care company, and not simply a for-profit corporation, you should be willing to do that,” Beshear said.