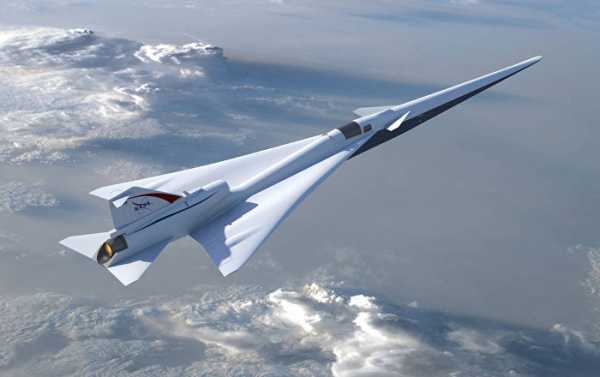 Following decades of research, the US National Aeronautics and Space Administration (NASA) has completed lab testing for a supersonic aircraft that can achieve supersonic speed without the “boom” of breaking the sound barrier, but with just a softer thump.

The initial design review for the experimental plane completed testing in a 2.5-meter by 2-meter supersonic wind tunnel in late January at NASA’s Glenn Research Center in Cleveland, Ohio. The successful testing cleared the way for NASA to move ahead on testing the X-plane demonstrator in actual flight.

The Quiet Supersonic Transport (QueSST) aircraft’s primary mission objective is to “fly at supersonic speeds, but create a soft ‘thump’ instead of the disruptive sonic boom.”

The Anglo-French-developed supersonic passenger aircraft, Concorde, zipped passengers from London to New York in about 3.5 hours instead of the normal seven to eight hour flight time. The aircraft’s loud boom during take-off and over the skies of populated areas, though, led to community protests complaining of noise pollution and outright bans on the Concorde from flying through their airspace.

The QueSST program’s next step is to hire a contractor to build the piloted, single-engine aircraft, with the goal of taking flight around 2021.

“Supersonics has been a dream for a long time — cut your travel time in half. It’s a good industry for the US to be getting into. Subsonic commercial airplanes are being built worldwide now. We need some new markets, some new vehicles,” says Peter Coen, commercial supersonic technology program manager at NASA.

Russian Scientists Create Device to Detect Any Virus in the Air