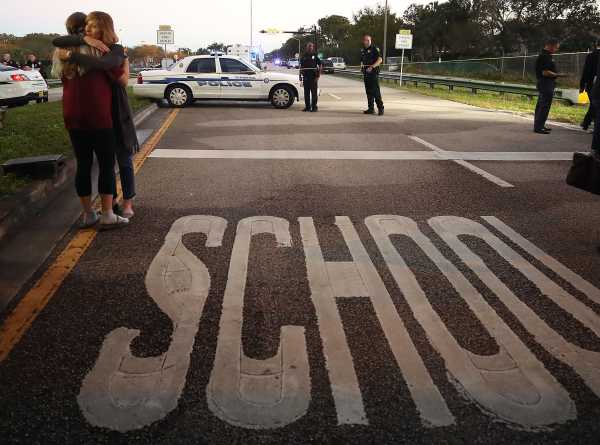 On Wednesday, we learned that 17 students were killed by a young gunman at a high school in Parkland, Florida.

We were told it was the 18th school shooting in the United States this year; that there have been 1,607 mass shootings since the slaughter in Newtown, Connecticut, in 2012. We were reminded it was only five months ago that a gunman killed 58 in Las Vegas, and that a year and a half has passed since 49 died in a nightclub shooting in Orlando.

But no. It’s human to feel numb.

There’s a profound and infuriating psychological concept that can help explain increasing numbness in the face of long, slow-burning tragedy like mass gun violence in America. It’s this: As the number of victims in a tragedy increases, our empathy, our willingness to do something, reliably decreases.

This tendency is called psychic numbing. It describes how tragedies turn into abstractions in our minds, and how abstractions are easily attenuated and even ignored.

“There is no constant value for a human life,” University of Oregon psychologist Paul Slovic, the leading expert on psychic numbing, told me last year in an interview I can’t stop thinking about. “The value of a single life diminishes against the backdrop of a larger tragedy.”

One of Slovic’s recent studies demonstrated this simply. Slovic and his colleagues asked participants how willing they would be to donate money to children in need. And all it took was raising the number of victims from one to two to see a decrease in empathy and donations to the children.

In another experiment, Slovic found participants were less likely to act on behalf of 4,500 lives in a refugee camp if the camp had 250,000 inhabitants than if it had 11,000, even though 4,500 lives should be as important in any context. It’s infuriating.

We can understand individuals: It’s why stories about one sick child often overshadow massive crises. Remember Charlie Gard, the 11-month-old UK resident with a rare fatal disease? Some Republicans in Congress wanted to make Gard a US resident so he could get experimental treatment here. Those same Republicans voted for legislation that would have taken health care away from millions.

Similarly, the first time something horrible happens, it really hurts. When a pair of students killed 12 classmates and one teacher in Columbine, Colorado, in 1999, it was like a lightning bolt hit the nation. The news got round-the-clock press coverage. It awakened many to the very concept of a school shooting. But now these shootings pass in and out of the news cycle with an unnerving breeziness.

Our feeling system doesn’t do math. “It’s maximized at the number one: ‘Protect myself. Protect the person in front of me,’” Slovic said. “People who are like us, near us, near in time, things like that, we get a strong, emotional response when they’re in danger.”

One death is a tragedy; 1,846, the number of people killed in mass shootings since Sandy Hook, is an abstraction. Perhaps that’s why the go-to response for many — “thoughts and prayers” — is also an abstraction.

So why do we grow so numb?

One main reason is a feeling of helplessness. As the number of victims in a tragedy grow, we feel more and more powerless to help. So we shut down those feelings of empathy.

And, of course, not everyone is numb. But the people who can make the biggest difference — Republicans in Congress — seem to be. And I’m not sure there’s research on what can snap them out of their numbness, because that numbness is also held in place by their partisan identities, by their devotion to Second Amendment rights, and their constituents who feel as they do.

Fighting through the numbness is hard; it goes against our instincts. But as the research suggests, if we allow for more mass shootings to happens, for the number of dead to keep climbing, numbing will only grow worse.