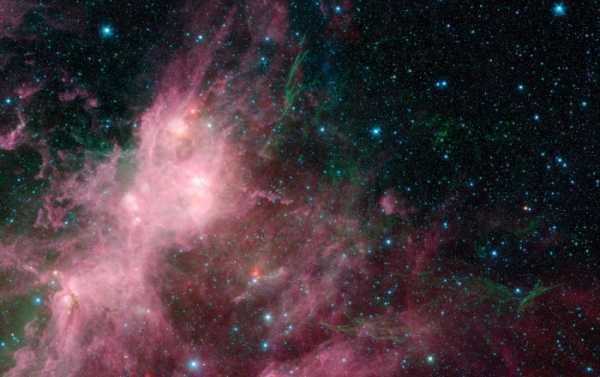 An explosion of a titanic star spotted by NASA’s satellite in January 2019, has produced some odd effects that scientists have not been able to properly address.

Mysteriously low levels of polarisation that have occurred from the gamma-ray burst (GRB) of a giant star in a 4.5-billion-light-years-away galaxy, designated as GRB 190114C, have been puzzling astronomers for some time now.

According to the study that has just been published in the Astrophysical Journal, a low polarisation, initially measured at a 7.7% level and then dropping even lower, in contrast to at least 30-percent level expected, could have been explained by a collapse in the magnetic field, but the exact reasons behind this phenomenon still remain unclear.

According to the scientists, the blast from the explosion formed a “forward shock”, which is never polarised. However, another resulting effect of “reverse shock” should still carry some traces of the magnetic field ejected from the black hole, to which the massive star’s iron core collapses into. It still remains unexplained then why did magnetic field dissipate so “catastrophically” in case of GRB 190114C, and also why did it produce such unusually high energetic emissions.

Meanwhile, another researcher, Andrew Levan, pointed out that the GRB 190114C’s location and environment around it could have explained the reasons behind its mysterious characteristics.

Gamma-ray bursts are usually very energetic and bright explosions of massive stars can be observed in distant galaxies with low levels of heavy metals.