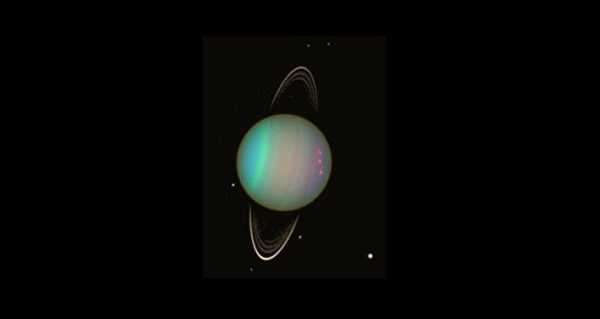 Effectively mapping the sources of the X-rays from Uranus could help astronomers get a grip on how puzzling objects in space, like supergiant black holes, emit X-rays.

Astronomers have for the first time detected X-rays coming from Uranus: they are mostly reflections from the sun, but a bunch of them are supposedly being emitted from “the weirdest planet” in the solar system, as Uranus is called, itself. The new research was published on Wednesday in the Journal of Geophysical Research.

The team suggested it is the rings enveloping the planet that are responsible for producing the X-rays, similarly to how it is known to happen on Saturn.

“If these energetic particles collide with the rings, they could cause the rings to glow in X-rays.”

Alternatively, they could come from auroras, like they do on Jupiter. Auroras typically occur when high-energy particles come into some contact with the atmosphere.

Astronomers looked at shots of the planet taken by NASA’s Chandra Observatory in 2002 and 2017, noticing clear signs of X-rays in the first observation, as well as a possible flare, which likewise points to X-ray emissions, in the second.

Yet, not all of the weird activity can be explained.

“If further observations confirm this, it could have intriguing implications for understanding Uranus.”

NASA said that Uranus is a very special target for X-ray analysis, due to the “unusual orientations” of its spin axis and its magnetic field, while an in-depth study of its X-ray emissions promises invaluable insights the planet and its environment at large. Also, the knowledge of this could help astronomers better understand how more exotic objects in space, such as growing black holes and neutron stars, emit X-rays.

Data on the planet captured dozens of years back, in 1986, by NASA’s Voyager 2 spacecraft — the only craft to fly by the planet — is still intriguing and inspiring follow-up analysis.

Last year it emerged that during the landmark mission, the spacecraft happened to fly through a plasmoid (a giant magnetic bubble that ostensibly cut off part of the planet’s atmosphere), releasing it into space.