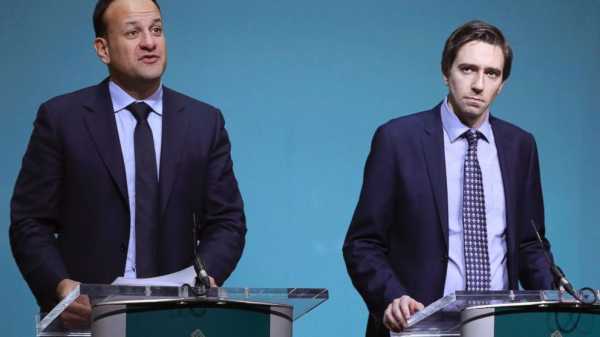 Irish women are having abortions regardless of a near-total constitutional ban on terminating pregnancies, the country’s health minister said Tuesday in defense of a planned referendum that will ask voters whether the amendment should be repealed.

Health Minister Simon Harris said on Ireland’s RTE television that he is beginning work on a proposed abortion law that would be submitted to parliament if the May referendum removes the constitutional ban. The legislation would allow abortions during the first trimester, he said.

“Whether the Eighth Amendment is in our Constitution, or indeed not in our Constitution, abortion is a reality for Irish women,” Harris said. “I cannot close my eyes and block my ears to the fact that 3,265 of our citizens travelled to the U.K. in 2016” for abortions they could not obtain legally in Ireland.

Irish Prime Minister Leo Varadkar announced Monday that the referendum to be held in late May will ask voters if they want to keep the anti-abortion amendment or repeal it so parliament can consider new legislation. The replacement law only would be put forward if voters support repeal.

The amendment enacted by referendum in 1983 makes predominantly Roman Catholic Ireland the most restrictive country in Europe on abortion. It commits authorities to defend equally “the right to life of the unborn” and “the equal right to life of the mother.” Abortion is legal only when a woman’s life is in danger.

Varadkar, who leads the center-right Fine Gael party, said he would campaign to ease the abortion ban. It represents a change of heart for the prime minister, who had earlier described himself as anti-abortion.

“This is now a matter for the Irish people. It is in their hands. I think it is right that Irish people should be asked this question,” he told parliament Tuesday

The U.N. Human Rights Committee said in a 29-page report in 2016 that Ireland’s abortion ban subjects women to discriminatory, cruel and degrading treatment. The committee of experts from 17 countries said the amendment violated the U.N. International Covenant on Civil and Political Rights.

“This would give the people of Ireland the chance to remove a human right, removing the right to life of babies in their mothers’ womb,” Sherlock said. “This should not happen in a democracy.”

Linda Kavanagh, a volunteer spokeswoman with the Abortion Rights Campaign group, said the 1983 amendment had made it difficult for health professionals to provide the best care for women with complicated pregnancies.

Kavanagh thinks public sentiment in Ireland has changed, as shown by the 2015 referendum vote that legalized same-sex marriage.

“I think Ireland is moving away from its dark history of trying to control women’s bodies,” she said. “We are a Catholic country. I know a lot of countries are looking at us. The world is watching.”