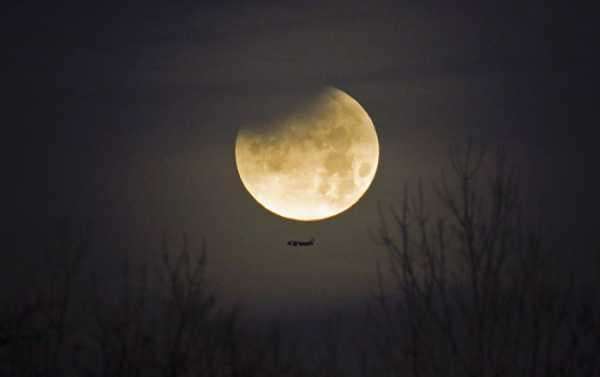 India’s space agency, the Indian Space Research Organization (ISRO), is prepping for its second mission to the moon, which is scheduled for blast off around April 2018.

The objective for the venture is to explore the lunar south pole.

Dubbed Chandrayaan-2, the spacecraft is expected to take an estimated one to two months to reach lunar orbit. Once the craft is in position, a lander will then detach itself and navigate toward the Earth’s moon. After touching down on the rocky surface, a rover will depart the lander and begin its exploration of the southern region.

“Chandrayaan-2 is a challenging mission as for the first time we will carry an orbiter, a lander and a rover to the moon,” K. Sivan, chairman of the ISRO, told the Times of India. “The rover has been designed in such a way that it will have power to spend a lunar day or 14 Earth days on the moon’s surface and walk up to 150-200 metres. It will do several experiments and on-site chemical analysis of the surface.”

“The rover will then send data and images of the lunar surface back to the Earth through the orbiter within 15 minutes,” the chairman added.

Since the rover can only store up to 14 days’ worth of power, Sivan indicated that until it is able to collect enough sunlight and recharge itself, it will remain in sleep mode.

“We are hoping the rover will again come alive whenever that part of the moon gets sunlight and recharges the rover’s solar cells,” Sivan said. “Besides the rover, the orbiter will also capture images of the moon while orbiting it.”

When asked about a more concrete launch date, Sivan told the publication that it depends on several different factors.

“All three components of the lunar module are almost ready. Currently, their integration is going on,” he said. “Once the module is ready, it will have to go through rigorous tests. The launch date will depend on various factors like the moon’s relative position with respect to the Earth.”

The spacecraft, which will be launched using a Geostationary Satellite Launch Vehicle Mark II rocket, is set to take off from the Satish Dhawan Space Center in Sriharikota, in the southeastern state of Andhra Pradesh.

Prior to the Chandrayaan-2, the agency launched the Chandrayaan-1 in October 2008. Though the mission was expected to last for two years, it only lasted roughly 10 months after the orbiter stopped communicating with the station in August 2009.