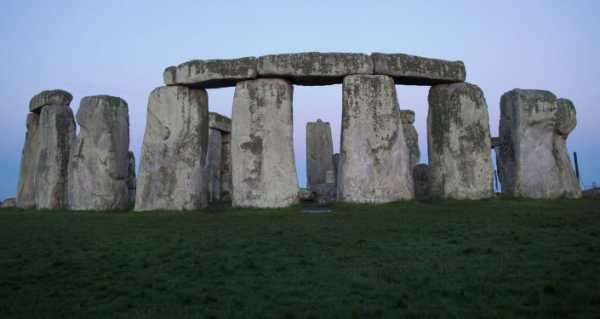 According to the results of the study, published on 12 February in the journal Antiquity, researchers began excavation in 2017 at the Waun Mawn site where they discovered two stoneholes with “emptied sockets” from where a standing monolith were removed.

The iconic stone circle monument Stonehenge in the UK could have been built in Wales, claims a new study conducted by British scientists. The archaeologists uncovered the remains of a stone circle in Preseli Hills, which they said could be Britain’s oldest stone monument. Dating back to 3,400 BC, the scientists say it is also one of the largest monuments consisting of between 30 and 50 stones.

Researchers say the stones they discovered at Waun Mawn are similar in size and dimension to those at Stonehenge. Moreover, three monoliths in Salisbury Plain are exact matches to the stone types in Wales. The Welsh monument also has the same diameter as the ditch that encircles Stonehenge and both monuments were built to align with the Sun.

The scientists estimate that the Welsh monument was dismantled around the time the first phase of Stonehenge’s construction began and the descendants of those who built the monument carried the stones to Salisbury Plain.

Why Dismantle the Stone Circle Monument?

The archaeologists assume that the taking down of the Waun Monument could be linked with migration from Preseli Hills to Salisbury. Previous studies showed that human and animal remains discovered at Stonehenge have chemical signatures that suggest those individuals and animals spent their early years on the Welsh coast. Radiocarbon dating of the area demonstrated that the presence of human and farm animals ended at Preseli Hills around the time the stone circle monument was dismantled. Scientists can’t say why the people left.

One may wonder, why did people carry such humongous stones to the Salisbury Plan? The scientists involved in the study say this was a way to connect with their ancestors and the past.