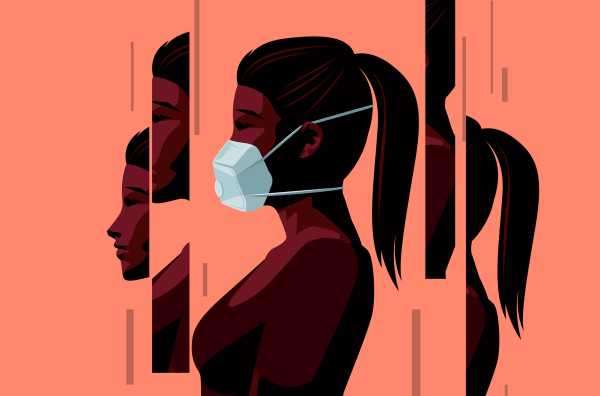 You’ve probably heard it by now: Covid-19 is not going away. The broad consensus among experts is that it’s not realistic to think we’re going to totally eradicate this virus. We will, however, see it move out of the pandemic phase and into the endemic phase.

That means the virus will keep circulating in parts of the global population for years, but its prevalence and impact will come down to relatively manageable levels, so it becomes more like the flu than a world-stopping disease.

For now, “we have to remember that we are still in a pandemic with this virus,” said Jen Kates, director of global health and HIV policy at the Kaiser Family Foundation. “We’re not yet at a point where we’re living with endemic Covid. When we get to that point some of this will be much easier, but we’re not there.”

So, how will we know when we are there? Is there some clear threshold or some magical metric that will tell us, objectively and undeniably?

For an infectious disease to be classed in the endemic phase, the rate of infections has to more or less stabilize across years (though occasional increases, say, in the winter, are expected).

“A disease is endemic if the reproductive number is stably at one. That means one infected person, on average, infects one other person,” explained Boston University epidemiologist Eleanor Murray. “Right now, we are nowhere near that. Each person who’s infected is infecting more than one person.”

That’s largely due to the hyper-contagious delta variant and the fact that most of the global population doesn’t yet have immunity — whether through vaccination or infection — so susceptibility is still high. (For a while, there had been hope that the arrival of vaccines would mean we could reach herd immunity — that is, when enough of a population has gained immunity to confer protection to everyone. But those hopes have been dashed as we’ve failed to vaccinate enough people and more contagious variants have circulated widely.)

4 lessons from the early pandemic that no longer apply

But getting the virus’s reproductive number down to one is just “the bare minimum” for earning the endemic classification, Murray said. There are other factors that come into play, too — and assessing these factors is a more subjective business.

In general, a virus becomes endemic when we — health experts, governmental bodies, and the public — collectively decide that we’re okay with accepting the level of impact the virus has. And obviously, that’s a tricky thing: People will differ as to what constitutes an acceptable level.

The multiple factors that determine when a disease is endemic

The worst outcome from becoming infected with a virus is obviously death. The flu, for example, kills between 12,000 and 52,000 Americans each year, according to CDC estimates.

Is that figure “acceptable” or too high?

“The way I think about it, even with influenza, that’s too much,” Joshua Petrie, an epidemiologist at the University of Michigan School of Public Health, told me.

But as a society, we’ve implicitly decided that we will accept that level of mortality rather than taking measures to lower it by, say, wearing masks in winter or mandating flu vaccines.

Similarly, with Covid-19, people will disagree about what constitutes an “acceptable” level of mortality.

“I am not prepared to say what the appropriate benchmark is yet, but it certainly is much, much lower than where we are, and much closer to where the flu is,” Kates said.

Mortality isn’t the only type of impact we need to take seriously. Covid-19 can lead to long-haul symptoms in a minority of cases — estimates range from 10 to 30 percent in unvaccinated people, with a small number of vaccinated people also affected. The symptoms, like brain fog, memory loss, and fatigue, are sometimes so debilitating that the condition is recognized as a disability under the Americans with Disabilities Act. The reasons why some people get “long Covid” and others recover quickly are still not well understood, and the path to effective treatments for long-haulers is uncertain.

In determining endemicity, Murray said she’d look at the availability of treatments for long-haulers as well as treatments for people in the early stages of the disease (Merck’s pill molnupiravir, which the pharma giant said cuts hospitalizations in half for at-risk patients, looks like it’ll be helpful in this regard). She’d also consider other factors like ICU and hospital bed capacity, supply-chain issues, and whether the use of medications for Covid-19 is detracting from the supply of those medications for other chronic conditions that they’d normally be treating.

“What you want is to get to a stage where you don’t have to worry about disruption because of Covid,” Murray told me. “The pandemic is over when the crises stop — not just when we get to a certain level of death.”

Again, though, determining when something stops being a crisis can be a bit subjective.

There’s one imminent development that makes Murray hopeful about the pandemic phase winding down in the US by 2022: Vaccines for 5- to 11-year-olds are expected to be approved within weeks. “I think once we have vaccines for all ages, I’m a lot more hopeful about the control situation in the US,” she said. Vaccinating school-going kids is crucial both because it’ll protect them and because it’ll limit spread in the community.

Will we get an official declaration saying the state of emergency is over?

In March 2020, the World Health Organization declared the novel coronavirus a pandemic. Soon after, the US government declared a national emergency. Then, one by one, states followed suit.

As we move toward endemicity, we can expect to watch this process happen in reverse, experts told me.

First, we’ll likely see individual states declaring an end to the emergency (some states already have). This will be staggered. Some areas, notably those with high vaccination rates, will reach a reasonable approximation of endemicity sooner than others.

On a national level, “the CDC may pull back our state of emergency in the US if cases remain low at some point in the future,” said Tara Smith, an epidemiologist at Kent State University.

“But we still have a long way to go in controlling the virus around the globe,” she added. “A pandemic by nature is global, and while we’re doing better in the US and other wealthy countries, vaccine availability in many low- and middle-income countries has been atrocious.”

The WHO will eventually declare an end to the global pandemic, just like it’s done in the past for, say, the H1N1 “swine flu” pandemic. You just shouldn’t expect to hear the WHO’s declaration anytime soon.

Why you’re not getting a delta-specific booster yet

But that doesn’t mean you can’t move forward with your life in the meantime.

If you live in the US, “it’s certainly possible” your region will be reasonably classed as being in the endemic phase in 2022, Petrie said. When the time comes, your state health department and local officials will likely make an announcement, based partly on the virus’s objective reproductive number and partly on the more subjective criteria above.

And until then? Rather than thinking of endemicity as an on-off switch next year, plan to think of it as a dimmer switch, Petrie told me. He plans to keep an eye on the CDC’s county data tracker to monitor local transmission levels. When his county is no longer in the red zone, he’ll start to feel more comfortable doing more public activities. We all have different levels of risk tolerance, so, for a while yet, we’ll be making our own subjective choices about which thresholds feel safe enough.

“As we’re transitioning to a more endemic level,” he said, “I think adjusting your behavior based on what’s happening locally makes a lot of sense.”

A version of this story was initially published in the Future Perfect newsletter. Sign up here to subscribe!