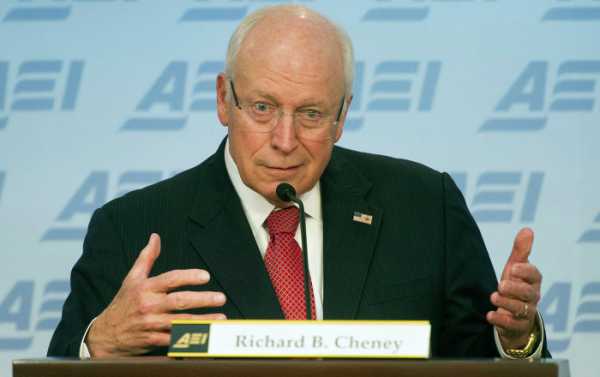 This comes as the US has seen a spike in coronavirus cases following the recent lifting of safety measures that were introduced to curb the spread of the disease. On 26 June, the country recorded more than 47,000 news cases. Infectious disease chief Dr Antony Fauci says the nation has a serious problem that can only be solved by acting together.

Former Vice President of the United States Dick Cheney started trending on Twitter after his daughter Liz Cheney uploaded a photo of him wearing a mask. Liz Cheney, who is a GOP representative from Wyoming, captioned the post with the sentence: “Dick Cheney says WEAR A MASK” along with the hashtag #realmenwearmasks.

​The Cheneys’ concern for the health of their compatriots backfired, however. The post received almost 13,000 comments, most of which were highly negative. First users spoke about the former vice president’s push for the invasion of Iraq in 2003, which ultimately led to the deaths of hundreds of thousands of people and destabilised the Middle East. Back in 2003, Cheney insisted that Baghdad possessed weapons of mass destruction and had collaborative ties with Al-Qaeda, claims that were later disproven by investigation.

Netizens then reminded Liz Cheney that her father supported torture during the questioning of terror suspects.

​And then they recalled a hunting accident that Cheney was involved in 2006. Back then, he shot Texas attorney Harry Whittington with a shotgun during a quail hunt. Both men insisted that the incident was an accident, however contradictory testimonies of witnesses present at the scene sparked rumours and the incident became the subject of numerous jokes in popular culture.

​At the same time, some users contended that it’s vitally necessary to wear masks in public to stop the spread of the coronavirus. The United States has the highest number of cases (2.5 million) and the largest death toll, and has recently seen a dramatic increase in infections.